ST. GEORGE – The opening weekend for the Dixie State fall athletics could be deemed successful despite mixed results in the win-loss column. The football team traveled to Grand Junction, Colorado to take on Colorado Mesa University. The Red Storm came away with a hard-fought loss in overtime, but put 640 yards of offense against a top-10 nationally-ranked defense from last year. The volleyball team split four games at the Seattle Pacific Tourney. Coach Robyn Felder got her first look at newcomer Edithza Urias and liked what she saw. The women’s soccer team handily beat Cal-Poly Pomona Saturday night after drawing against Chico State Thursday. The men’s soccer team held highly-touted Cal-Poly Pomona to a scoreless draw. The cross country team also fared well in its opening competition.

Griff who? One of the questions coming into this season was how to replace all-conference quarterback Griff Robles, a dual threat passer/runner who led the GNAC in total yards last year. That question was answered resoundingly by sophomore transfer Hayden Gavett. Gavett rushed for 119 yards and one touchdown. He threw for 339 yards to 11 different receivers. He found tight end Dalton Groskreutz for two touchdowns. “We probably won’t face another quarterback this year with that much talent,” said Colorado Mesa head coach Russ Martin in his post-game interview. “Those yards do not come easily against this defense.”

Colton Peterson and Myles Burton both rushed for more than 100 yards and a touchdown. The defense held the Maverick attack most of the night, forcing CMU to go three and out on seven different drives. However the special teams yielded 236 yards on four kickoffs, including a 95-yard return for touchdown on the first play of the game.

The Red Storm set out on the road again next Saturday to open Great Northwest Athletic Conference play against Central Washington. Kickoff at Tomlinson Stadium is scheduled for 1 p.m. Pacific (2 p.m. Mountain).

Coach Robyn Felder’s squad traveled to Seattle to compete in the Seattle Pacific Tourney. The Red Storm were the only team to play four matches and came away with a split, 2-2.

They opened the tourney with a loss in straight sets to Cal State-Los Angeles. The defeat was convincing as the Red Storm came out with uninspired play. “It definitely was a problem with our side of the net,” said middle blocker/hitter Makenzi Bird. “Nothing against them, but we beat better teams later in the weekend. We just came out flat and could not correct it when we should have.”

In the Friday night game, the Red Storm corrected course and beat Chico State in straight sets. They followed that victory up with a straight set victory over Cal-Poly Pomona. “I was impressed that the girls were able to bounce back after the initial disappointing loss,” said Felder.

Saturday night, the Red Storm faced the home team Seattle Pacific. After DSU won the first game, SPU seized the momentum with a victory in the second game and rode that to three consecutive games to take the match. “Momentum is very important in our sport,” said Felder. “Great teams are able to break those scoring streaks and go on streaks of their own. We have the talent and experience to do that. We need leaders to step up.”

Dixie State kept Cal Poly Pomona off the scoreboard for 110 minutes on Saturday at Hansen Stadium. Coincidently, CPP did the same to the Red Storm. Two overtimes were not enough to see a ball find the back of the net resulting in a 0-0 non-conference draw.

Dixie State was outshot 21-13 for the match by the Broncos, but the Storm had two good shots in the final 20 seconds that fell just short. A shot by Jara Eshete was saved, but gave DSU a corner kick. Off the Santiago Alejandro corner, freshman Frank Mellek laced a shot just wide with two seconds left on the clock.

Mellek led DSU with four shots while Alejandro added three of his own.

“Our defense was outstanding,” said Dixie State head coach Danny Ortiz. “Their team had three goals in their first game and have a talented offense. But we had great communication on our backline and helped out our goalie quite a bit.”

Dixie State heads out to Southern California for a match on Thursday at UC San Diego and on Saturday at Cal State San Bernardino.

Dixie State posted its first victory and shutout of the 2014 season, downing Cal Poly Pomona 3-0 on Saturday night at Hansen Stadium. The Red Storm allowed only five shots on goal and outshot the visiting Broncos 18-15 for the match. DSU goalkeeper Stacie Gubler earned her first shutout of the season, the third of her career.

Forward Jennifer Mason had two goals and an assist, and midfielder Jasmine Arollo netted her first Dixie State (1-0-1) goal. Freshman Montana Tanner and senior Emily Fox each tallied assists on the Mason goals. “Emily had a great game defensively,” said Mason. “She did not let anyone get behind her all night.”

Arollo got Dixie State going in the first half, taking a pass from Mason in the 13th minute, dribbling once past a defender and launching a shot into the right side of the goal. DSU had three other looks in the final five minutes of the first half to make the score 2-0 including a last-second attempt from Cortney Millgate that was blocked away. “We had trouble marking their rotations,” said Dixie State coach Kacey Bingham. “It took us some time, but shortly before the end of the first half we figured out what they were doing and made some adjustments.”

Dixie State broke the match open early in the second half. In the 53rd minute, Mason redirected a corner kick from Tanner into the net for a two-goal lead.

The corner kick proved pivotal again in the 78th minute. Mason headed in the Fox corner for her second goal of the match.

“Both of my goals came off corner kicks,” said Mason. “The first from Tanner slipped through traffic and I got it on the back post. The second from Fox found me perfectly for a header in front of the net.”

The Dixie State men’s and women’s cross country teams began the season at the George Kyte Invitational. The women finished second in their division while the men finished eighth. 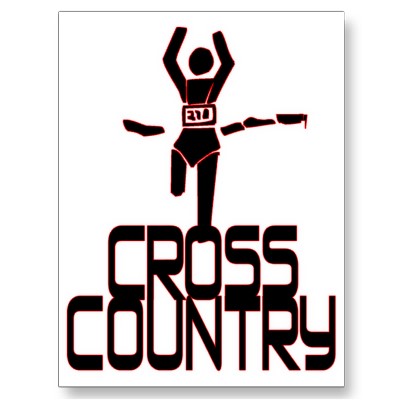 Dixie State will travel to the UNLV Invitational on Sept. 20.