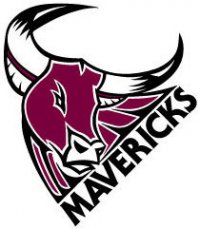 GAME OUTLOOK
This is a matchup between top defensive teams. Offenses for both teams still have several question marks. The Mavericks became one-dimensional with the run when their two freshmen quarterbacks were ineffective. Kaiser began the year as the starter before Duran took over mid-year. Duran was also eventually benched before the season completed. Dixie must stop the run. Trinidad is very small but very fast. Containing him will be the key. On offense, Gavett will face a fast, opportunistic defense in his first game at the helm. Burton and Davis could have huge roles today as the run game will have to be successful to keep the Maverick defense honest. The chess game between coaching staffs should be interesting. Look for some big gains on misdirection plays as both defenses swarm to the ball.