At about 3:55 p.m., a maroon Honda SUV driving westbound on Red Cliffs Drive attempted a U-turn at the intersection of 2450 East and collided with two vehicles heading eastbound, Alexis Barrett, a witness to the accident, said. The Honda pushed one of the vehicles into the dirt near the interstate; the other vehicle was able to move to the side of the road.

The St. George Fire Department and an ambulance responded within three minutes of the accident, Barrett said. None of the parties involved in the collision were transported to the hospital, however.

“Someone was looking out for them, since no one was hurt,” Barrett said.

The Fire Department cleared the scene quickly and traffic was able to resume, St. George Police Sargeant Sam Despain said. The driver of the Honda was issued a citation for an improper U-turn. 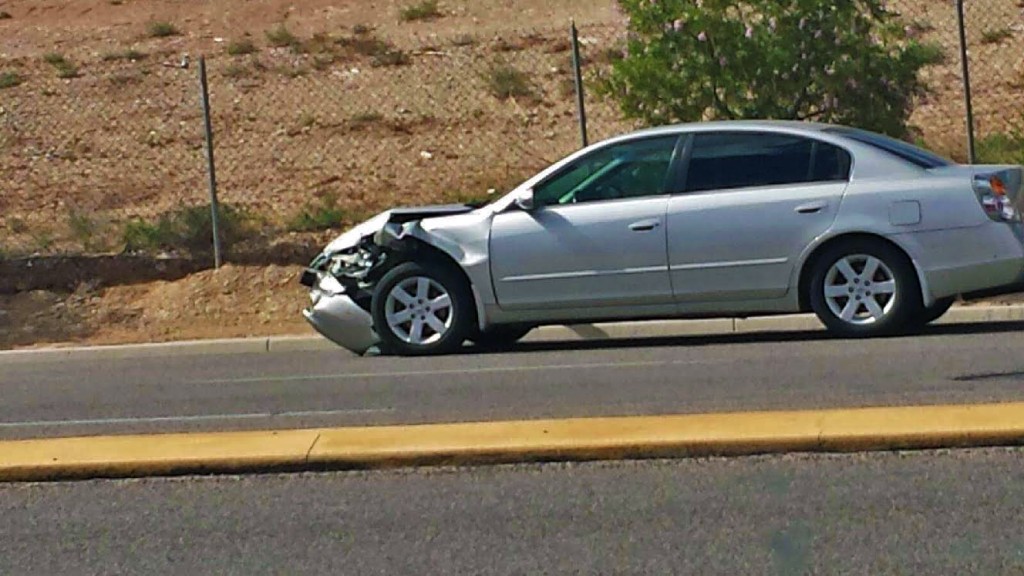 One of the cars involved in the accident on 2450 East and Red Cliffs Drive sits in the road after colliding with a Honda, St. George, Utah, Sept. 4, 2014 | Photo courtesy of Alexis Barrett, St. George News 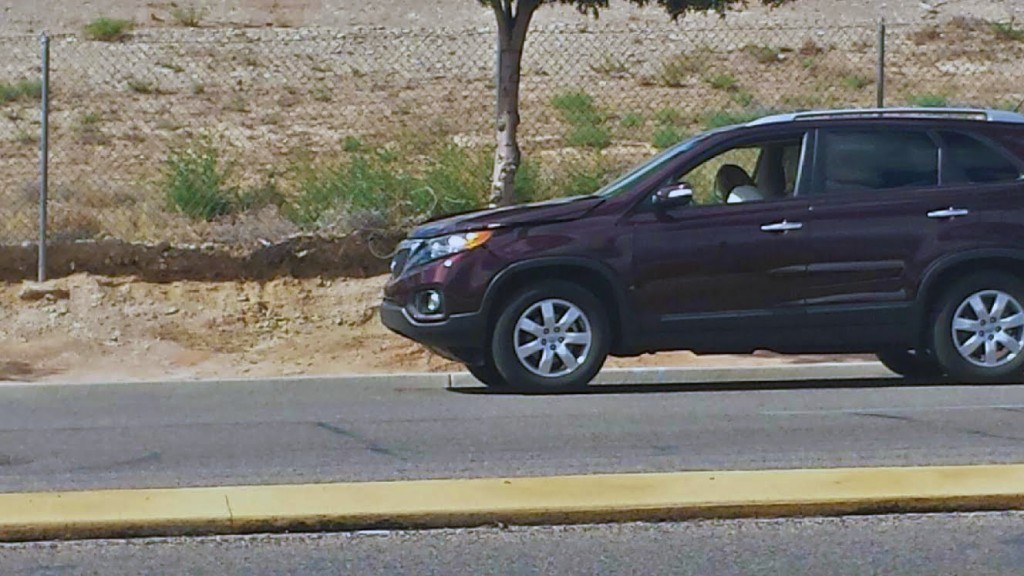 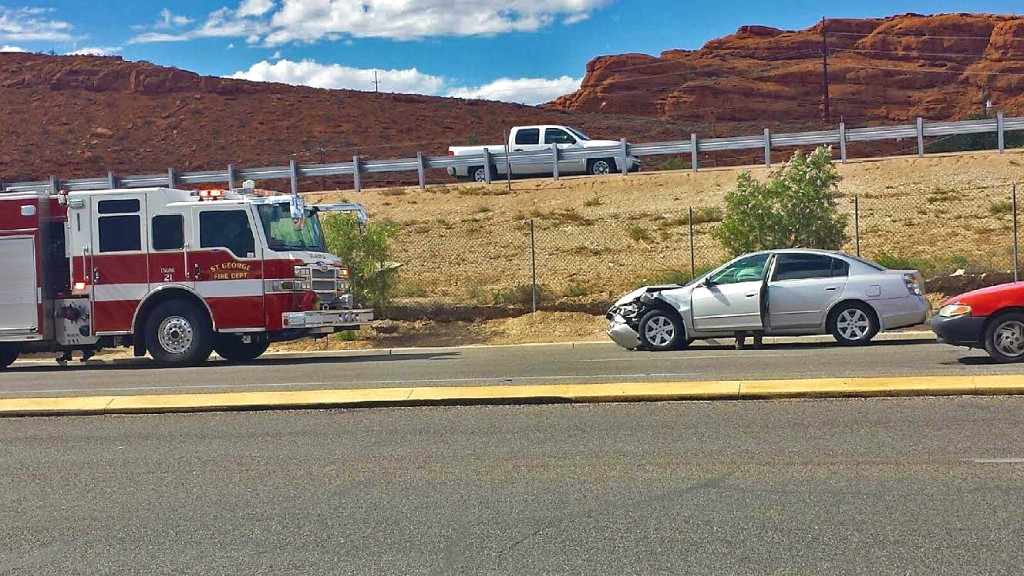 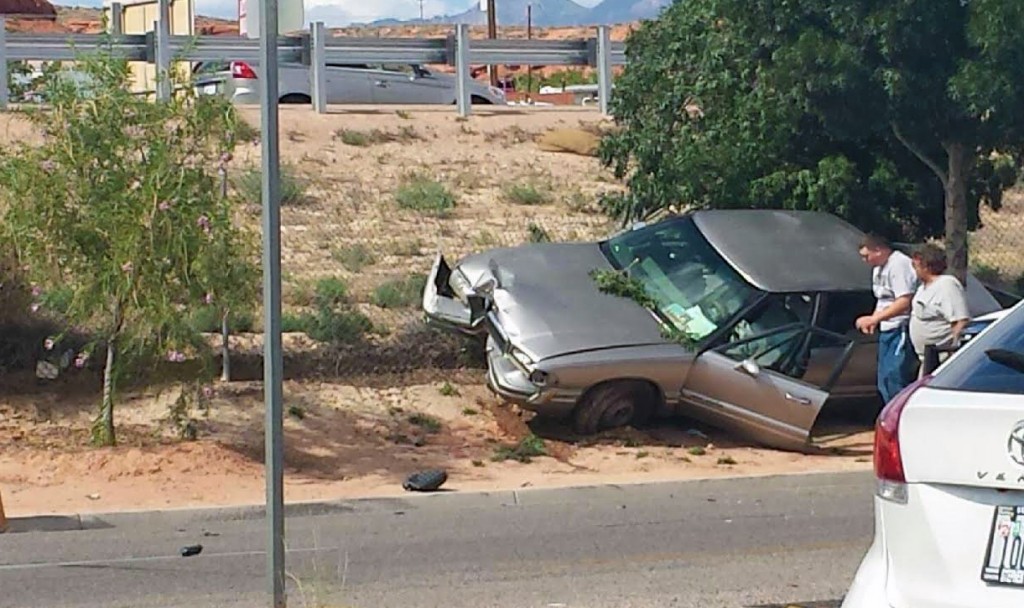 One of the cars involved in an accident on 2450 East and Red Cliffs Drive sits in the dirt after colliding with a Honda SUV, St. George, Utah, Sept. 4, 2014 | Photo courtesy of Alexis Barrett, St. George News

Devan Chavez began working at St. George News soon after graduating from Southern Utah University in 2014 with a degree in Communication with an emphasis in Broadcast Journalism. Devan has traveled to multiple countries on humanitarian service and study abroad trips. He enjoys learning about new cultures and sharing ideas. He hopes to use his skills to spread awareness of issues and aid the less fortunate. In his free time He recently returned to SUU and is working towards his Master's in Professional Communication. Devan enjoys photography, videography, cycling around town, loud concerts and training in muay thai kickboxing.

Police: 2 teens hospitalized after getting struck by truck in Hurricane; driver charged with DUI

It's not just you; families lament stress that comes with decorating for Christmas