VIRGIN RIVER GORGE, Arizona – Traffic backed up for several miles on northbound Interstate 15 approaching the Virgin River Gorge Tuesday afternoon after a two-vehicle collision resulted in two people airlifted via medical helicopter to the hospital. After traffic was nearly cleared, another collision near the entrance of the gorge, involving a motorcycle, backed up traffic again.

The first collision involving a Ford F-150 and a Kia Forte occurred at approximately 1:30 p.m. MDT (Utah), or 12:30 p.m. MST (Arizona) on northbound I-15 around Arizona mile post 9 near Littlefield, Arizona, and the mouth of the Virgin River Gorge, Arizona Highway Patrol Sgt. John Bottoms said.

The Kia Forte had stopped or was stopping in the left traffic lane because traffic was backed up entering the Gorge, Bottoms said, and the Ford F-150 didn’t see the traffic was stopping ahead and rear-ended the Kia.

The driver of the Ford F-150, Daniel Bragg, 20, of Bakersfield, California, only suffered an injury to his hand, while his mother, Carolyn Bragg, 52, also of Bakersfield, was transported by Mercy Air to University Medical Center in Las Vegas for treatment of her injuries.

“Carolyn Bragg went for chest pain and I think they were concerned about her cardiac condition,” Bottoms said. “She had pains in her back and chest so they were fearful that maybe she was having a heart attack or that maybe she had some prior medical heart problems, so they took her directly to a Level I trauma center in Vegas.”

“She had such a traumatic injury to her face and head,” Bottoms said, “It’s a very deep laceration. She was in surgery when I talked to Officer McBride who was at the hospital. But she’s going to survive, it’s just going to be a long road of recovery for her.”

After seeing a car seat in the backseat of the Kia, officers said they were fearful there was a child in the vehicle.

“We were trying to reach through all of that crushed metal to see if we could feel a child’s head sitting in it and luckily that car seat was empty,” Bottoms said, “but then we’re thinking, ‘well if there’s a car seat, maybe there’s another kid and there was no way for us to get in there.’”

After one of the women, disoriented from the crash, kept asking where her daughter was, emergency crews got a crowbar and started to pry metal to create a small space to look in.

Officers stopped northbound traffic so that the two medic helicopters could land and traffic backed up from about Arizona mile post 10 to about mile post 8. Interstate 15 was closed and traffic was routed up the old highway to keep traffic moving until about 2:45 p.m. MDT, 1:45 p.m. MST.

“We opened the highway back up and traffic cleared out in about 30-45 minutes,” Bottoms said, “and then there was another wreck that happened in the Gorge right at the entrance to the gorge that backed up traffic again for about a mile.”

The second collision was unrelated to the first and involved a motorcyclist who drifted off the edge of the road to the left against the median wall and his tire got stuck in the little groove in the asphalt.

“He dumped his motorcycle and ended up with a substantial laceration to one of his elbows,” Bottoms said, “but he was treated and released at the scene and picked up the motorcycle and drove off.” 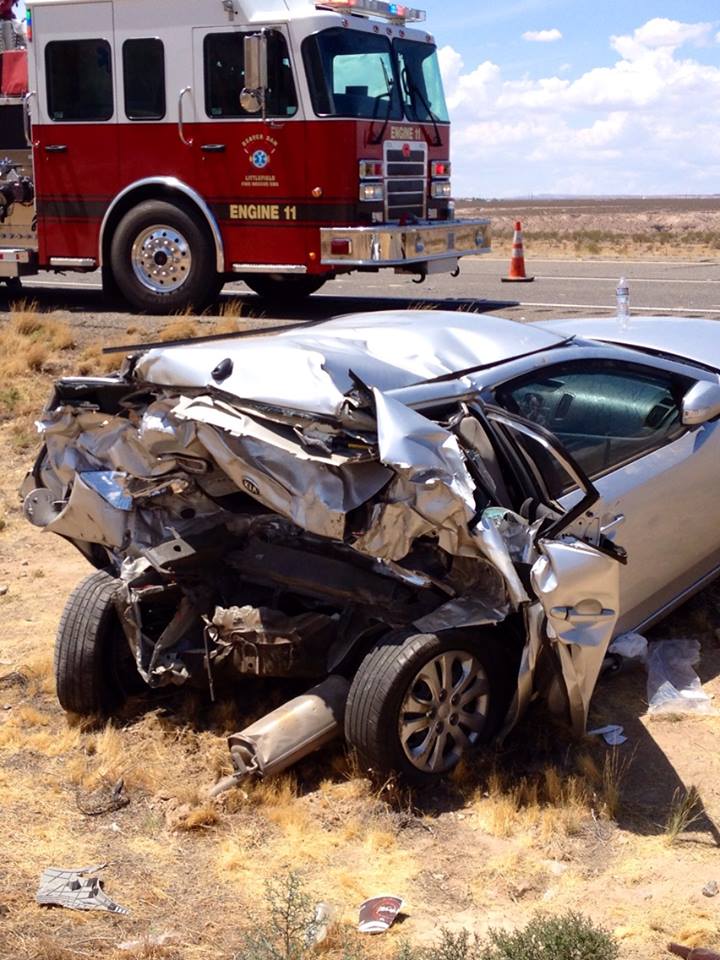 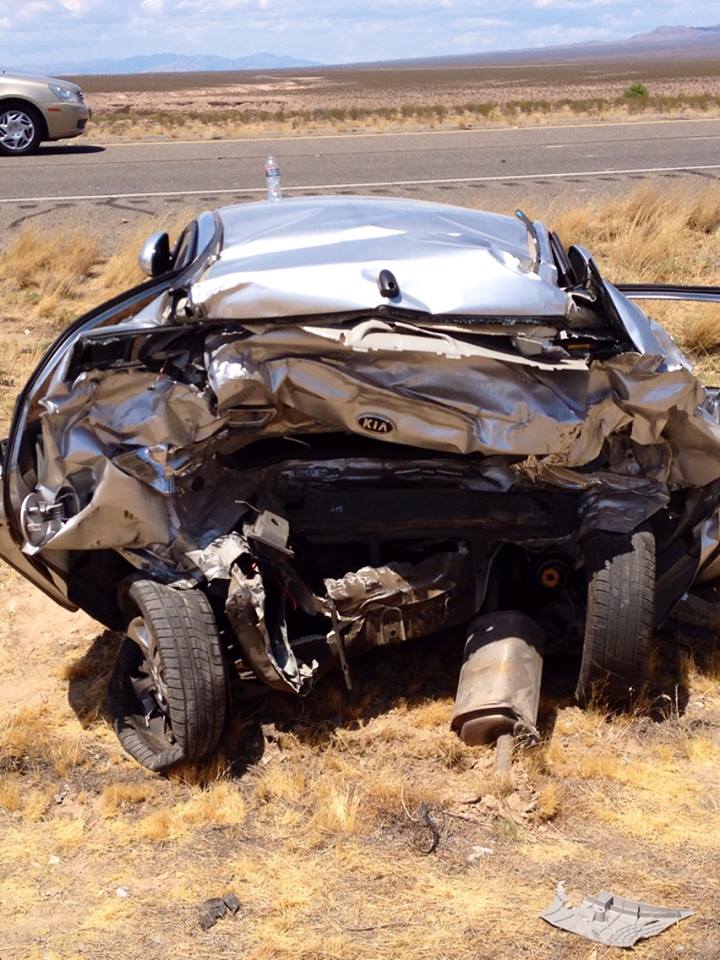 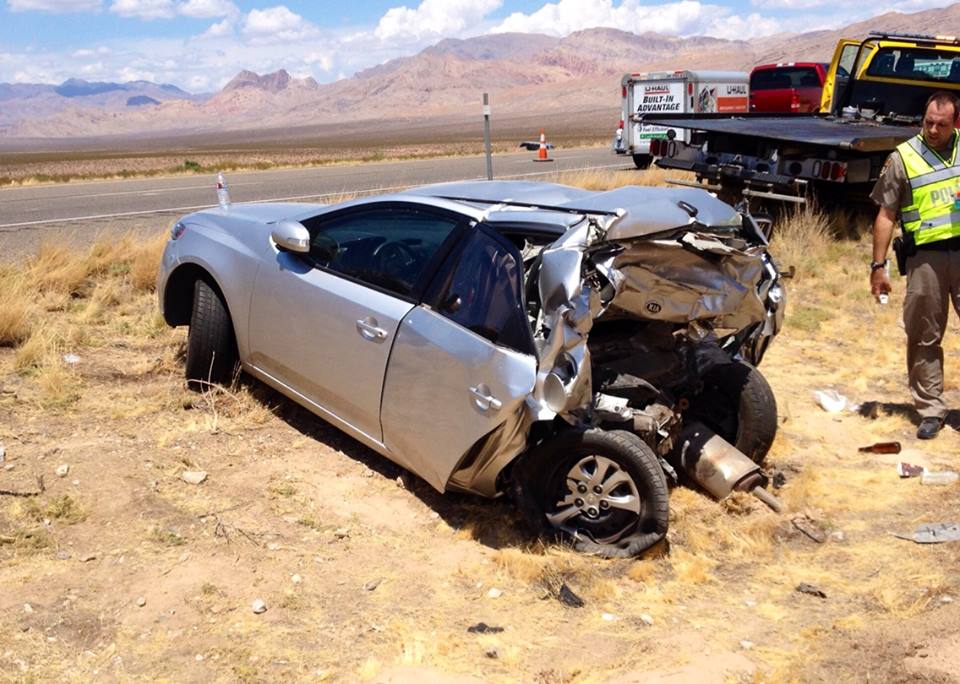 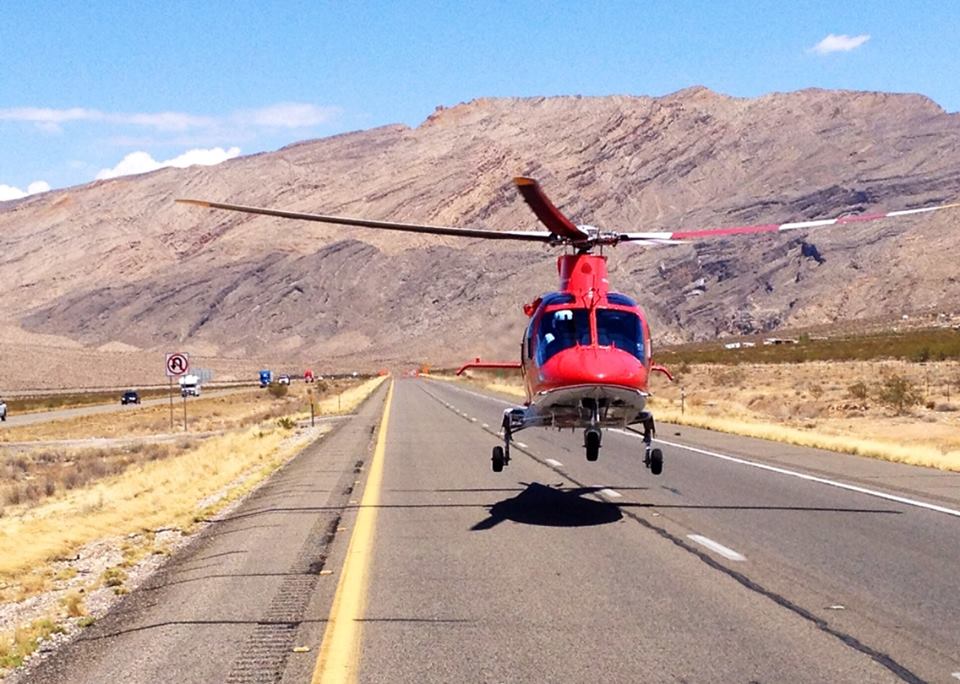 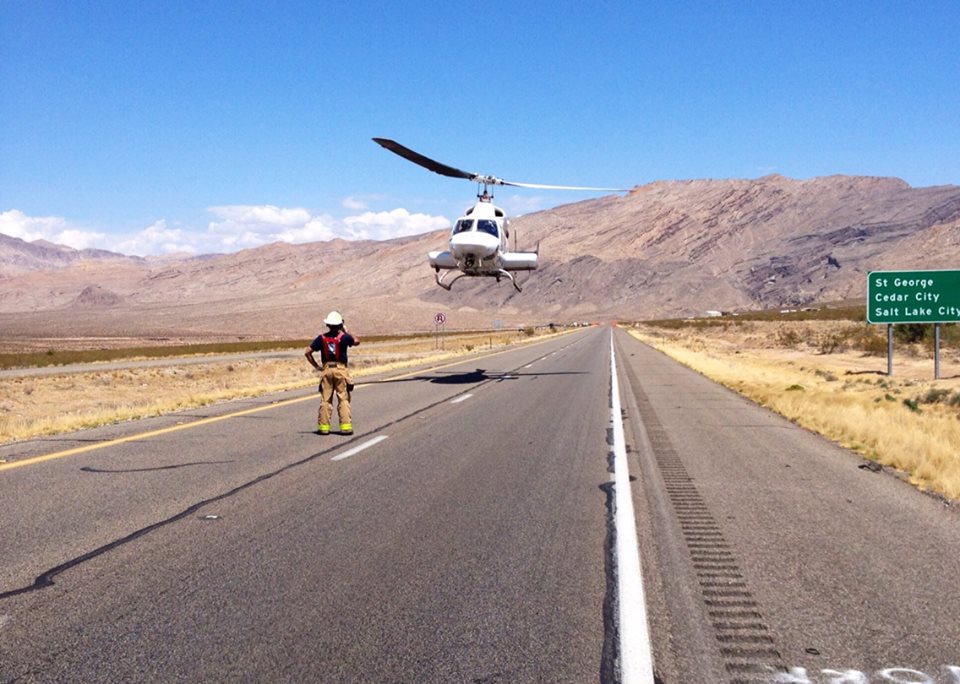