ST. GEORGE – A sinkhole appeared in the road at 1800 North and Tuweap Drive after a water line broke Friday afternoon. City of St. George work crews are on the scene tending to the broken line and preparing the patch up the road.

The line break was reported to the St. George Communications Center before 2 p.m., and police officers were sent to the scene to handle traffic while a work crew from the city’s water department worked on shutting off the water.

The 8-inch water line broke underneath the east travel lane of Tuweap Drive and ultimately created a sinkhole in middle of the lane that appeared large  enough to swallow the front end of a car. Traffic is being diverted around the sinkhole at 1800 North and 1740 North.

A St. George water department work crew was able to shut off the water and will likely restore water service to the area between 5:30-6:30 p.m., a city official said at the scene.

Marc Mortensen, assistant to the city manager, said another city crew will be putting a temporary concrete patch over sinkhole that will render the street usable over the weekend. It is anticipated that it will be completed some time Friday evening. Work crews will return to the scene next week to remove the temporary fix and tend to repairing the street.

Officers were still on scene directing traffic around the sinkhole as of 2:30 p.m. 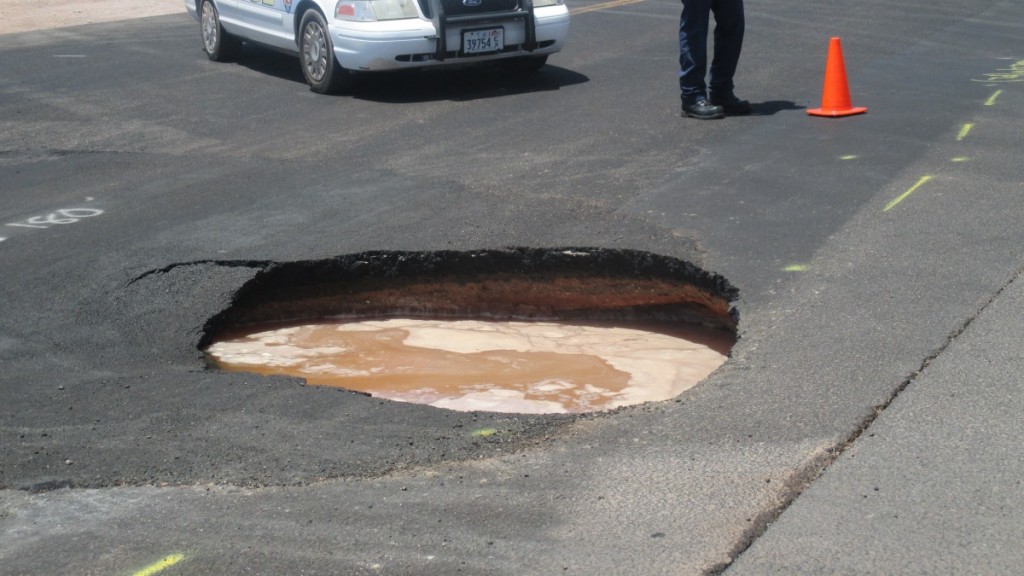 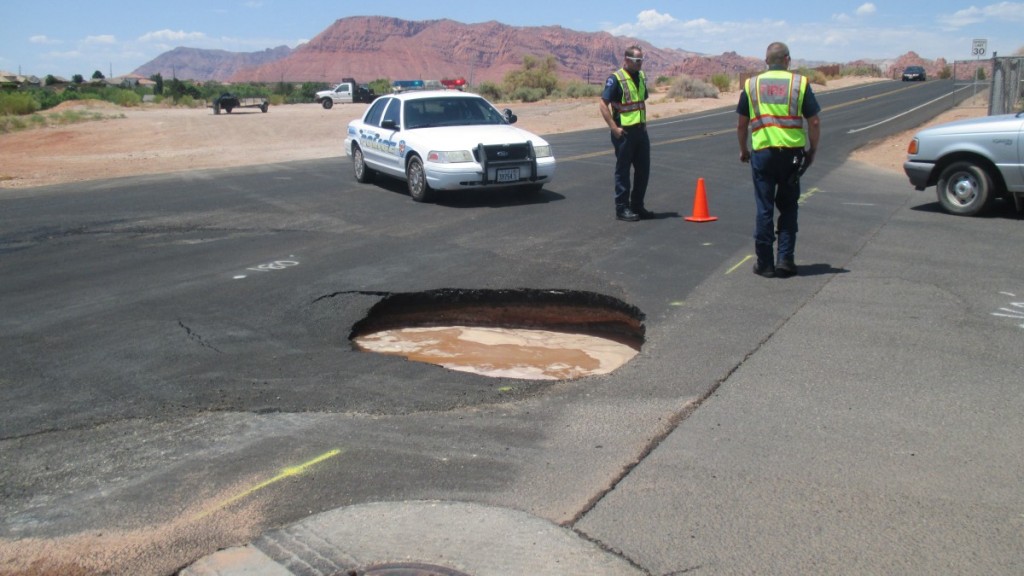