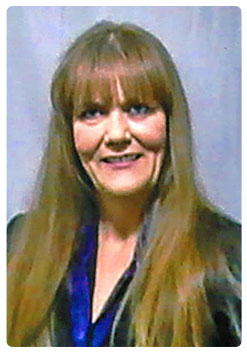 She was born September 29, 1965 in Reno, Nevada. She was the daughter of Verda Weaver and Gene Collins. She lived in Sacramento California, Calentia Nevada, Henderson Nevada, and Beryl Utah.

Lorraine and Anthony (Tony) Edwin Seger became acquainted at the ages of 12 and 15, they lived 3 blocks away from each other and later they met again at the ages 22 and 25, Tony became the love of her life and married Tony on September 23rd of 1988 in Las Vegas, Nevada. They were later sealed in the Church of Jesus Christ of Latter Day Saints St. George Temple on March 8th 1008.

Lorraine along with her husband Tony, daughter’s Billie and Angelica, joined the Church of Jesus Chirsit of Latter Day Saints church on November 7th 2001, and confirmed on November 11th 2001.

Lorraine and Tony Seger travelled all over Europe for 6 weeks starting September 14th of 2008.

Lorraine was a sweet, generous, and caring person. She loved her horses and snakes. She loved camping and being outdoors. She could always keep up with or out do her brothers.

She had a true heart full of love, at times she didn’t know how to tell us or show us just how much she truly loved us, but we always knew.

Lorraine has gone on to be with her mother Verda Weaver, dad Gene Collins, step-brother Billy Jo Collins, and several of her aunts and uncles.

We would like to thank everyone who has helped in any way.