The collision occurred at approximately 2:30 p.m., on Peters Hill about 13 miles north of Monticello. A van with five occupants traveling northbound made a bad pass, and crashed head on into a sports car with two occupants headed southbound, Utah Highway Patrol Trooper Evan Kirby said.

The sports car caught fire and its momentum from the collision carried it off a steep embankment, coming to rest about 100 feet below the roadway and burning completely. A small brush fire started but was quickly extinguished by fire crews.

Witness statements indicate that the driver of the van was passing when the collision occurred.

The two occupants of the burned sports car were unable to exit the vehicle and died. Three of the five people in the van also died, including the driver. The other 2 occupants were life-flighted to area hospitals in critical condition.

This report is based on preliminary information provided by UHP and may not contain the full scope of findings. 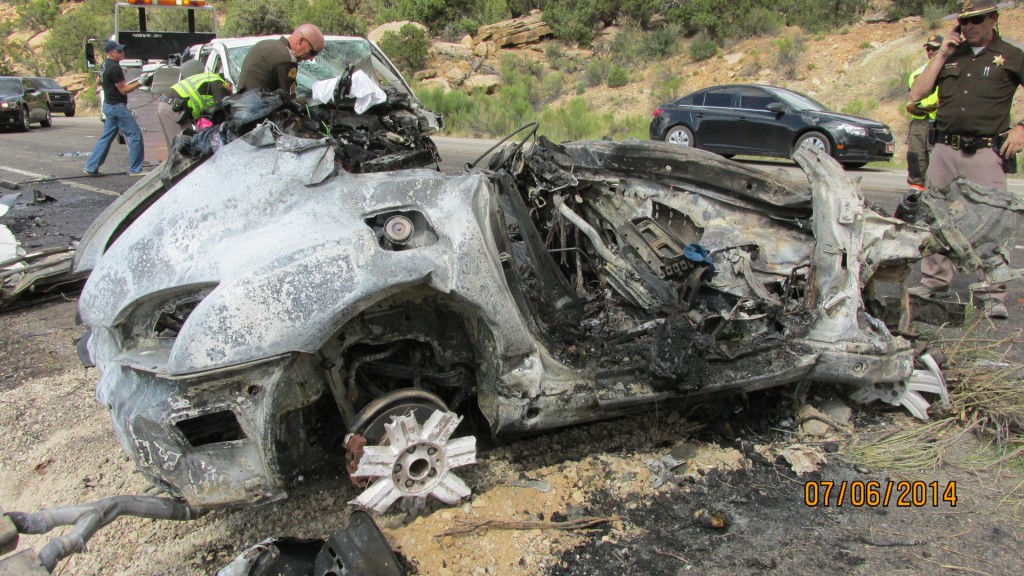 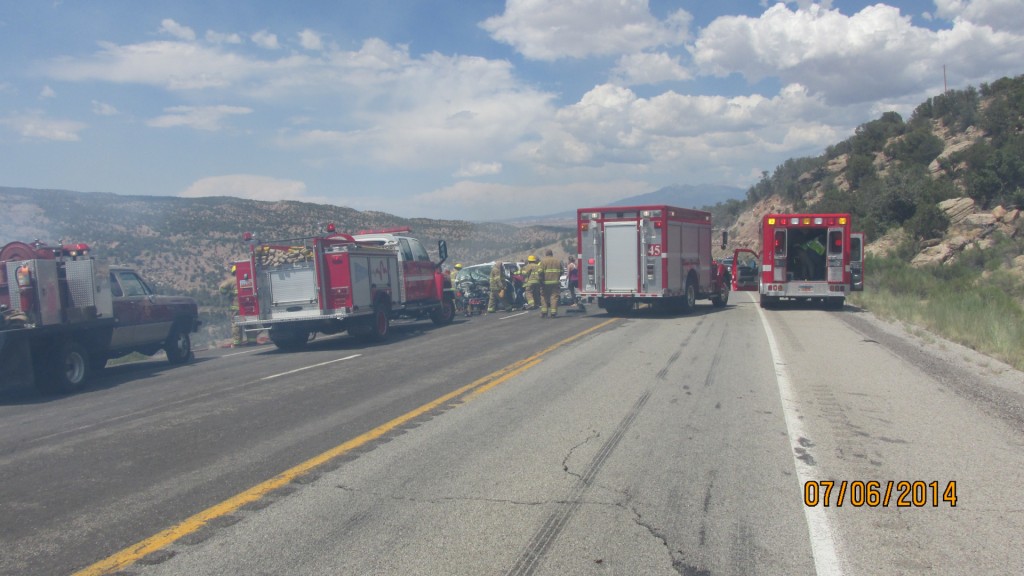 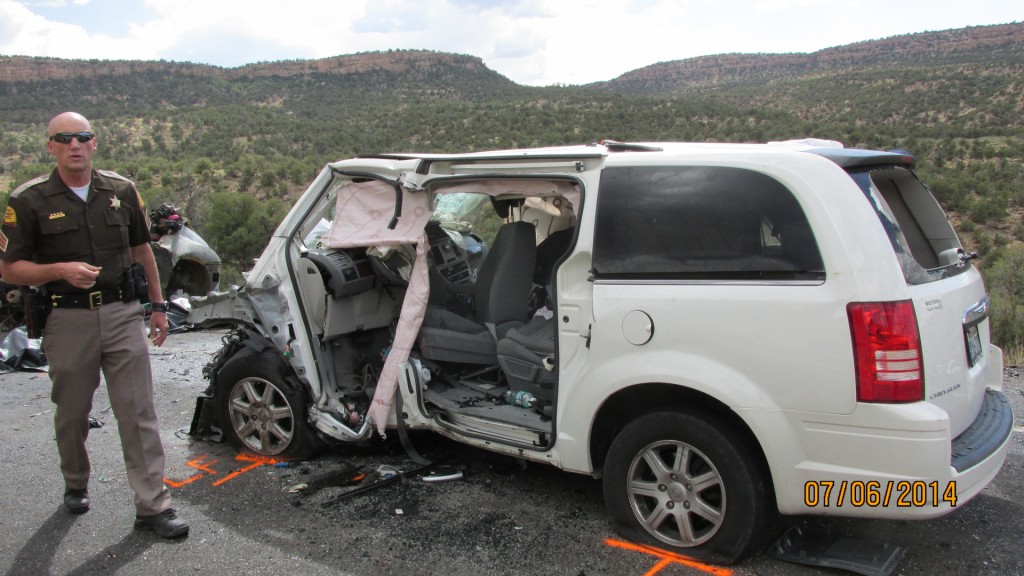 Traffic stop on I-15 near Cedar City yields 8 pounds of heroin, police say