IVINS – There is a land dispute brewing in Southern Utah and it has nothing to do with grazing cattle. On an 80-acre parcel of land called the Anasazi Valley a group named Sunhawk Productions, Inc., have been in litigation against attorney/trustee David L. Watson, and developer Terry Marten of Kayenta Development.

The story dates back to 1985 when a woman named Sheila Dean Wilson purchased the property, along with the water rights, that sits next to the Santa Clara River below cliffs strewn with ancient petroglyphs. As she surveyed the land she soon found remnants of Native American peoples including, pottery shards, pit houses and human burial sites.

In an effort to preserve the land and create a space to educate people on the Native American history and culture, Dean founded Sunhawk Productions, Inc. a nonprofit organization designed to create a learning center and performance space where the cultural heritage of the ancient Puebloans – who, according to Betty Jake self-proclaimed steward of the land, date back to 3,000 B.C. – could be passed on.

Since that time the valley has played host to many local school groups, Boy Scouts, tourists, potluck dinners, drum circles, spiritual and traditional ceremonies and showcases replicas of a variety of Native American dwellings including tipis, a Hogan and a longhouse.

“Our purpose here is mostly to bring to the community something that is wonderful,” Jake said, “a place where all people can come and learn to respect each other and the Native American culture.”

Jake said she came to the Anasazi Valley to help Wilson create a Native American learning center, along with the Sunhawk board, and their desire is to create a peaceful space where they can be still and listen to the ancestral voices and pass their lessons on to the community.

Shanan Anderson, governor of the Sunhawk board, echoes Jakes desires:

“Our mission is to preserve the land and all that dwell within it; the animals, water, rocks, plants, earth, air and all the people who visit. Everything on this earth has life and to protect them is to protect us. Giving respect to all living things is our strife in the valley and passing this along to our Native youths through the teachings of our elders and knowledgeable tribal teachers.”

But that goal – according to Sunhawk Productions, Inc. – has been threatened by Marten of Kayenta Development who has been accused of entering into a deal with Watson to have the property quick-deeded to him and of desecrating the land with development debris.

When Wilson passed away in 2000, the property was left in a trust and given to the care of Watson, a St. George attorney and trustee for Sunhawk. According to Marten, it wasn’t unitl 2005 he was approached by Watson because the property was facing foreclosure.

“Watson, as trustee, did what he thought was right and gave the property the opportunity to be a benefit as a cultural center,” Marten said, “that was what Wilson wished, but she died leaving obligations on the property including back property taxes and interest.”

Marten, who hadn’t been involved up to this point, but knew Wilson and of her desires for the valley agreed to sign a promissory note with the bank and allow Sunhawk extra time to come up with the money to fulfill Wilson’s obligations.

The agreement was set to last 15 months, said Marten, but by 2007, although Sunhawk had now formed a legal organization, the money still had not been paid.

“It was almost comical at this point,” said Marten.

By 2008 the bank was getting nervous and wanted their money so Marten liquidated several of his own properties to pay the loan.

“They (Sunhawk) had had over three years to get the job done,” said Marten, “it was time to look at other options.”

Marten said he never had any intentions to develop the land and is all in favor of keeping it as open space and even approached several municipalities including, the city of Ivins, the Bureau of Land Management, and the City of Santa Clara to try and incorporate the property in the reserve but the timing was not right.

In 2012, enough was enough and Marten made arrangements to acquire the property. Marten had spent nearly a million dollars at this point.

The Sunhawk board disagreed with the arrangement saying parts of it were done illegally and without the board’s consent and to that end they entered into litigation against Watson and Marten.

“To lose Anasazi Valley to developers would be a great loss in our continued struggles to protect our sacred lands all over Southern Utah and the United States,” Anderson said, “our voices go unheard when money is a more powerful weapon in this battle for our rights to preserve our dying culture and our sacred lands.”

Sunhawk further claimed that Marten was desecrating the land by using the property to store construction debris from his developments.

While Marten agrees that he does use some of the property – approximately one acre of the 80-acre parcel – as storage, he counters that he has all the legal paper work from the County Commissioners office to use that space as storage and that it is no way desecrating the land.

“Anybody that thinks I would desecrate the land needs only to come out to Kayenta,” Marten said, “or any of my developments and see what we have done and see if they think we have desecrated the land.”

Marten maintains that he has no intention to develop on the land and would even like to see a cultural center there but does not believe that Sunhawk Productions is the group to get the job done.

The case that was being heard by Judge Marvin D. Bagley of the Sixth District Court recently ruled in favor of Marten and Watson.

Though the final order is yet to be drafted, both Anderson and Jake have said they will appeal. 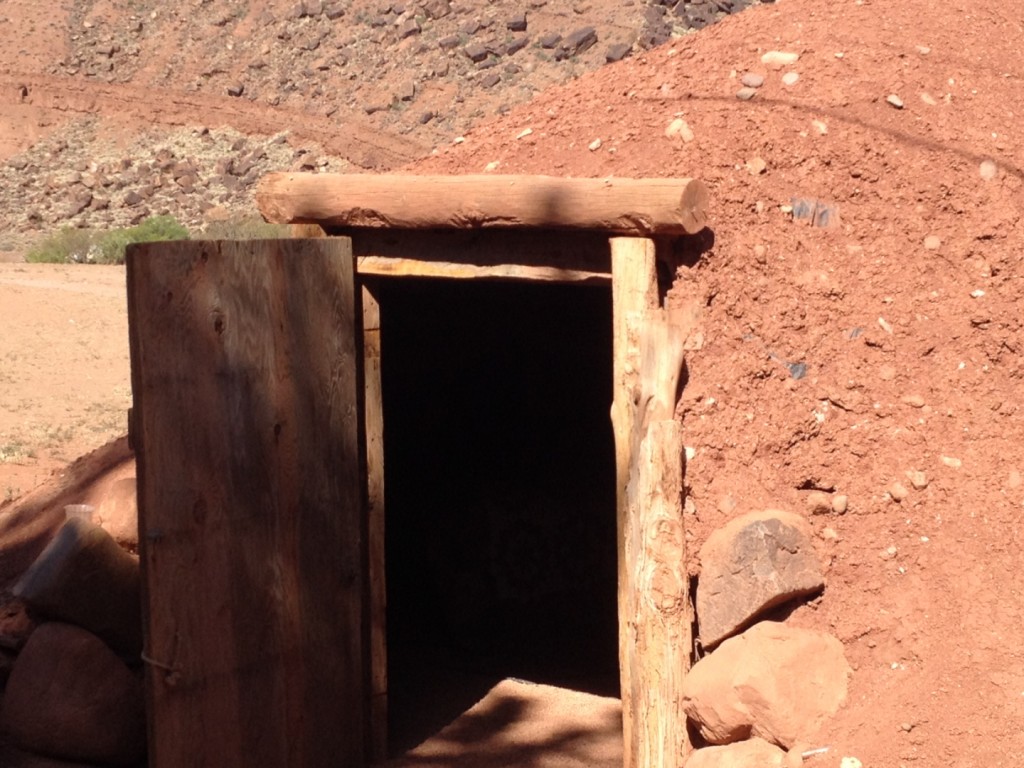 A replica Navajo hogan on the property at Anasazi Valley, Ivins, Utah, May 12, 2014 | Photo by Hollie Reina, St. George News 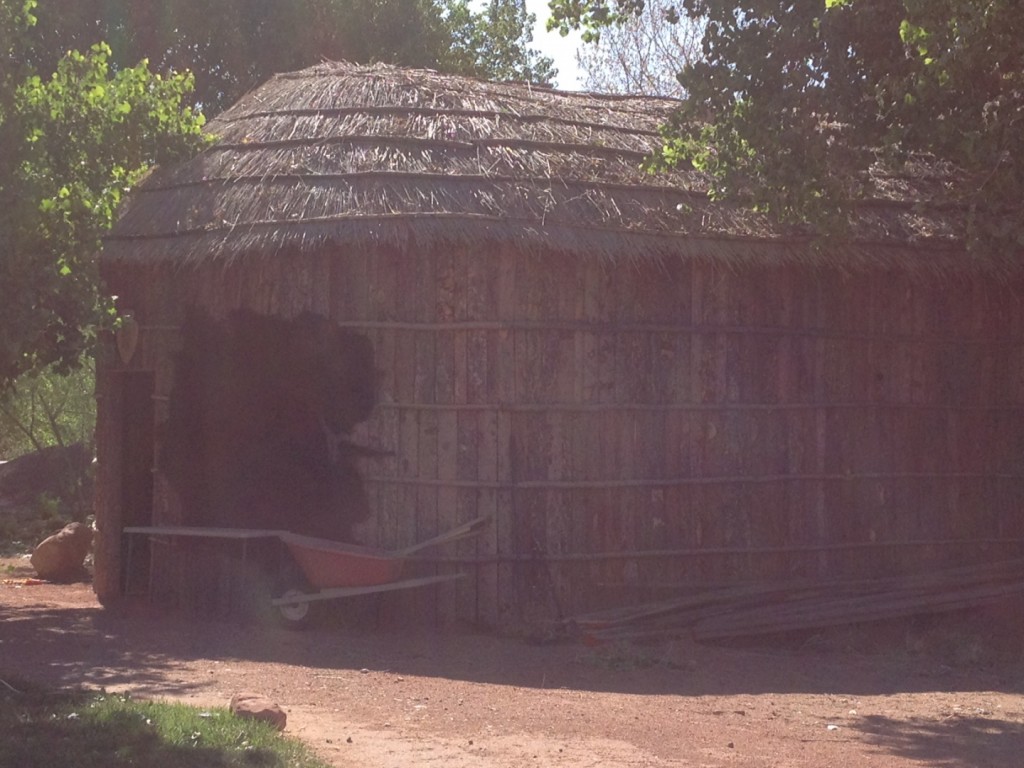 An example of an Iriquois longhouse is built on the property at Anasazi Valley, Ivins, Utah, May 12, 2014 | Photo by Hollie Reina, St. George News 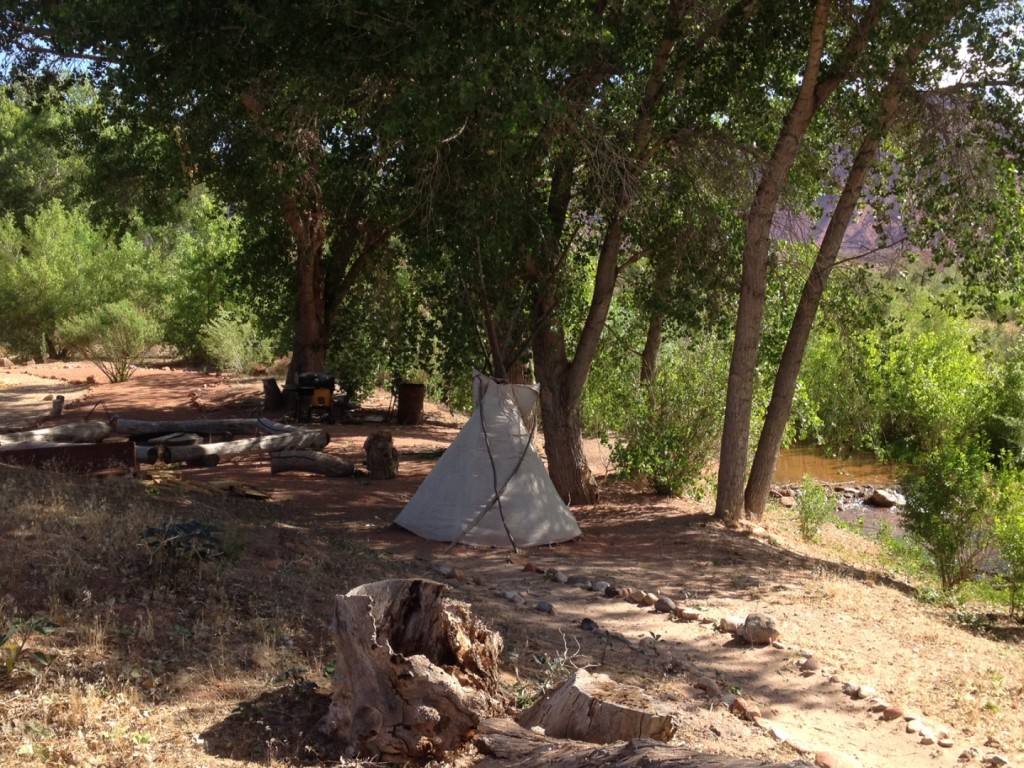 A small tipi sits at the end of the path of choices at the Anasazi Valley, Ivins, Utah, May 12, 2014 | Photo by Hollie Reina, St. George News 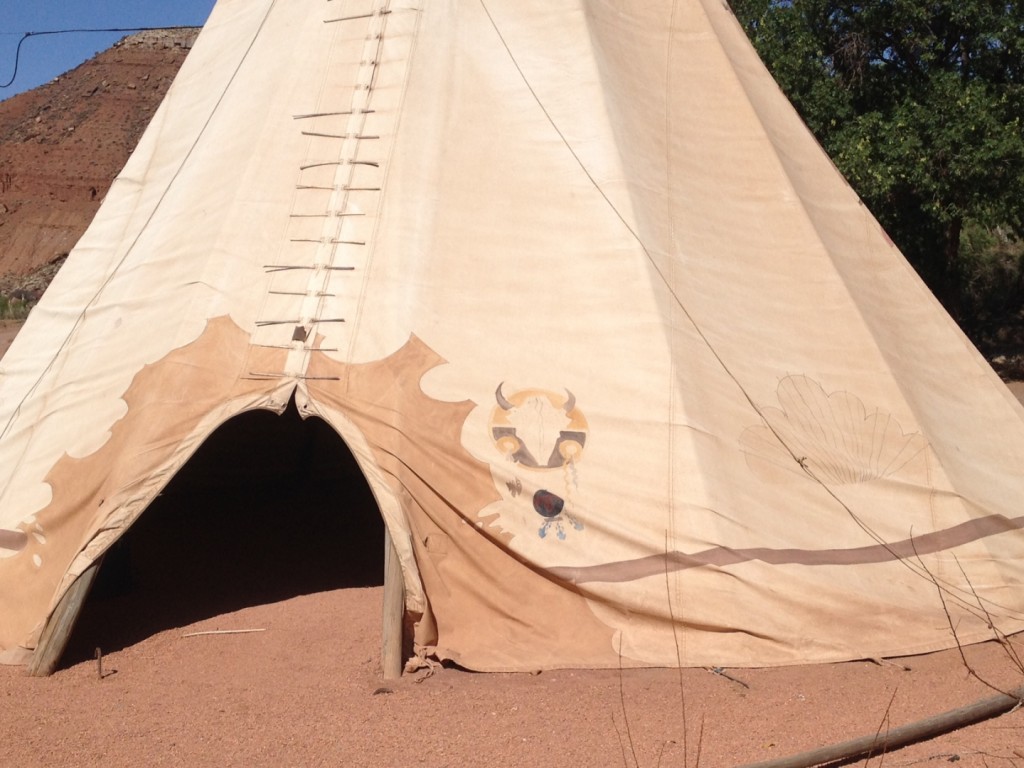 A replica of a large tipi sits on the property at Anasazi Valley, Ivins, Utah, May 12, 2014 | Photo by Hollie Reina, St. George News