LAVERKIN – The LaVerkin City Council met Wednesday to discuss and approve the tentative budget for the upcoming 2014-15 fiscal year.

“The appropriation of funds is basically, as one person put it, the ‘rainy day’ fund,” City Manager Kyle Gubler said. “That money is there and is actually available, but we are using less of it this year than we have in a long time.”

“We have to balance and we have to be conservative so we can build that appropriation of funds back,” Mayor Kerry Gubler said.

The tentative budget for the 2014-15 fiscal year was passed by the council.

During the public comments portion of the meeting, LaVerkin resident Candace Harris expressed frustration over the HVCF Crossfit Black Ridge gym. Harris said the gym has moved in behind her home and is “super loud all of the time.” She and her neighbors have tried to speak to the gym’s employees about the volume of the music during workouts, she said; however, the employees were rude to them on the last occasion. The employees of Crossfit Black Ridge informed her they were not breaking any ordinance and, therefore, did not have to turn the music down.

“I had to take my grandbaby to the front of the home to sleep,” Harris said, “because even with all the doors and windows shut we could still hear it.”

She and her neighbors have called the LaVerkin Police Department numerous times, Harris said, and nothing has been done about the noise.

After the meeting, La Verkin police Chief Benjamin Lee said he is a member of the HVCF Crossfit Black Ridge gym. On his second day working out at the gym, he said, he went to the back brick wall separating the workout facility from the homes in the neighboring subdivision. He then sat on top of the brick wall. Lee asked employees at the gym to turn up the music full blast.

“As the music was going, a minivan started, and the sound of the minivan was louder than the music playing,” Lee said. “I assume you can probably hear it from their house, but it wouldn’t be any louder than a car radio from a neighbor.”

Lee said the economic impact of the gym outweighs any drawbacks associated with noise.

“That building was an empty box for five years,” the police chief said. “So if you weigh those options, you have a commercial zone with hundreds of people coming into LaVerkin to work out and get healthy.”

During the final portion of the meeting, Councilman Ken Hooten addressed Lee about concerns he has for the local elementary school children as they walk home from LaVerkin Elementary. Hooten, who is also a crossing guard for the elementary school, said in the past, with previous police Chief Lloyd Watkins and previous officers employed with LaVerkin Police Department, there was almost always an officer stationed in the school zone. These officers would have their emergency lights activated, slowing traffic down.

“This afternoon, I had two individuals try to run over me and the kids,” Hooten said. He added that he understands Chief Lee has limited resources, but he said he feels having that police presence there, particularly in the afternoon, is important. 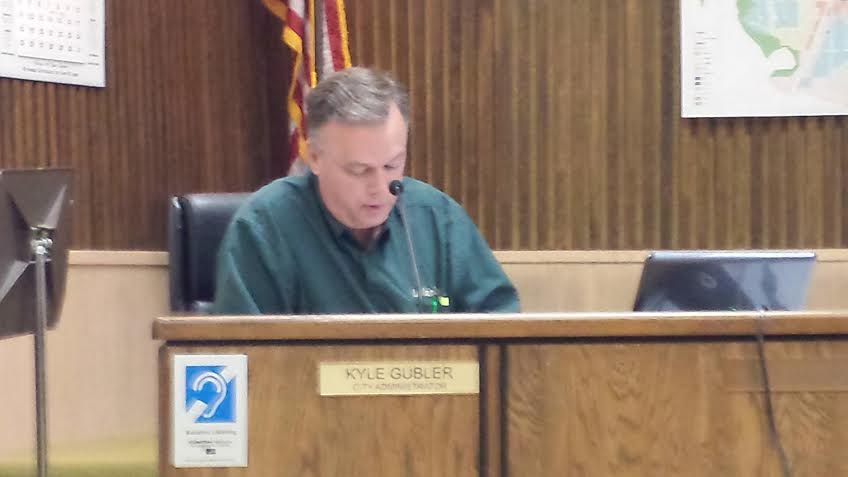