ST. GEORGE – New county commissioners were chosen and the candidates for county attorney head to a primary in the wake of the Washington County Republican Convention held Saturday morning.

Washington County Commissioner James Eardley, who has held the position for 15 years, sought to retain Seat A for a final term, but was defeated by challenger Zachary Renstrom after three rounds of voting. Aldred, Eardley and Renstrom made it to the second round, then Eardley and Renstrom, with the latter taking the victory with 72 percent of the vote.

Renstrom credited his win to tirelessly working with delegates to get his message out, having described himself as likely being one of the least known candidates.

“I feel overwhelmed and humbled,” Renstrom said of his nomination.

If elected to office in the general elections, Renstrom said his first priority will be coming up with a master plan for public lands in the county. The county economy will also be a strong priority, he said.

Renstrom has a background as a civil engineer and patent attorney, two things he said will greatly benefit the county.

Others vying for the nomination were Greg Aldred, Mark Boyer and Slade Hughes.

Renstrom will face Democratic challenger Chris White for Seat A in the fall.

Chet Hughes, Victor Iverson and Daniel McArther each sought the Commission Seat B. Commissioner Denny Drake, who currrently holds Seat B, did not seek another term as he will soon be leaving on a church mission.

Iverson, a former advisor to Sen. Mike Lee on public lands issues, took 67 percent of the vote in the first round of voting.

During a fiery speech given before the voting, Iverson raised his voice and pounded the pulpit multiple times. Iverson stated his belief that the federal government “should be challenged and must be challenged” in regard to public and other issues. Like other candidates, he’s used the dispute between Cliven Bundy and the BLM as an example of federal overreach.

Iverson could not be reached for comment following the vote. He will face Democratic challenger Paul Van Dam for Seat B.

Kodele said he ran against Pulsipher to give people another choice on the ballot, and also said he felt he could do a better job.

Before the vote, Pulsipher said he had promised the people of the county he would defend their rights to public lands and their gun rights. He had delivered on that promise while in office, he said. He also mentioned his efforts to create a county-wide animal shelter.

After the vote, Pulsipher said: “I’m excited and also very humbled. I truly care about Washington County. This is my home and this is who I am.”

Pulsipher is unchallenged in the general election.

Following the vote, Belnap said he would be on the campaign trail, meeting with voters and talking to them about the issues. Prior to the vote, he told the delegates of his efforts to protect access to public lands by participating in a state-wide lawsuit against the federal government’s restricting access to thousands of back-country roads. He also said, “I will resist any effort to change our traditional values.”

Caplin, who gained 42 percent of the vote, said the county attorney’s race this year is more important than it’s ever been due the growing climate of federal overreach. Part of Caplin’s platform involves creating proactive strategies on how to deal with possible federal encroachment on the county.

Whoever wins the June primary will run unopposed in the general election.

Tom Durrant won the nomination with over 60 percent of the vote, beating out David Miller and Chris Isom.

Durrant, a long-time employee of the County Assessor’s Office, was endorsed by outgoing County Assessor Arthur Partridge. As the county’s next assessor, he told delegates he is capable of managing the assessor’s office and will deal with people fairly. “I will be open honest, and available,” he said.

Durrant is unopposed in the general election.

Lt. Gov. Spencer Cox attended the convention and told those gathered that Utah has made it very clear to the BLM that it did not want cattle rounded up during impound operations in Clark County, Nev., passing through Utah, or being sold in the state. Thanks to the efforts of Southern Utah county officials, as well as Rep. Chris Stewart in Washington, D.C., the BLM dropped its plan to transport the impounded cattle to Nevada.

“The answers rarely come from Washington D.C. and Salt Lake City,” Cox said, adding those on the local level will have the solutions.

Lesa Sandberg, Washington County Republican Party’s secretary, announced that out of the county’s 497 delegates, 484 were present at the convention, producing an attendance rate of 97.4 percent.

After some time spent determining whether or not a particular phrase should be included, delegates approved a resolution supporting Utah’s Lands Transfer Act. Also known as House Bill 148, it was passed by the Legislature in 2012 demanding the federal government to turn over management of public lands to the state by the end of 2014.

The resolution was brought before the convention by Commissioner Alan Gardner, who said the Bundy-BLM fight in Nevada was bringing the issue of public lands to the forefront. His comments were followed by a video presentation from the American Lands Council that featured Ken Ivory, the architect of HB 148.

As the convention progressed, the news that the BLM had decided to end cattle impound operations and leave Clark County was received with cheers and a standing ovation.

Candidates for the nomination for Utah’s 2nd Congressional District, including incumbent Chris Stewart, were present at the convention, though could not be voted upon by the county delegates. Casey Anderson and incumbent Evan Vickers, nomination candidates for state Senate District 28, were also present, albeit for a short time. The congressional and state senate candidates had to leave early. Senate District 28 covers eastern Washington County and also Beaver and Iron counties.

Utah Republican Party Vice Chair Ville Billings addressed the convention and informed the delegates that the state party plans to pursue a lawsuit against the state government over Senate Bill 54, the so-called Count My Vote compromise bill.

In additional to allowing an alternative path to the ballot via direct primaries starting in 2016, SB 54 dictates that political parties open their primaries to unaffiliated voters. The Utah Republican Party has long held closed primaries. Opponents of the bill-turned-law have said the U.S. Supreme Court has ruled against a state government interfering in how a state party chooses its candidates. The state Republican leadership plans to challenge the state on this basis.

“We are wholeheartedly going to fight that battle,” Billings said, “and we are going to win this.”

Nominations for unopposed candidates were approved by single, convention-wide votes. They include: 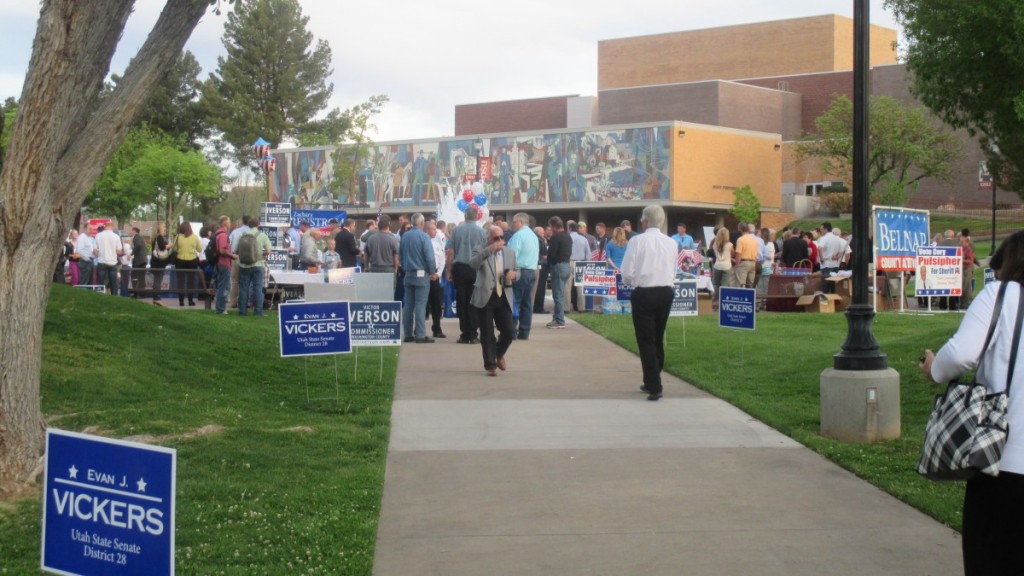 Delegates met with candidates at their booths around the fountain at Dixie State University for the convention officially began, St. George, Utah, April 12, 2013 | Photo by Mori Kessler, St. George News 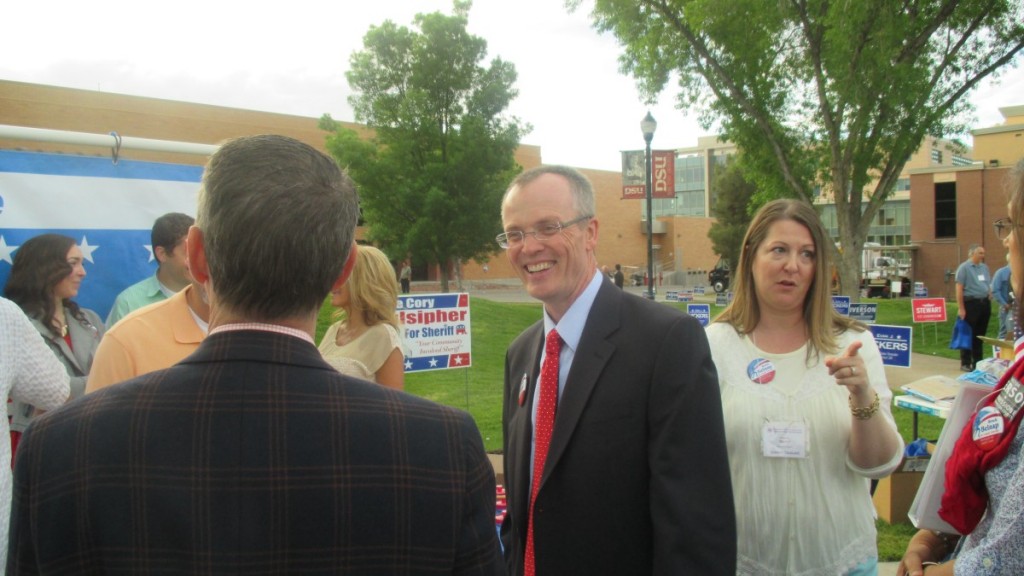 Incumbent Brock Belnap speaking with delegates before the start of the convention. He will face Nathan Caplin in a primary election in June for the nomination for Washington County Attorney, St. George, Utah, April 12, 2013 | Photo by Mori Kessler, St. George News 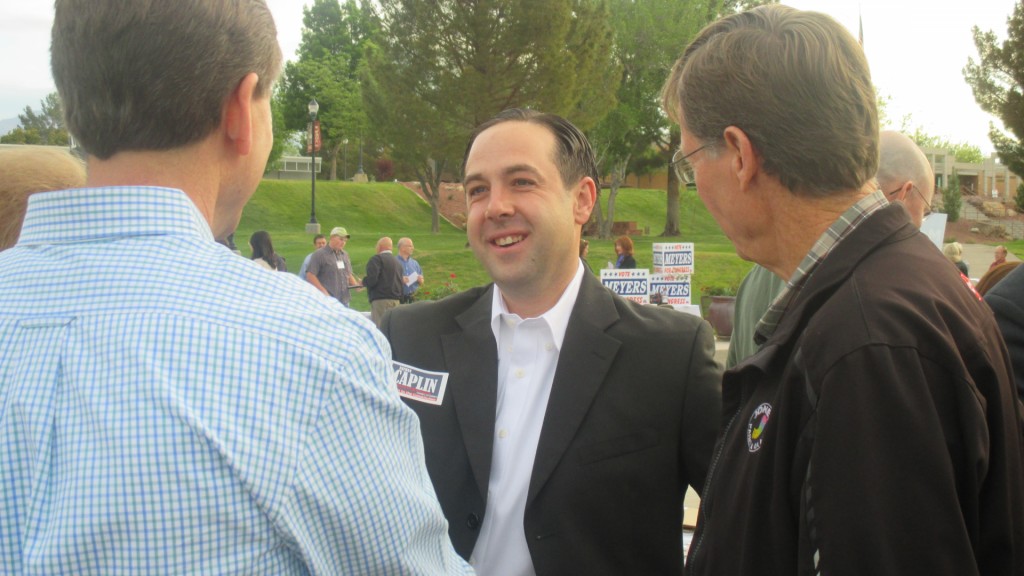 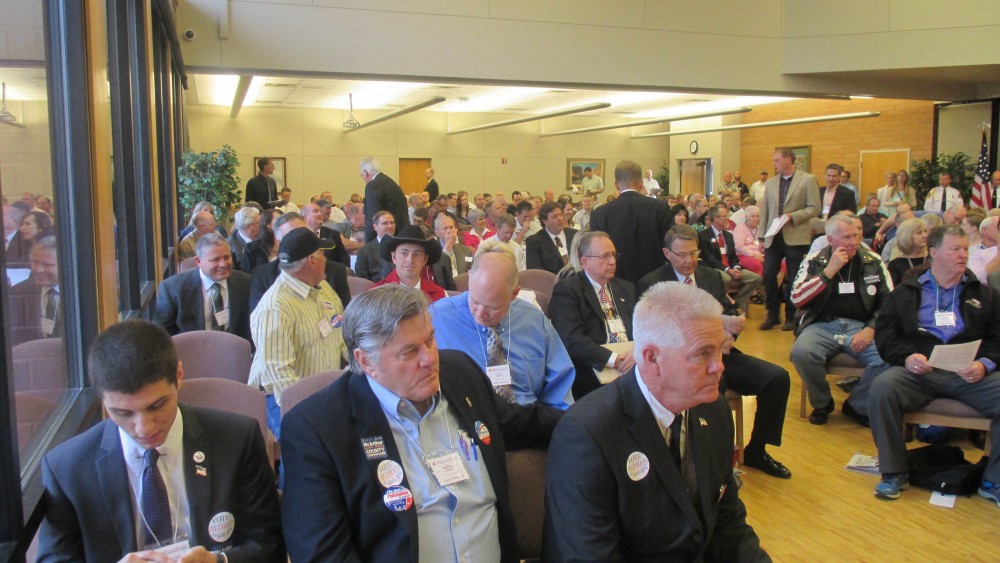 Candidates and their nominators seated along side the wall, St. George, Utah, April 12, 2013 | Photo by Mori Kessler, St. George News 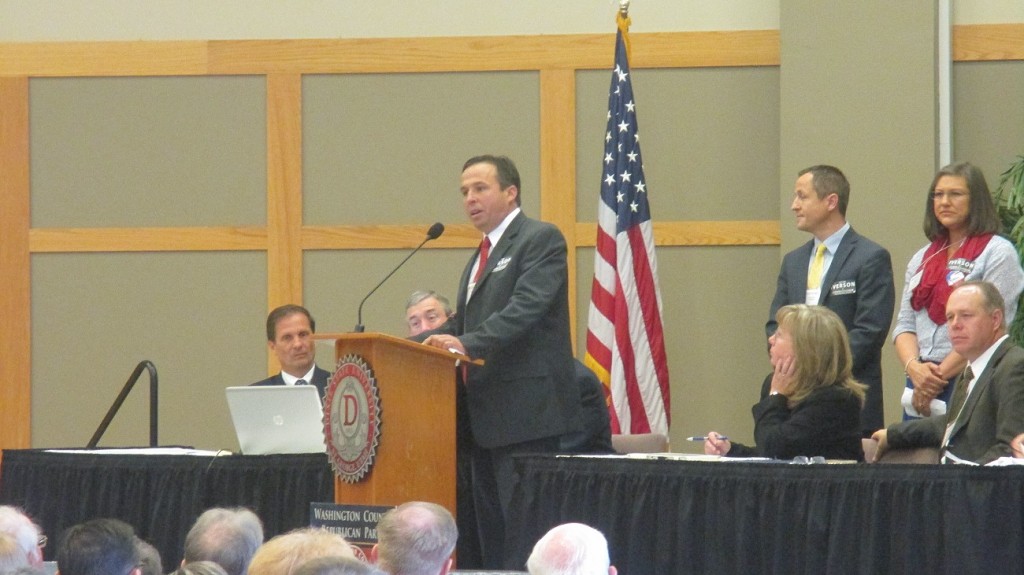 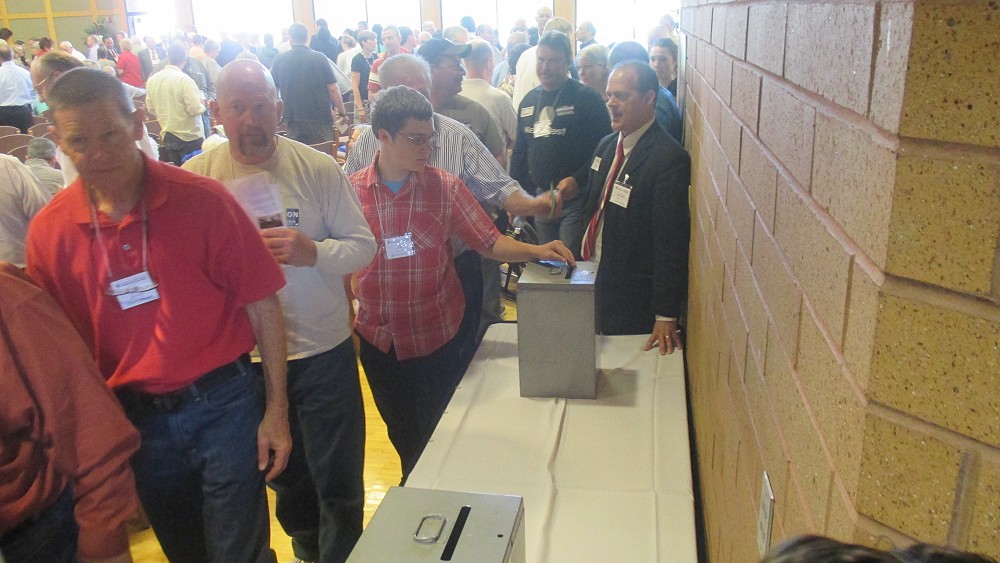 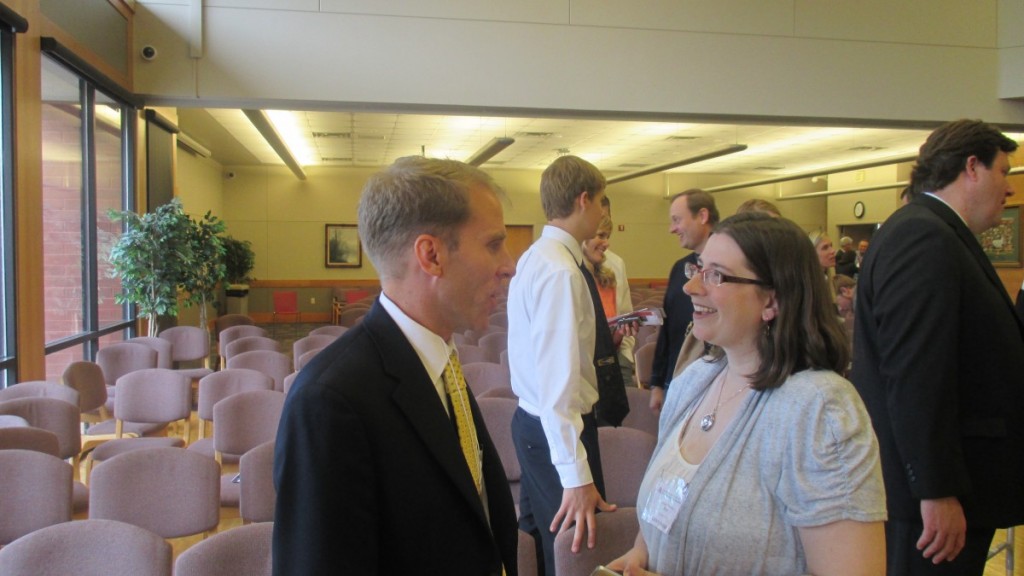