SAN BERNARDINO, Calif. – As it turns out, defense trumps offense. At least in this case. The Dixie State men’s basketball team ended its season today with a loss in the first round of the Division II NCAA tournament to Cal Poly-Pomona 73-65. 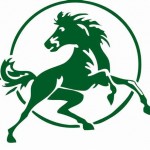 The Broncos sport the nation’s No. 1 defense and it showed as they held Dixie to only 38% shooting for the night. DeQuan Thompson led Dixie with 17 points and was the only player to shoot over 50 percent from the floor.

“Their defense is very deceptive,” said Dixie State head coach Jon Judkins. “It looks like you have an open shot, but they are quick and long and your open shot is covered up pretty quickly.”

The game started slowly for both teams, but Dixie jumped out to a three-point lead and was able to maintain that over the first 11 minutes. Thompson’s jumper at the 9:19 mark gave the Red Storm it’s largest lead, 16-11. The Broncos then went on an 8-0 run, sparked by Jordan Faison with five points.

The teams traded baskets for the next four minutes and Mason Sawyer’s two free throws with 5:06 to play tied the score. CP-P’s Francois Tchoyi then scored a three-point play. The Broncos would never trail again, ending the half on a 4-3 run to go in at halftime 31-27.

“We tried to emphasize pushing the ball because we were deeper,” said Dixie’s Zach Robbins. “But they got back well and then they would rest back in their zone.”

The second half saw Dixie pull to within one on two occasions, first early at the 17:30 mark on Kimball Payne’s layup, then 10 minutes later on two free throws from Payne. Every time the Red Storm got close, the Broncos would answer with runs of their own. Cal Poly’s lead never got to double-digits, but their stingy defense prevented the Red Storm from going on one of the vaunted runs Dixie fans are used to seeing against good teams.

At the end of the game, Dalton Groskreutz hit two 3-pointers, but with the Red Storm forced to foul to extend the game, the Broncos were getting their best shooters to the line and hitting their free throws. Cal Poly, which shoots a miserable 57 percent from the charity stripe as a team, hit 10 of 12 in the last two minutes of this one.

“Their coach did a good job of keeping the ball in the hands of their good free-throw shooters,” said Judkins. “When you are in the mindset of getting the steal or deflection, and if not, then fouling, many times you don’t have the luxury of getting the guy you want at the line.”

Joining Thompson in double-figures were Groskreutz, Payne and Robbins with 11, 10 and 10. Payne also had six assists.

Faison led all scorers with 20 points. DeRonn Scott added 12 for the Broncos.

Dixie State finishes its season at 21-7. Cal Poly moves to 22-6 and will face the winner of Seattle Pacific and Cal-State Stanislaus Saturday at 5 p.m. PST.