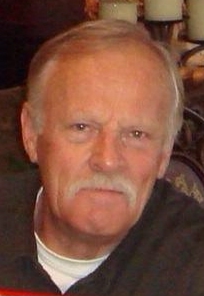 Michael Robert Adams passed away peacefully on March 10, 2014. He was born in Salt Lake City, UT on April 8, 1947 to Jack & Dawna Adams. He was a United States Army Veteran & valiantly served in the Vietnam War. He received many awards for his service including the Bronze Star. He married Susan Hill & had one daughter, Aimee. He later met his loving wife Lori Hale & her two daughters Brandy and Dani. They married on December 14, 1995 & resided in the St. George area until they moved to Parowan, UT in 2006.

Throughout Mike’s life he worked in all fields of construction which led him to become his own boss as a General Contractor. Mike had a passion for building & a love for wood. He had immense talent in hand crafting custom hardwood furniture. He had a love of people, children, & dogs, especially his Irish Setters, but most recently his sweet Golden Retriever Lilly. He was famous for his humor, a lengthy list of one liners, & the nicknames he gave the ones he loved.