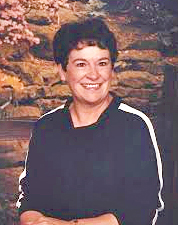 Bonnie Jean Alderman passed away on March 4, 2014 at Dixie Regional Medical Center in St George, Utah at the age of 84. She was born February 8, 1930 to Roy and Ada (Parry) Mikesell in Salt Lake City and was the youngest of seven children. She was married to E. Bud Alderman on February 1, 1986 in San Diego, CA. Bonnie graduated from West High School in Salt Lake City in 1948. For a short while, she was with Blue/Cross Health Insurance before going on to United Airlines. Bonnie then was transferred to Los Angeles. The company sent her to San Diego and ended up working at their SATO Ticket Office (SATO) at the Naval Air Station, North Island before retiring in 1986. This was where we (Bud) meet over a Yankee Dime.

Bonnie was a very talented singer while in high school and was invited to attend Julliard in New York City. Her father chose not to let her go because of being too young.

She is survived by her husband and three step-children: Randy of Moore, OK; Doug of Ft Riley, KS; and Toni Alderman of Ft Worth, TX. Several nephews and nieces all from the Salt Lake area and Washington State. She is preceded in death by her parents and three brothers and three sisters. Bonnie was the last of her siblings.

No donations please but if for flowers, she would like potted plants to be buried at the grave site. Bonnie loved lots of flowers. May the good Lord bless and keep you in the palm of his hand. Live Large.