ZION NATIONAL PARK — Winter seems long gone in Southern Utah and Zion National Park is easing into its spring hours. Several services are opening back up in the park for the busy season, offering up a unique opportunity during the month of March. 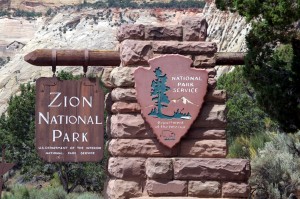 Zion is technically open 24/7, 365 – except during federal shutdowns of course – but its campgrounds, bus system, and facilities such as the history museum are closed or have greatly reduced hours during the winter.

March is a special time in Zion because more campsites open up and unlike April–October, you can still drive through the main drag in the park, Zion Canyon Scenic Drive, in your own private vehicle. This is the perfect time for you camper and hiker types because you can access many of the park’s famous trailheads by car. For example, you can drive straight to trailheads like Weeping Rock or The Grotto.

Also, as the temperatures continue to rise above 60 degrees in Zion, many of the higher elevation trails are de-icing. Even though all trails are open now, Zion National Park spokeswoman Alyssa Baltrus told St. George News that park visitors should be warned that some trails may still be icy and recommended people carry slip-on ice shoes for now.

Listed below are the changes that occur over the next month in the park.

‘This bill is a big tax cut’; Southern Utah lawmakers give their thoughts on tax reform, referendum

St. George News Year in Review: Most read and notable stories of 2019

City of St. George considers leasing marathon to outside group for race management