ST. GEORGE — So dominant was the Desert Hills defense Friday night against Grantsville, a Cowboys fan (and presumably a parent of a player) spent part of the second quarter yelling at the Thunder coaching staff for having his players try too hard.

Who can blame the Grantsville faithful for the frustration? It was nearly six minutes before GHS even hit the rim against Desert Hills. The Lady Cowboys (or is it Cowgirls?) scored their only points of the first half on a 15-footer by freshman Abby Butler in the final seconds of the first quarter. It was 44-2 at halftime and 70-6 after three quarters before the sloppy fourth quarter, filled with DH freshman and JV players, salvaged an slightly better 83-22 final score.

“Sometimes it’s hard to keep your concentration when you’re up by that much,” said DH sophomore Kenzie Done, who led all scorers with 20 points in the game. “We just have to keep encouraging each other and not let the other teams think they have a chance.”

Done has emerged as an important part of this Thunder team as a sophomore, carving out some playing time for herself despite the five quality senior starters  on the squad. Also working her way into major minutes is Ashley Beckstrand, who had seven points and several “ooh”-inducing assists in the game.

There’s no question things will get more difficult for Desert Hills as the state tournament progresses, but the Lady Thunder were hitting on all cylinders early. Haley Bodnar had three blocked shots in the first three minutes, while Blair Bliss had a couple of steals and two 3-pointers and Emily Seifert had a breakaway for two, prompting a time out by Grantsville at 10-0 with 5:30 to go in the first quarter.

The brief respite did little to stem the tide as the Lady Thunder kept rolling, as Done, Beckstrand and Karlee Myers got in on the act, pushing it to 24-0 before Butler finally hit a buzzer-beater to close out the period and make it 24-2. Poor Grantsville didn’t even hit the rim until the two minute mark of the quarter, either turning the ball over or throwing up airballs. Any shot in the lane was systematically rejected by Bodnar, who finished the game with eight blocks.

“Blocks are like the highlight,” Bodnar said. “That’s probably my favorite part. A little bit like a goalkeeper.”

The second quarter was more of the same, only this time Grantsville couldn’t even get a jumper from Butler. DH won the quarter 20-0, prompting some shouting from the stands, perhaps a cry for mercy. That mercy finally came in the fourth quarter when Desert Hills hit 80 (it was 80-6) and Allred emptied his bench.

“Our biggest goal tonight was to come out and play hard defensively,” Allred said. “We did a really good job of playing hard. It’s playoff basketball. I don’t know that it’s our job to coach to keep it close. We’re going to play hard.”

Desert Hills, 22-1, has won 15 straight games and is ranked No. 1 by the Salt Lake City media outlets. The Thunder, who average nearly 70 points a game, had eight players score and four of those made double-digits. Along with Done’s 20, Bliss had 15 (including three 3-pointers), Seifert had 14 and Bodnar had 13.

The state tournament now shifts to Cedar City and Southern Utah University’s Centrum Arena. Desert Hills will play in the first girls game of the day Thursday at 4:10 p.m. against Juab, the No. 2-seed from Region 12. The Wasps advanced to the quarterfinal round by defeating Union 49-43. Ally Nelson, a 5-foot-5 senior guard had 22 points to lead Juab (12-10) to the victory.

Grantsville, which did get 10 from Butler, finishes the season 5-17.

It was a chilly night in Garland, Utah, but the Lady Reds started off hot on the basketball court, grabbing a double-digit lead in the first quarter, and held the lead throughout the game.

But the Lady Bears made them work for it, sending Cedar to the free throw line 40 times in the game. CHS hit just enough of the charity shots, 24 (for 60 percent), to hold on for the eight-point win.

Courtney Morley had 13 points and 10 rebounds and Javlyn Weaver added 11 points as Cedar won its fourth game in a row and advances to the state quarterfinals. The Lady Reds, 13-10, return to Cedar City and will play Carbon at 5:50 Thursday evening at SUU’s Centrum Arena. The Lady Dinos, 12-12, rallied from down nine points in the fourth quarter to take a 33-31 win at Juan Diego. Carbon outscore Juan Diego 16-5 in the final period. The Soaring Eagle aided in the comeback by hitting just 6 of 17 free throws (35 percent).

The Lady Warriors started slowly and played catch-up all game long. By late in the third quarter, things looked desperate as Stansbury had opened up a 10-point lead.

But Grace Walton and Ashlee Nyborg led a comeback that eventually tied the game at 40-40 with 59 seconds left in regulation. The Stallions hit the go-ahead basket moments later and SC had a chance to tie, but couldn’t get the basket to fall, leaving them two points short.

Walton finished with 15 points and Nyborg had 9 as the Lady Warriors end the season with the road loss and a record of 11-10.

Stansbury, 15-8, will play in the quarterfinals Thursday at 9:10 p.m. against Morgan, which beat Richfield 77-30. The Lady Trojans led by 38 at halftime and cruised from there. Rashel Blazzard, who averages nearly 20 points a game, scored 29 for Morgan, which is 21-1. 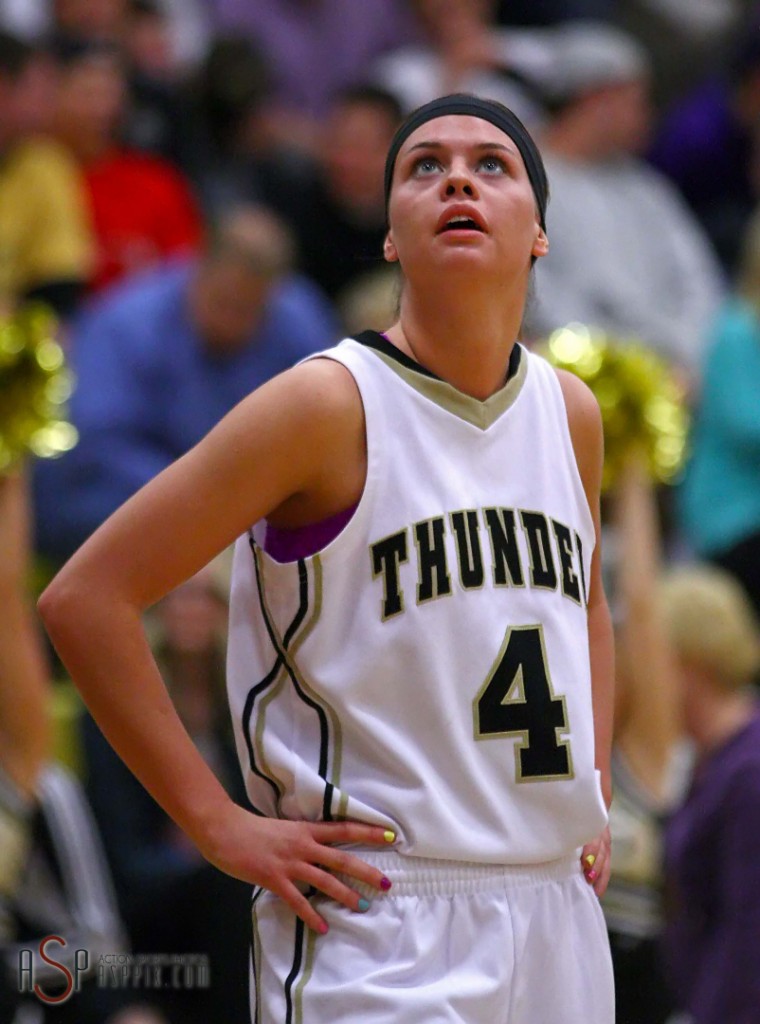 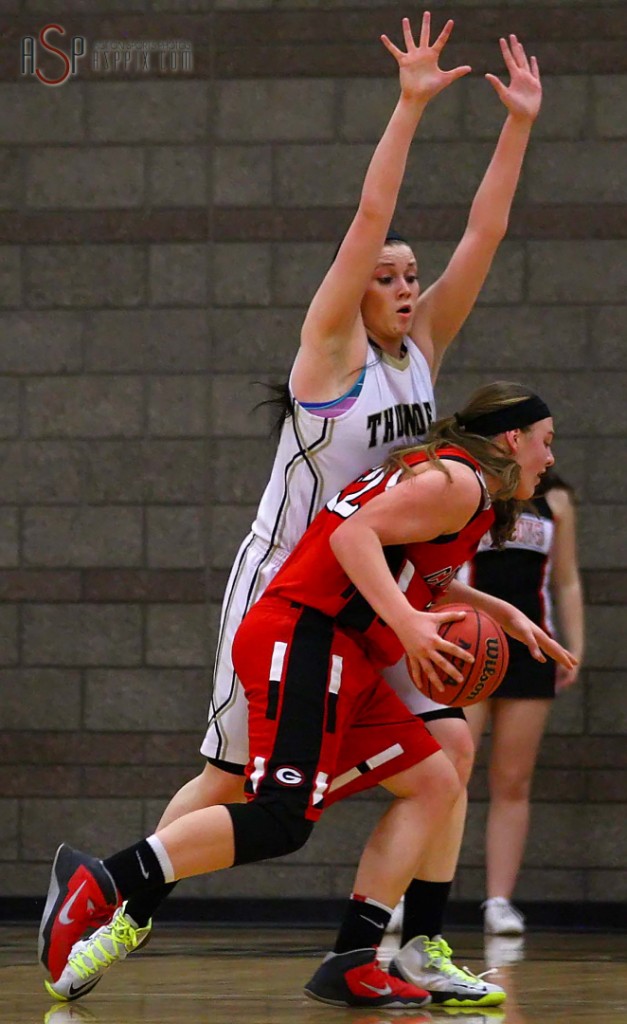 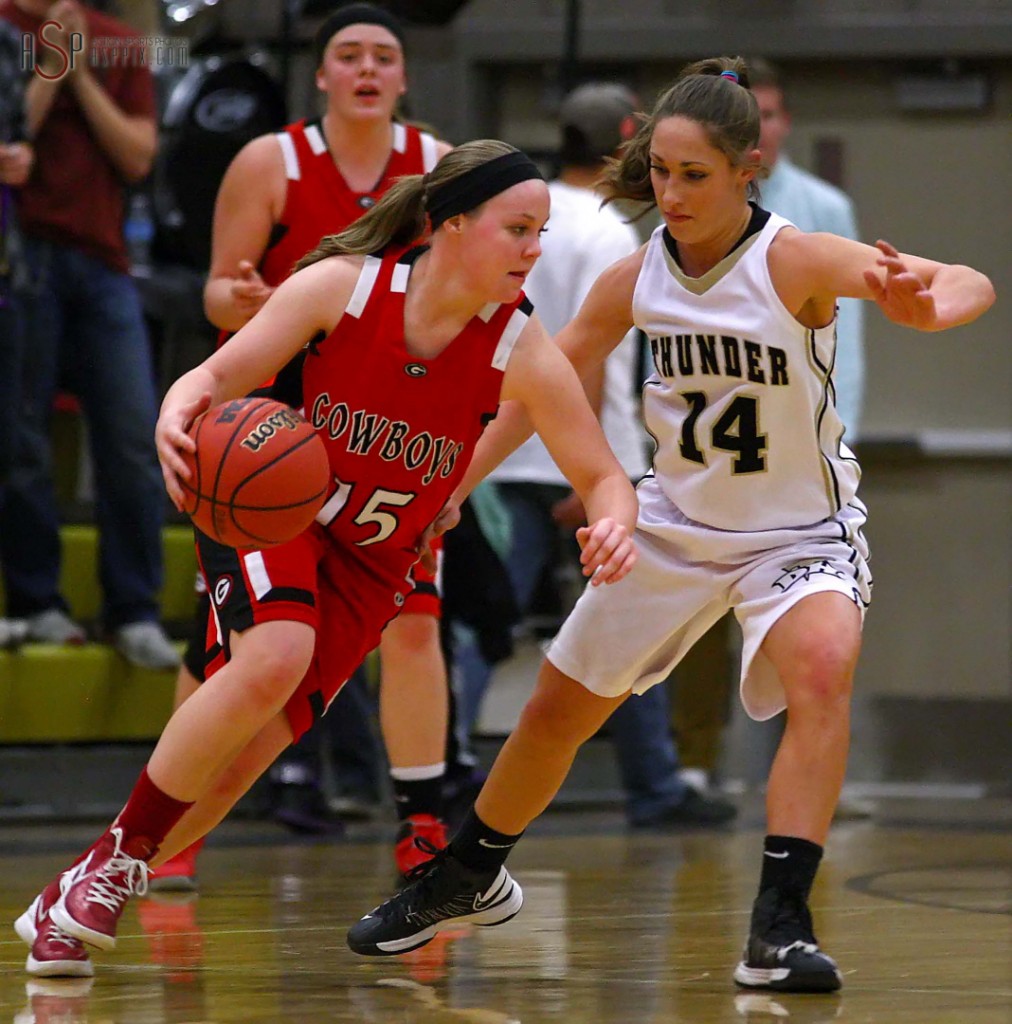 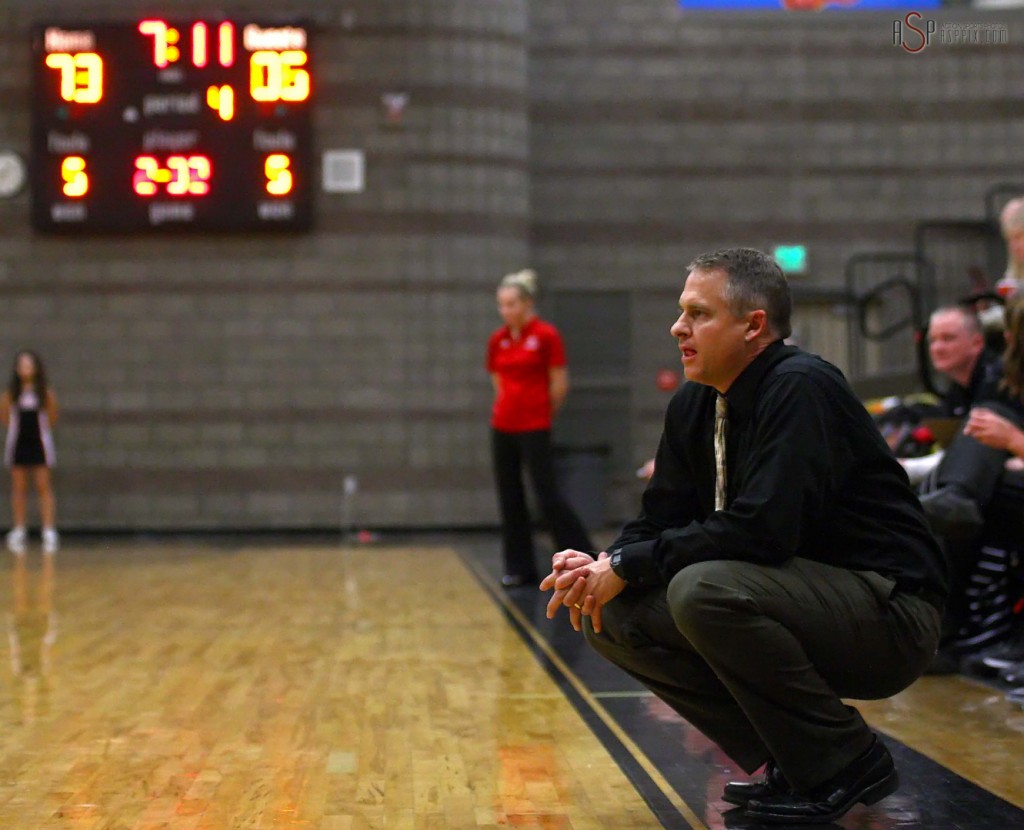 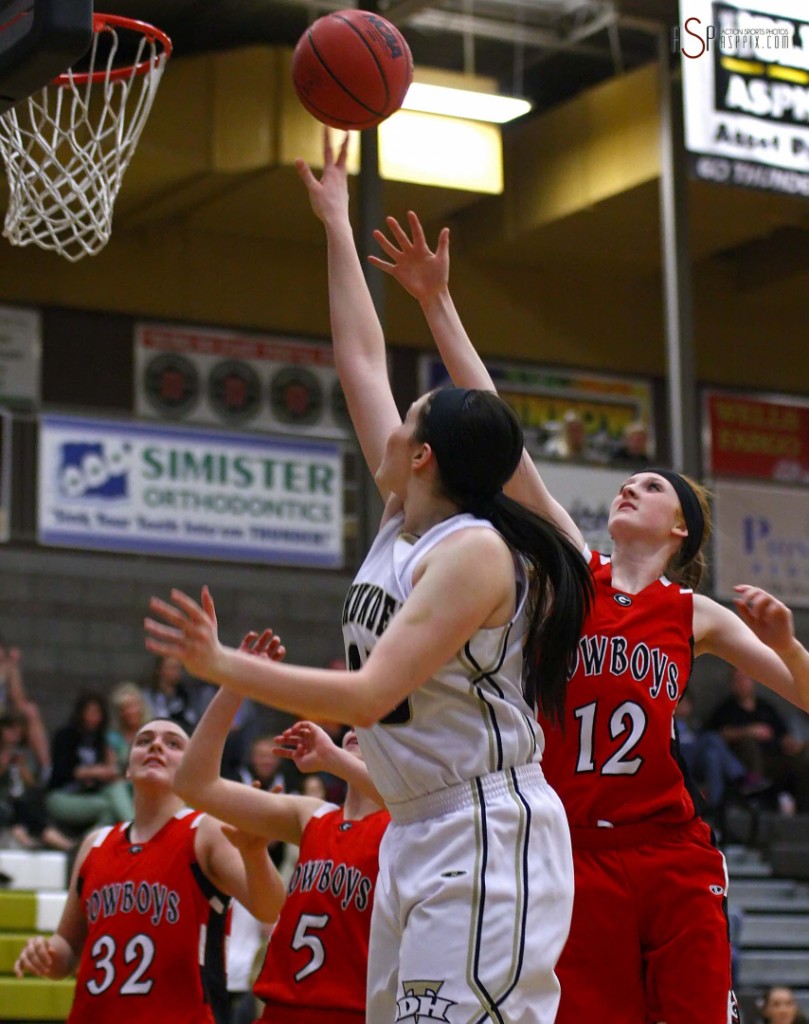