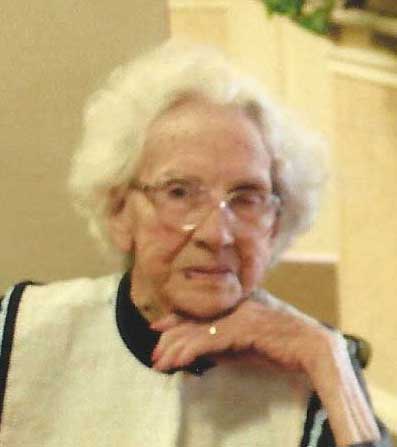 Bonnie McIntire Isaac, our beloved Mother, Grandmother, Aunt, Sister and friend passed away February 19, 2014 in St. George, Utah of natural causes at the age of 91. She was born July 14, 1922 on a farm south of Price, Utah to William Mathis and Zelma Harmon McIntire. She was number seven of eleven children. Bonnie attended school until she graduated and moved to Salt Lake City. She worked in Auerbacks Tea Room where she met her husband, Phillip John Isaac.

When Phil was called to service during World War II they decided to get married on January 31, 1942 at the home of his parent. Their marriage was later solemnized in the Salt Lake LDS Temple when he returned and the war ended.

A job change took them to California where they raised their two children. Phil passed away October 27, 1986.

Bonnie was a devoted mother. She knew no strangers and made many friends. She is remembered by her loving, caring spirit as she helped nurse her brothers and sister during their passing.

There are no services at this time. Interment will be at a later date in the Salt Lake City Cemetery.

Gone… but not Forgotten!!

Arrangements are under the direction of Spilsbury Mortuary, St. George, UT 435-673-2454. You are invited to sign her guest book at www.spilsburymortuary.com.