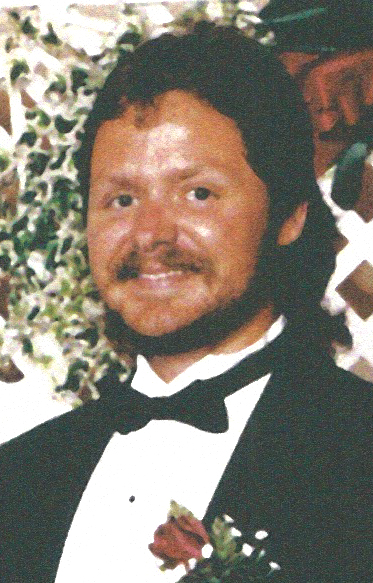 Scott Edwin Thayer, age 48, passed away on 13 February 2014, in St. George, Utah. He was born in Murray, Utah on 27 February 1965, son of Carol Ann Fowles and Ronald Edwin Thayer (deceased). He was married three times and divorced.

Scott lived his life in Salt Lake City, Utah. Attended Bingham High School then joined in the Army National Guard.  He spent his time in the states and Panama Canal. Scott went to Truck Driving School and obtained his CDL Drivers License. He worked for Dick Simon Trucking for many years then moved to Springdale and started his own trucking Company. He retired after 28 years of driving.

He was a loving and caring guy willing to give himself to others. Scott loved to joke, tease and play around. He had the ability to fix anything. He loved to make new friends and talk to all people.

He is survived by his daughter, Britanya Lynn Malan of Urbana, IL; four grandchildren; mother, Carol Thayer of Springdale, UT; brothers, Steven Ray (Joanne) Thayer of Magna, UT, Tony Lynn (Robin) Thayer of Hurricane, UT. He is preceded in death by his father.

In lieu of flowers, donations may be made to Carol Thayer, PO Box 171, Springdale, UT, 84767, to help cover the funeral services.

Arrangements are made under the direction of Spilsbury Mortuary, 435-673-2454. Friends and family are invited to sign Scott’s guestbook at www.spilsburymortuary.com.