ST. GEORGE — The scissors were primed to cut down the nets. The cartons of chocolate milk were on ice. The bubble wrap was off the Region 9 championship trophy. In fact, the region title has been clinched for more than a week for Desert Hills, but all that pomp and pageantry would have to wait until the Lady Thunder took care of business against Canyon View Thursday night.

They would take care of business against Canyon View Thursday night, wouldn’t they?

Actually, thanks to dominant performance on the offensive glass and an unrelenting defense effort, Desert Hills did take care of business to the tune of a 66-34 victory over the Lady Falcons at the Thunderdome. Then the party started.

“It feels awesome,” said DH center Haley Bodnar, who had 20 points and 8 rebounds in the victory. “We’re definitely going to enjoy this today. It’s back to work tomorrow, but today we are going to savor this.”

Canyon View, desperately fighting for the last playoff spot from Region 9, did not go down easy. The Falcons were feisty and energetic. But they were also no match athletically for the talented Thunder. And though Desert Hills did not get its normally prolific offense cranked up in the first half, the Thunder defense and rebounding was impressive. Canyon View managed just five field goals and 14 points in the first 16 minutes, while DH snagged seven offensive rebounds, resulting in 10 second-chance points in the first half. The halftime lead was 25-14.

After intermission, that Desert Hills offense, which averages better than 60 points a game, finally kicked into gear and broke the game open. Behind Bodnar, speedy Blair Bliss and Emily Seifert, Desert Hills opened the third quarter on a 15-2 run, making it a 40-16 runaway with 2:15 to go in the third.

“I think we were a little jittery today thinking about all this,” Bodnar said.

Desert Hills guard Karlee Myers agreed, but said her teammates all knew what was on the line.

“It hasn’t been hard for us to concentrate because we have that fire in the belly,” she said. “Winning the region is a great accomplishment, but it is just one of our goals. We think about it all the time how we came up just a second short of winning the state championship last year. That’s a big part of us. It’s always in our mind and so we know our work is not done.”

Bliss, who had 17 points, 8 boards and 5 assists, is one Desert Hills player who understands the magnitude of what her team has accomplished this season, and what lies ahead. Bliss was a key part of the Thunder volleyball team that went undefeated this past fall, only to lose in straight sets to Hurricane in the championship match at Utah Valley University.

“The coaches kept telling us how cool this is, to go undefeated in region,” she said. “It is a great thing. We have achieved our first goal. But like in volleyball, the region championship means nothing in the state tournament. Everyone is 0-0 now. I remember what happened in volleyball and think about it every day. We’re going to have a target on our backs. So we have to focus and stay hungry.”

The Thunder finish the regular season 21-1 overall, 12-0 in region with an average score this year of 65-42, a point-differential of plus-23. Desert Hills will host Grantsville Friday night at 7 p.m. in the first round of the 3A State Tournament next week. Grantsville, 5-16, finished fourth in Region 11.

Canyon View, which got 12 from Josie Platt and 10 from Jaycee Slack, finishes 10-12 overall and 5-7 in region, one game out of a playoff spot.

Grace Walton is an excellent softball player. As it turns out, the SC senior hoops it up pretty well, too. Walton had 19 points to help the Lady Warriors capture a two-point road win Thursday night and lock up the No. 3 spot in region 9 heading into the state 3A playoffs.

Walton, who missed five games with a knee injury, was red-hot, scoring nearly half her team’s points. SC was 2-3 in her absence, including a 13-point loss at home to Dixie.

The Warriors, 11-9 overall and 7-5 in region, had a six-point lead at the half and watched as Dixie whittled away at it. But in the end, Snow Canyon came away with the victory, stopping a three-game skid. SC will likely play at Stansbury next Friday with time still yet to be determined.

Dixie, which got a nice 17-point, 12-rebound performance from Liz Empey, ends its season with a 9-11 overall record, 4-8 in region.

Courtney Morley had a career-high 25 points as the Lady reds claimed the No. 4-seed from Region 9 and will head to Bear River in the first round of the playoffs.

Morley and Javlyn Weaver led a 17-point scoring rush in the second quarter that busted open a close game. Morley, who normally scores less than 12 points a game, made a living in the lane and at the line, punishing Pine View over and over again. Weaver aided in the effort with 14 points of her own.

A couple of weeks ago, Cedar was 2-5 in region, but the Lady Reds closed the season on a 4-1 tear, beating everyone except the top-ranked Thunder.

Ashlie Richards had 14 for Pine View. 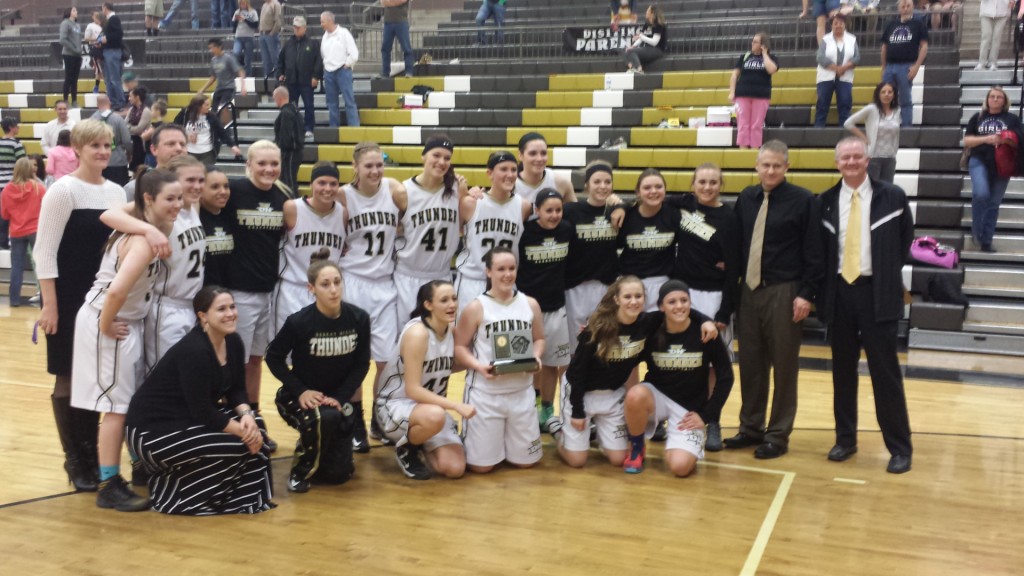 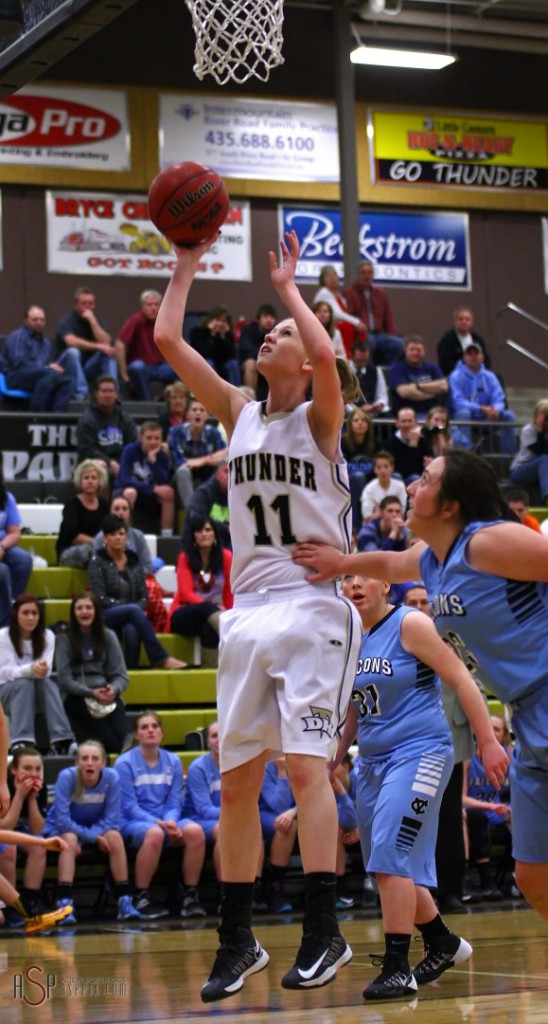 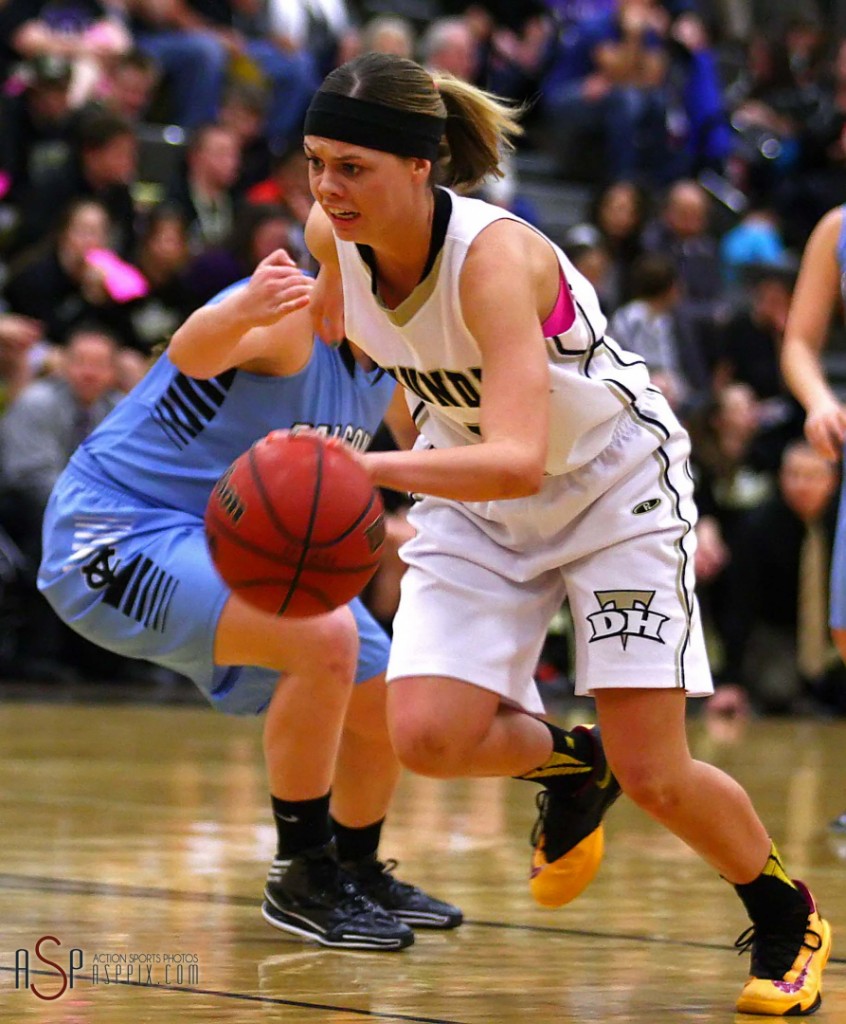 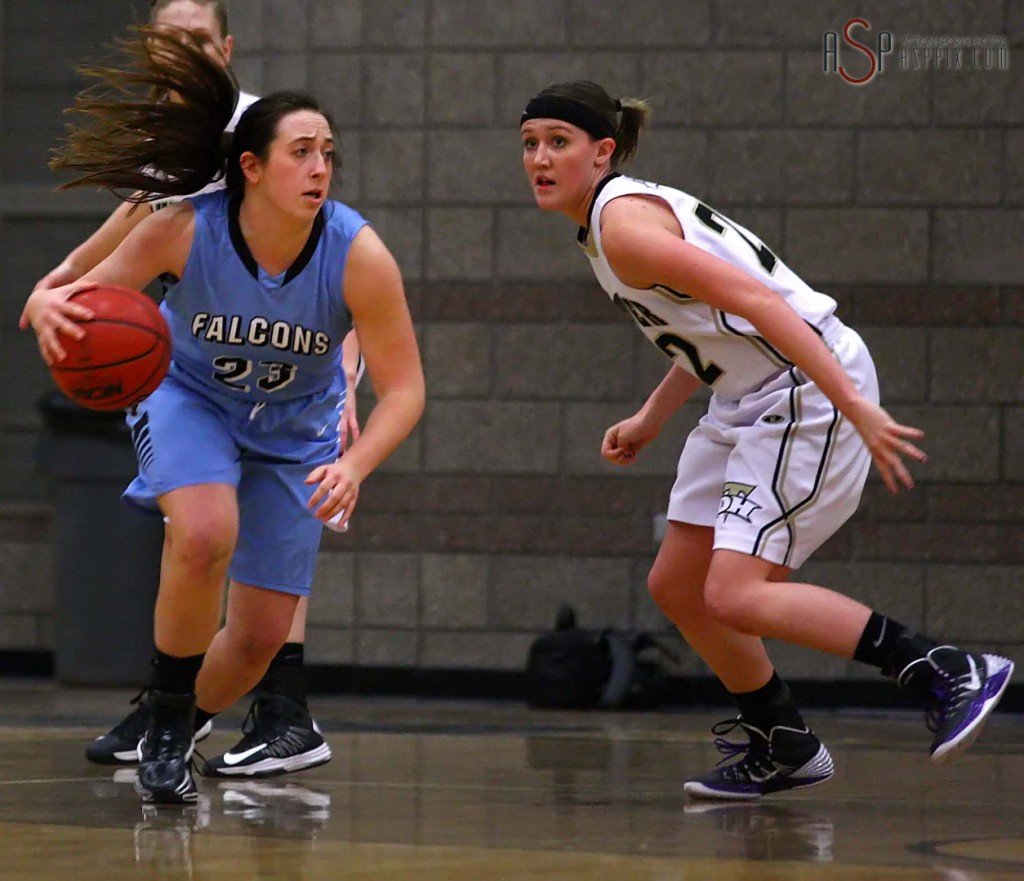 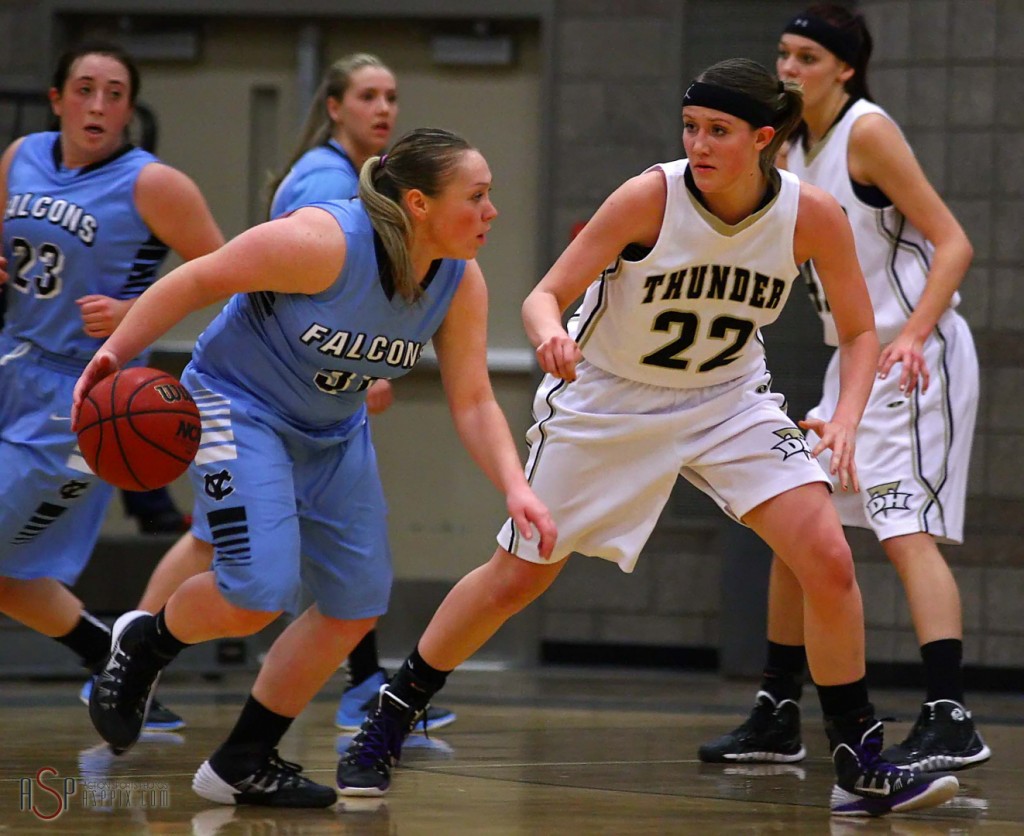 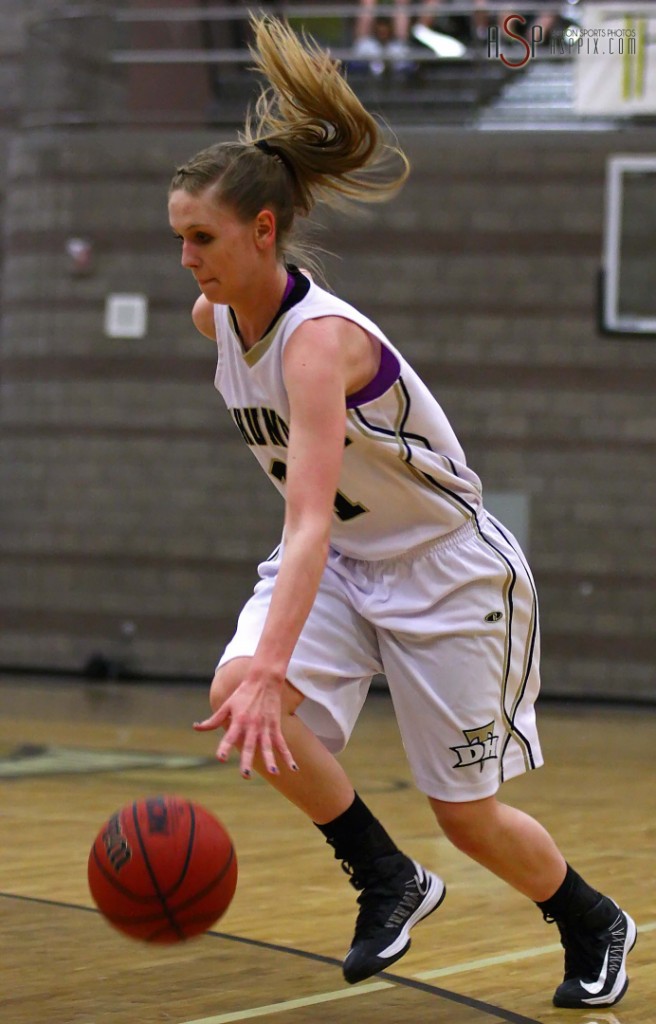 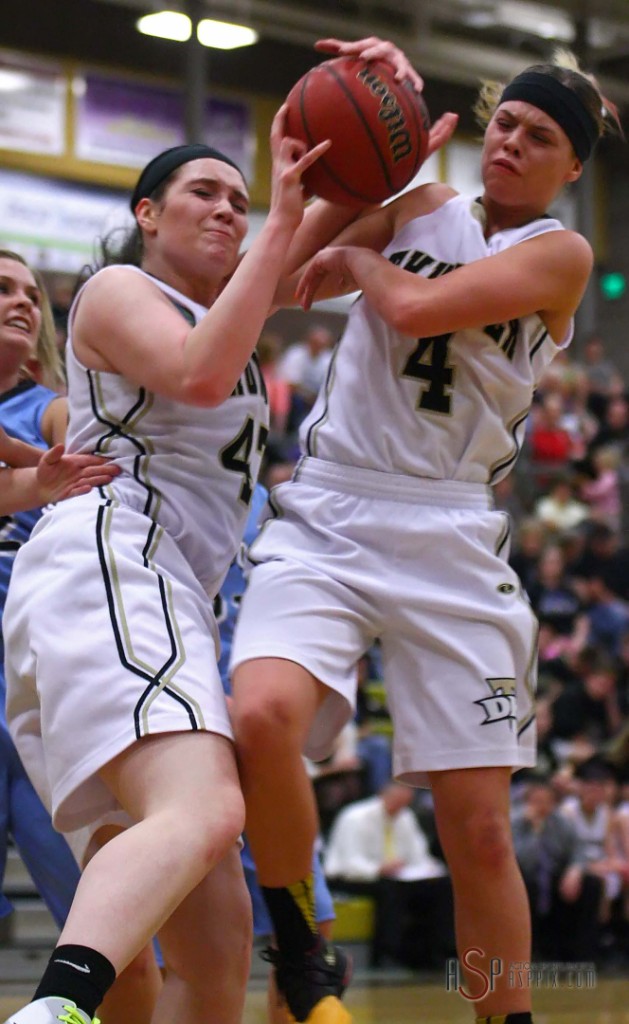