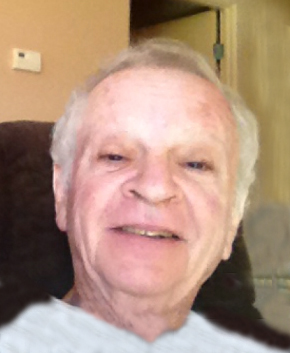 Arnie Nathan died February 14, 2014 in Salt Lake City, Utah. He was born in New York City but grew up in Jersey City, New Jersey. He was a graduate of Rutgers University in New Brunswick, N. J. where he obtained his Bachelors and Masters Degree. He joined the Navy and served in Viet-Nam from 1968 – 1970 and was exposed to Agent Orange during his tour in Viet-Nam on The Helicopter Carrier New Orleans.  Arnie died because of illness related to Agent Orange.

Arnie sold insurance for many years. He was an Executive Recruiter for the Insurance Industry for 30 years and owned his own business. He loved working with people.

Arnie and Ellen moved to Ivins in the summer of 1999. They built a beautiful home in Kayenta in Ivins and enjoyed his time in Utah; prior to that he lived in Pembroke Pines, Florida for 25 years.

Arnie was the District 7 Commander for the American Legion from 2008-2010.  He was a member of Post 711 in Ivins and the 2nd Vice Commander for the American Legion Post 711. He was an officer for the Disabled American Veterans from 2008-2009 as well as a Service Officer and then the adjutant for one year.  Arnie belonged to the Veterans Coalition of Southern Utah and helped in the process of getting the Ivins Veterans Home in Southern Utah. He was a Court Appointed Special Advocate for Children (CASA) for the past two years. Arnie was a board member of “Beit Chaverim” Jewish Community of Southern Utah for the prior two years.
Arnie leaves behind his loving wife Ellen Nathan of Ivins, UT; daughter, Connie Honey and his grandson, Jordan Honey both from Wesley Chapel, Florida; brother, Dr Jerry Nathan and sister in law, Ann Nathan from Highland Lakes, N.J.; niece and nephew, Jennifer and Troy Rodriguez and grand nephew, Max from Highland Lakes N.J., nephew and niece, Jeff and Christine Nathan and grand nephew, Jack and grand niece, Abby from Camden Maine; sister-in-law, Melanie Wimmer of Long Beach, CA; brother and sister-in-law, Matt and Andrea Hiza of Mesa, Arizona; nephew and niece, Dr Alexander and Dr Jacqueline Saladino and grand niece, June and grand nephew, Andrew from Pittsburgh, PA. He was preceded in death by his Father and Mother William (Bill) and Esther Nathan.

Family and friends are invited to sign his guest book at www.spilsburymortuary.com. Arrangements are under the direction of Spilsbury Mortuary, St. George, UT 435-673-2454.