Since Warren’s World War II Navy tour of duty as a battleship fire control operator, he returned to the southwestern United States and has been relentlessly handing out American flags to anyone and everyone. This charity mission evolved after Warren returned from 12 years at sea where he shot torpedoes, guns and depth charges from destroyer ships. During that time he fought enemy dive-bombers, torpedo planes, battleships and land attacks.

Warren was born and raised in Price, Utah, where he worked in coal mines until joining the Navy in 1940 just before Pearl Harbor, according to interviews done by Our Local History, an organization that records and publishes local War Vet stories.

In 1941 Warren was stationed at Pearl Harbor and was walking to church when the Japanese attacked and he had his first experience with battle.

“For a few moments I could hardly believe it was happening,” Warren said. “Immediately we all ran to general quarters, and my ship was able to shoot two of the planes down.”

Later, Warren’s ship was rammed on its way to Dutch Harbor, Alaska, where the Japanese task force had landed. His ship had to go back to California for repairs and he was assigned to another ship, he said.

His new assignment led him to several more engagements with Japanese aircraft during Hiroshima.  That ship was put out of commission in 1946.

Warren was then put on reserve until the Korean Conflict in 1950 where he was active for two years. During a battle Warren was fighting in, six other ships were lost and his ship was directly hit six times, although miraculously it didn’t sink.

During his service, he advanced up the ranks from seaman to chief petty officer, and retired.

After his Navy service he founded the Lee Warren Flag Foundation. Since then, every year, he had been handing out over 10,000 little flags during seasonal events and parades. He also had been giving out large flags when requested. He had been driving around town in a well-known white patriotic car for years.

“I’m The Flag Man, I give away lots and lots of flags to everybody,” Warren said in a previous interview by St. George News. 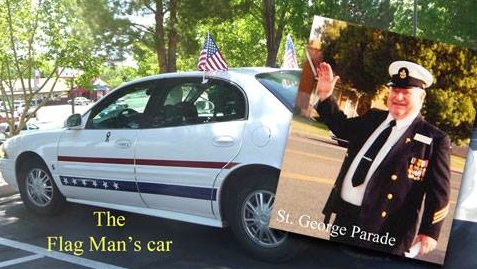 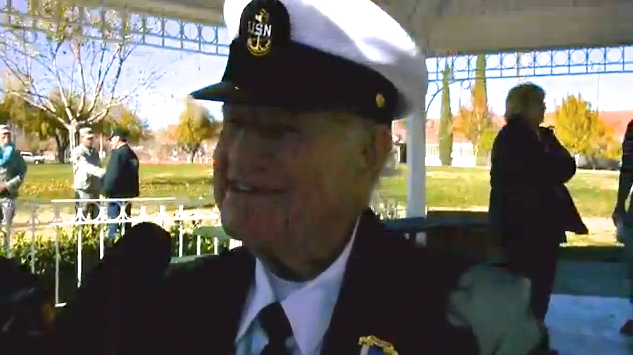 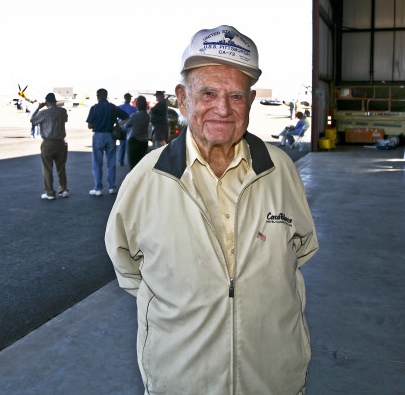 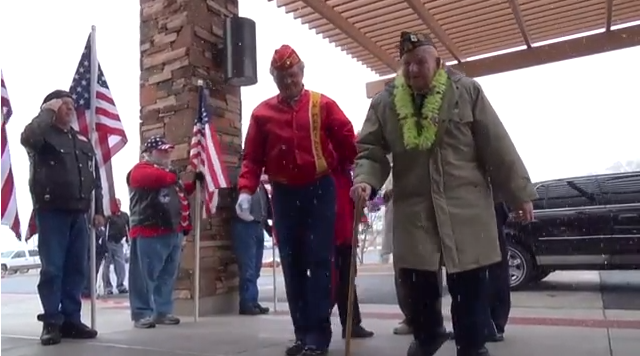 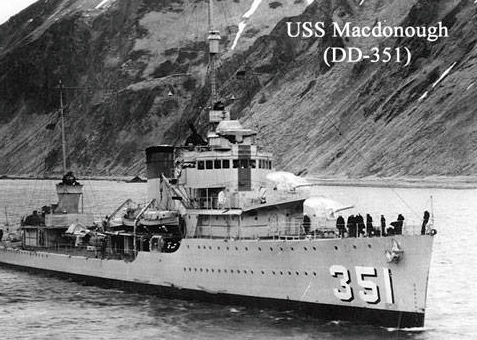 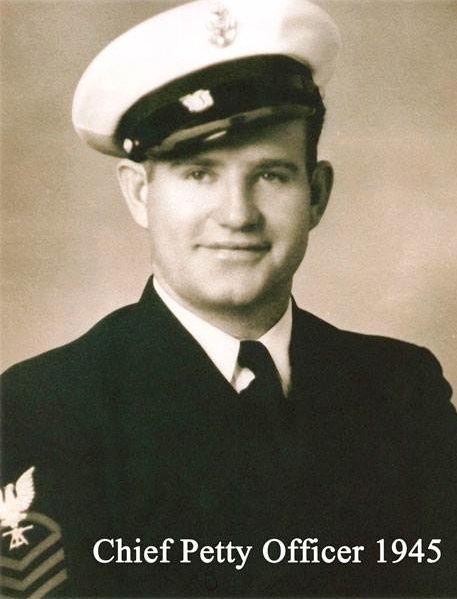