On a mild night here Tuesday in Utah’s Dixie, the Flyers scored a similar 30 points. But this is a different Desert Hills team as evidenced by the Lady Thunder’s 36 first half points and 65-30 final tally. This Desert Hills team is on a mission.

Led by Haley Bodnar’s 19 points and Karlee Myers’ 12, Desert Hills reeled off its 11th straight victory and improved to 17-1 on the season. DH outscored Dixie 121-59 in two meetings this season.

Bodnar, a 6-foot-4 senior center, has been playing varsity basketball since her freshman season and has started for Desert Hills since she was a sophomore. She is averaging 13.8 points a game this year and tied her career-high back on Jan. 7 of 24 points against Hurricane. She also achieved that feat last season. Bodnar has signed to play college basketball at Purdue University in the Big Ten Conference.

Desert Hills never trailed in this game, rushing out to a 21-6 lead in the first quarter. An underrated facet of the 17-1 Lady Thunder is their defense, which held Dixie without a 3-pointer and kept the Lady Flyers in single-digits in three of the game’s four quarters. It’s been three weeks since any team has scored more than 35 points on Desert Hills, despite the fact that the Thunder are averaging 64 points a game themselves.

Desert Hills led 36-14 at the half and 50-26 after three periods. The Thunder got 10 points from sophomore Kenzie Done and Emily Seifert and Ashley Beckstrand added seven each. D-Hills, 8-0 in region, maintained a two-game lead over Hurricane and will host the second-place Lady Tigers Thursday night in the Thunderdome.

Dixie, 7-9 overall and 2-6 in region, got 13 points from Liz Empey and 7 from Rebekah Miner. The Flyers need to get hot if they are going to make the playoffs and defend their state title. Dixie plays at Cedar Thursday night.

Brooklyn Gubler had 19 points and 8 rebounds as Hurricane overcame a slow start to blow past Pine View.

Gubler, a 5-foot-10 senior, is having a phenomenal senior season and leads Region 9 in scoring at 17.0 per game. She had six of the 10 points in a 10-0 run to start the second quarter that helped the Lady Tigers erase a 14-9 deficit at the start of the period. Shania Hurst and Maddie Hall had the other two baskets as Hurricane reversed their fortunes in just a matter of minutes to start the second.

The Lady Panthers, still searching for their first win of the season, pulled to within 25-24 early in the third quarter on a basket by Natasha Fiame. But Hall hit a 3-pointer, sparking an 8-0 Hurricane run to make it 33-24. It was still a game going into the fourth quarter at 37-29, but the Tigers put things on ice with another 8-0 with Hurst and Gubler leading the way.

Hurst finished with 16 points and Hall made three 3-pointers and ended up with 13 points. The Lady Tigers, 11-6 overall and 6-2 in region play, travel to Desert Hills for Thursday’s important region battle with the top-ranked Thunder.

Pine View, which got 12 points and three 3-pointers from Ashley Richards, fell to 0-15 overall and 0-7 in region play. The Panthers are home for Snow Canyon Thursday night.

The Lady Reds didn’t panic after a quick start by Canyon View and won the rest of the night to earn a split of the season series between the two teams.

The Lady Falcons had the inside track to the fourth playoff spot from Region 9 … until Tuesday night. Now the Lady Reds and Canyon View are tied, having each won on the other’s home court. Both teams are 3-5 in region, a game ahead of sixth-place Dixie.

Courtney Morley had 13 points and Javlyn Weaver had 12 as Cedar overcame an early 16-6 deficit. By halftime, sparked by a 3-pointer by Weaver and four points from Morley, Cedar had pulled to within 22-21 at the half. Defense ruled for the Lady Reds in the third quarter as Canyon View could manage just five points. Cedar turned the 22-21 deficit into a 31-27 lead and iced it late in the game on free throws by Weaver and Lisa Ballenger. 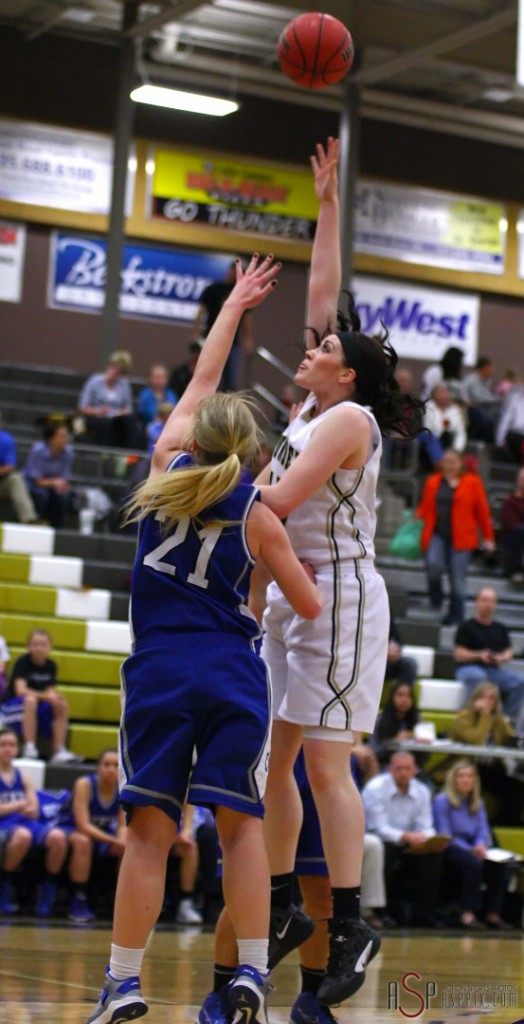 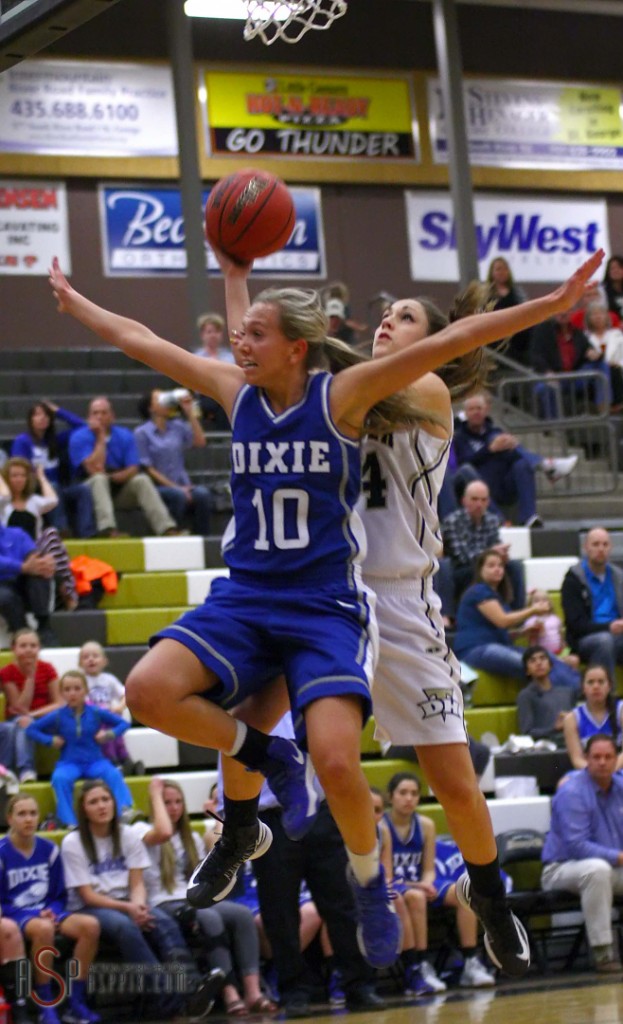 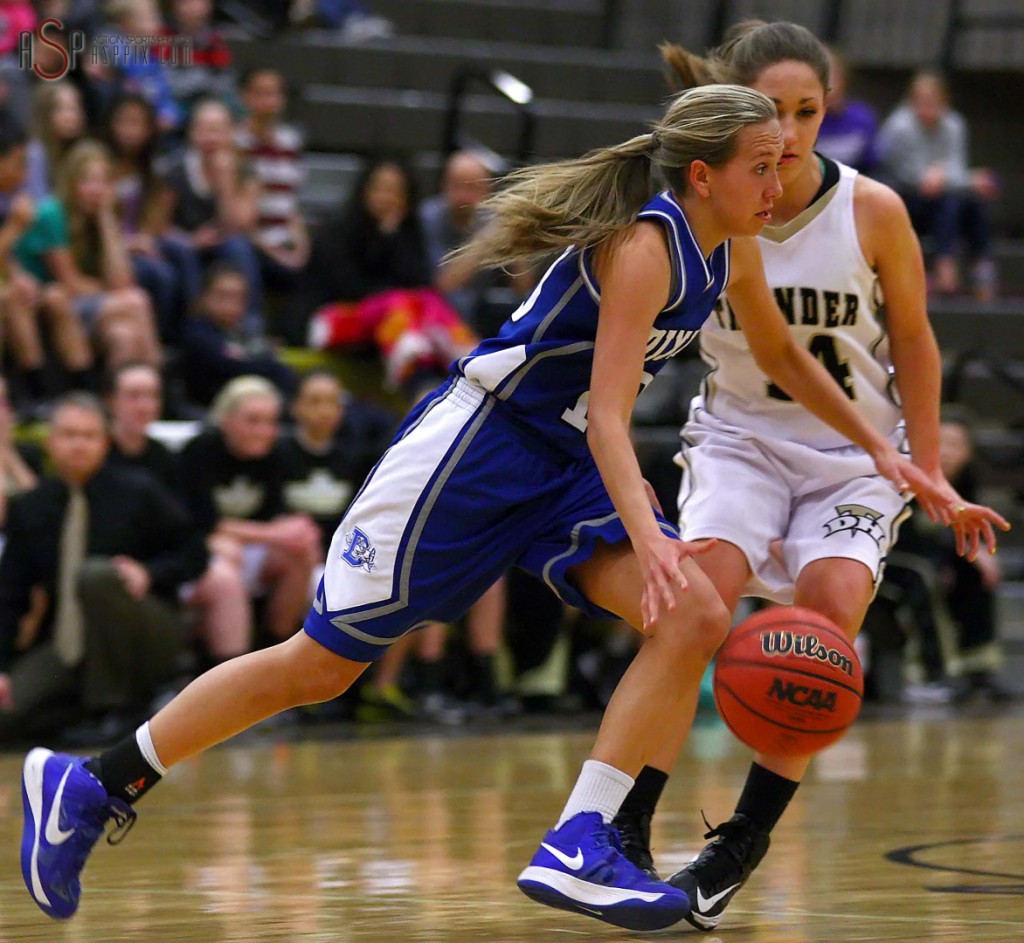 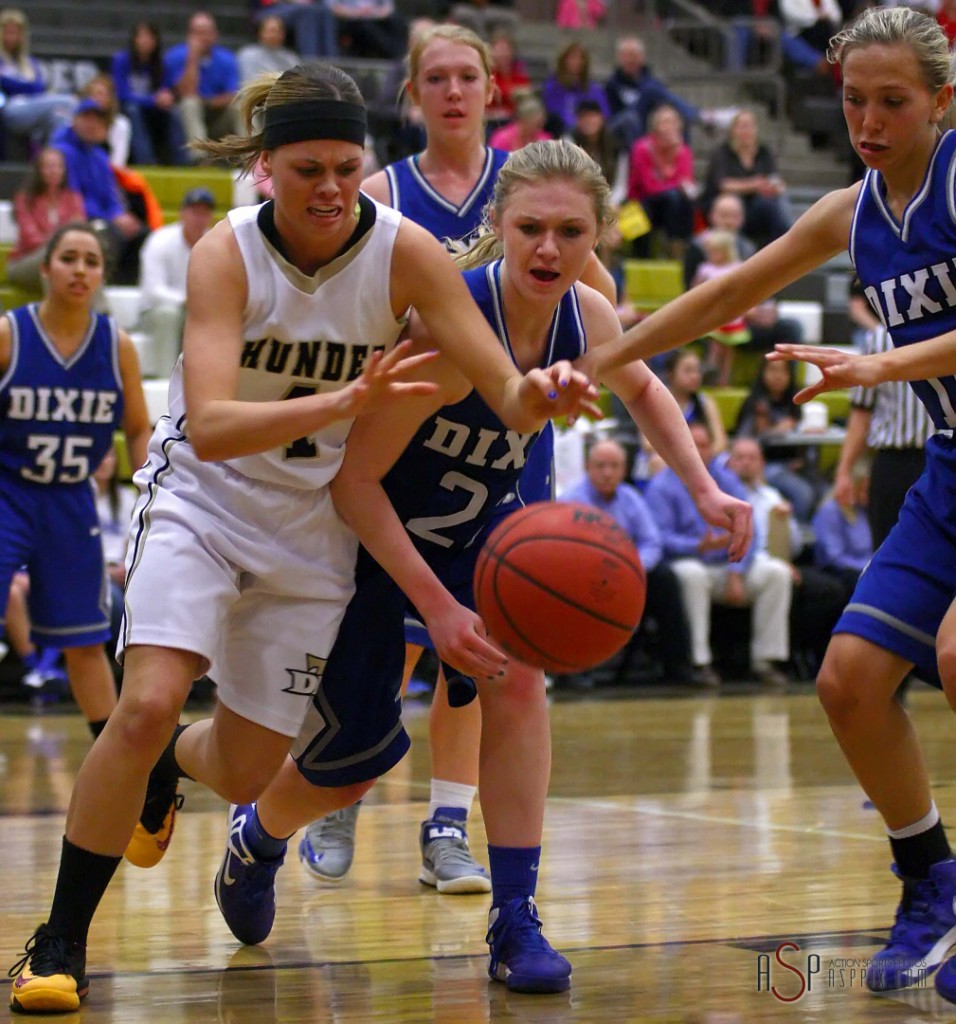 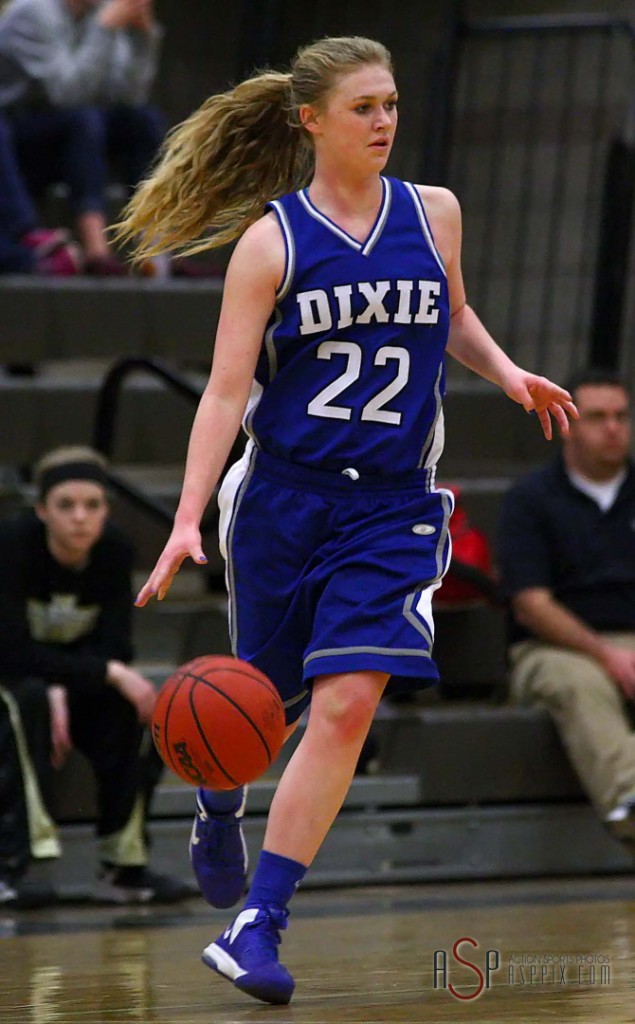 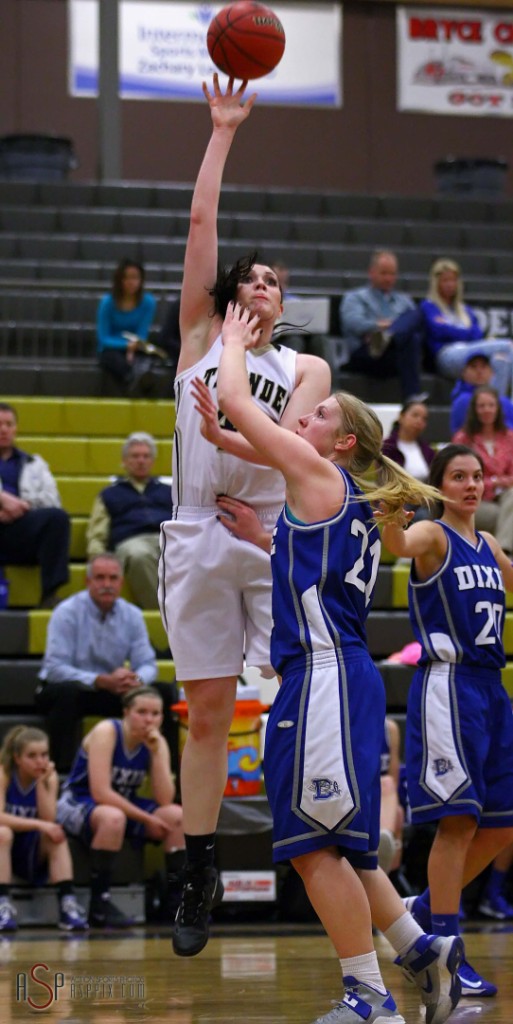 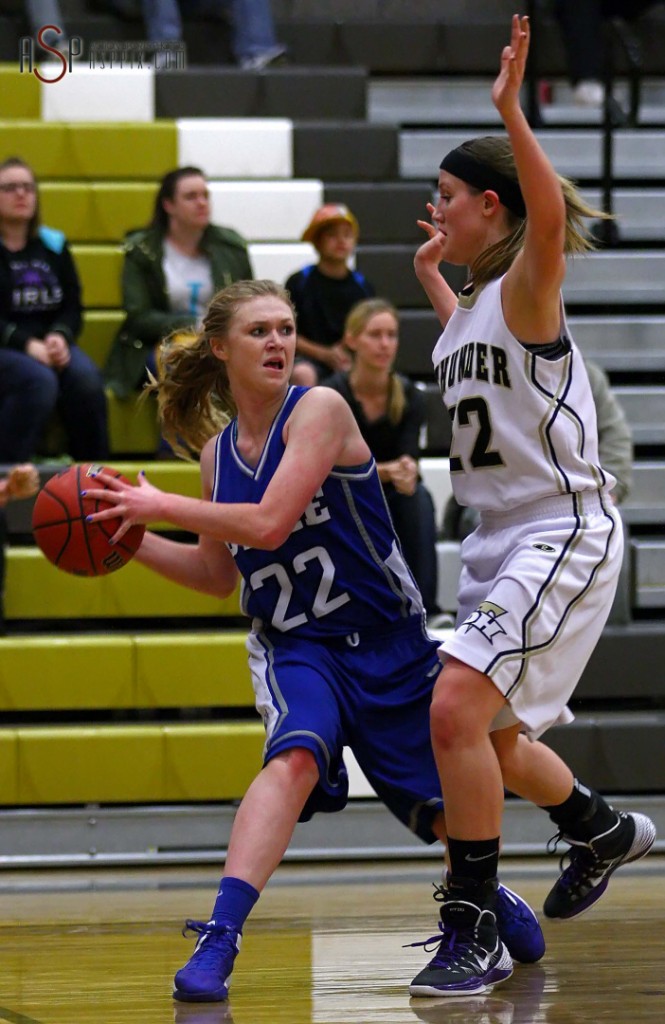 Here & there: When a broken spatula causes a sloppy grief