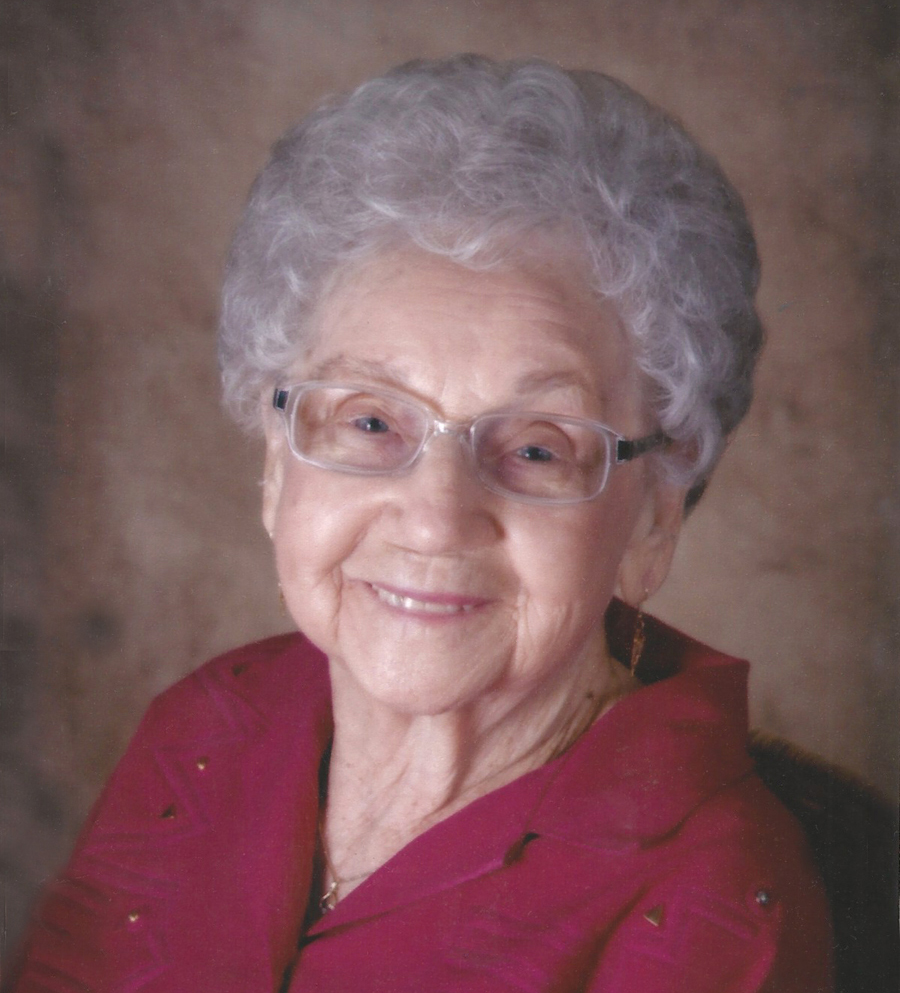 Beulah Graff Sammons McAllister passed away on Friday, January 24, 2014 at the age of 95.  Beulah was born to John Henry Graff and Josephine Tobler on November 26, 1918 in Santa Clara, Utah during the flu epidemic. She was the fifth of eight children.  Beulah lived most of her life in Santa Clara and St. George.

Beulah married James Monroe Sammons, on November 4, 1937, in St. George. Jimmie came from Kentucky with the CCC’s to build the Gunlock Dam.  Jimmie was a cook by trade and he and Beulah ran Bill’s Grill, Liberty Cafe, The Dixie Cafe (Desert Kitchen) and Jimmie’s Fountain, all in St. George.  Beulah worked hard all of her life.  Early in the morning she would be a waitress and then go to the courthouse for her full time employment.  She would also go early in the morning to the fields on Saturdays to help her brothers pack tomatoes and peaches.  In these last couple of years she would want to sleep in and would say she got up early all her life and she deserved it.

Beulah’s only child Josephine (Joey) was born November 5, 1939 in the old McGregor Hospital in St. George.

Jimmie died in Las Vegas, Nevada at the age of 49.  Beulah married Eugene McAllister from Kanab on June 17, 1966.  This marriage was later solemnized in the St. George temple on March 1, 1968.  Gene had never been married before and was 12 years older than Beulah. She was very happy with Gene and they did a lot of traveling after she retired from the Courthouse.  Gene passed away in 1992.

Beulah was a member of the Church of Jesus Christ of Latter-day Saints and held many callings:  Sunday school and Primary teacher, President of Young Women’s and Counselor in the Relief Society.

Beulah had many talents that she shared one being crocheting.  Many of you are recipients of the beautiful work that she did.  She also made many quilts, all of which she gave away.  She loved bowling and was very good at it.  She had a beautiful voice and sang in the ward choir and Singing Mothers chorus.

Our deepest appreciation for the loving care of our mother is extended to Elderberry Care (Mendy, David and Diane) and to Dr. Clark Staheli and his wife Deni.

Arrangements are made under the direction of Spilsbury Mortuary, St. George, Utah 435-673-2454. Friends and family are invited to sign Beulah’s guest book at www.spilsburymortuary.com.