ST. GEORGE — It’s been a hard-luck campaign for the defending state-champion Dixie Lady Flyers. But Tuesday night, it looked like there might be a light at the end of the tunnel.

Dixie put together its best game of the season, with forward Liz Empey exploding for 30 points, and the Flyers beat Snow Canyon 67-54 at SC’s Jungle Gymnasium.

It was just the second region win for the Flyers and only the second region loss for the Lady Warriors, but it was no fluke. Dixie broke it open in the third quarter and won going away. The Warriors, who have lost two straight, had no answer for Empey, who made two 3-pointers and also pulled down seven rebounds.

Dixie started region 0-4 and scored just 25 points in a loss to Cedar two weeks ago. The Flyers have been struggling through a season in which two returning stars off that championship team, Kelsey McCann and Aubri Challis, are unavailable. McCann moved out of the area and Challis suffered a serious knee injury that has her out for the season.

But in the last 12 days, the Flyers took Canyon View to the final gun before succumbing on the road, then beat Pine View by 13 followed by the impressive win over Snow Canyon.

At 2-4 halfway through region play, the defending champs still need a hot second half to even make the playoffs, but at least they have given themselves a chance with Tuesday’s win.

Snow Canyon had a four-point lead early in the game, but Dixie outscored the Warriors 17-11 in the second quarter to take a 27-25 lead into intermission. Dixie then dominated the third quarter, putting up 20 points and headed into the final period ahead 47-36.

The Lady Flyers have a key home game Thursday against Hurricane, which is 4-2 in region and now tied with Snow Canyon for second place. The Flyers, 7-7 overall, also got 13 points from Taylor Whitson and 9 from Rebekah Miner.

Snow Canyon, 8-6 overall and 4-2 in region, need to turn things around after back to back losses. The Warriors are home for Canyon View Thursday, then take a week off before visiting Pine View Jan. 30. Ashlee Nyborg had 16 points and Madison Mooring added 14 Tuesday night for the Warriors.

The Lady Thunder continue to roll through Region 9 unscathed with the blowout win Tuesday night in Iron County.

Four different DH players hit double-figures, led by sophomore Kenzie Done’s 15 points. Kassidy Cox chipped in 11, while Haley Bodnar and Emily Seifert had 10 each for the Thunder, who improved to an impressive 15-1 overall and a perfect 6-0 through the first half of region play.

The game was close early as the Lady Falcons managed a 6-6 tie through the first quarter of play. But Done nailed a 3-pointer to start the second quarter, sparking a 7-0 run. Cox hit two free throws and Done made a layup to fill the run, making it 13-6 and prompting a CV timeout.

Josie Platt hit a 3-pointer out of the timeout to make it 13-9, but Desert Hills would ride the hot shooting of Done and Blair Bliss to close the quarter on a 10-5 run and take a 23-14 halftime lead.

Shontae Clark made a trey early in the third quarter to pull the Falcons to within 25-17, but consecutive makes by Cox, Seifert, Done and Seifert again would provide an 8-0 run that turned the game into a 33-17 runaway. The Falcons would not get closer than 14 the rest of the game and the lead expanded to 29 at one point, though it never made 30.

Platt was tops for Canyon View with 10 points and Clark had 9, but the Falcons fell to 8-7 overall and 3-3 in region, in fourth place.

The Lady Reds got their second region win by doubling up the Panthers Tuesday night.

Courtney Morley had 16 points and Javlyn Weaver had 14 as Cedar pulled away in the second half with stout defense and the 3-pointer. Morley and Weaver combined for 6 long-balls.

Coming off a double-overtime loss to Canyon View, Pine View had a seven-point lead in the first quarter at 12-5 after Tayvia Ah Quin capped a 12-0 PV run with a jumper. But Cedar matched that run by scoring eight straight to close out the quarter and make it 13-12 after one.

The game remained close through the second quarter, with Pine View leading 19-16 before a 9-0 run by Cedar to close out the half and give the Lady Reds a 25-19 lead at the break.

But the second half was all Cedar as the PV offense went dry, scoring just four points in the third quarter and two in the fourth.

Cedar, 8-8 overall and 2-4 in region, is home vs. No. 1-ranked Desert Hills Thursday night. Pine View, which got 10 points from Ashley Richards, is 0-16 overall and 0-6 in region. The Panthers are off Thursday and are at Hurricane next Tuesday. 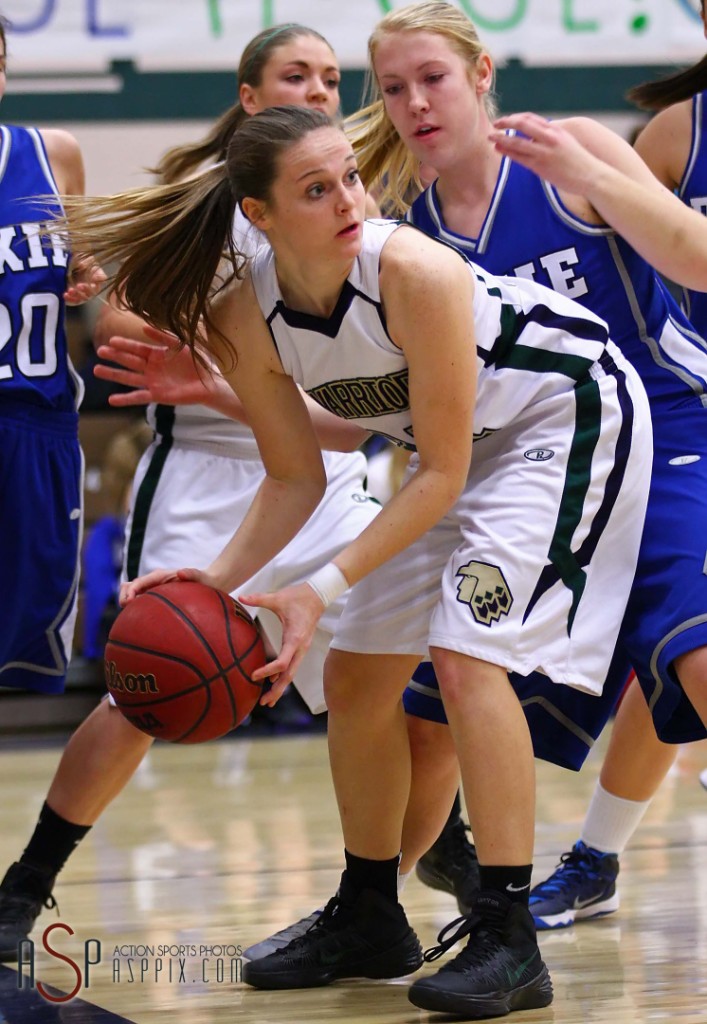 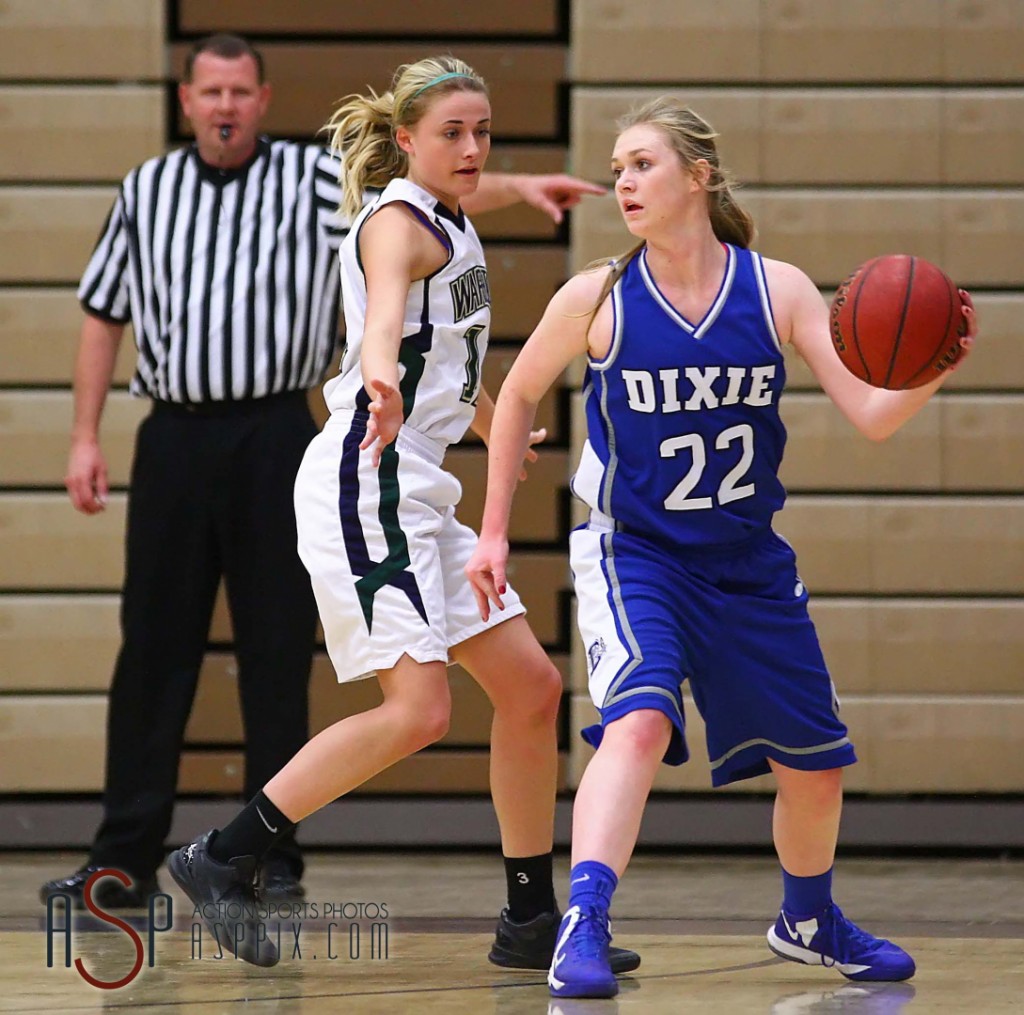 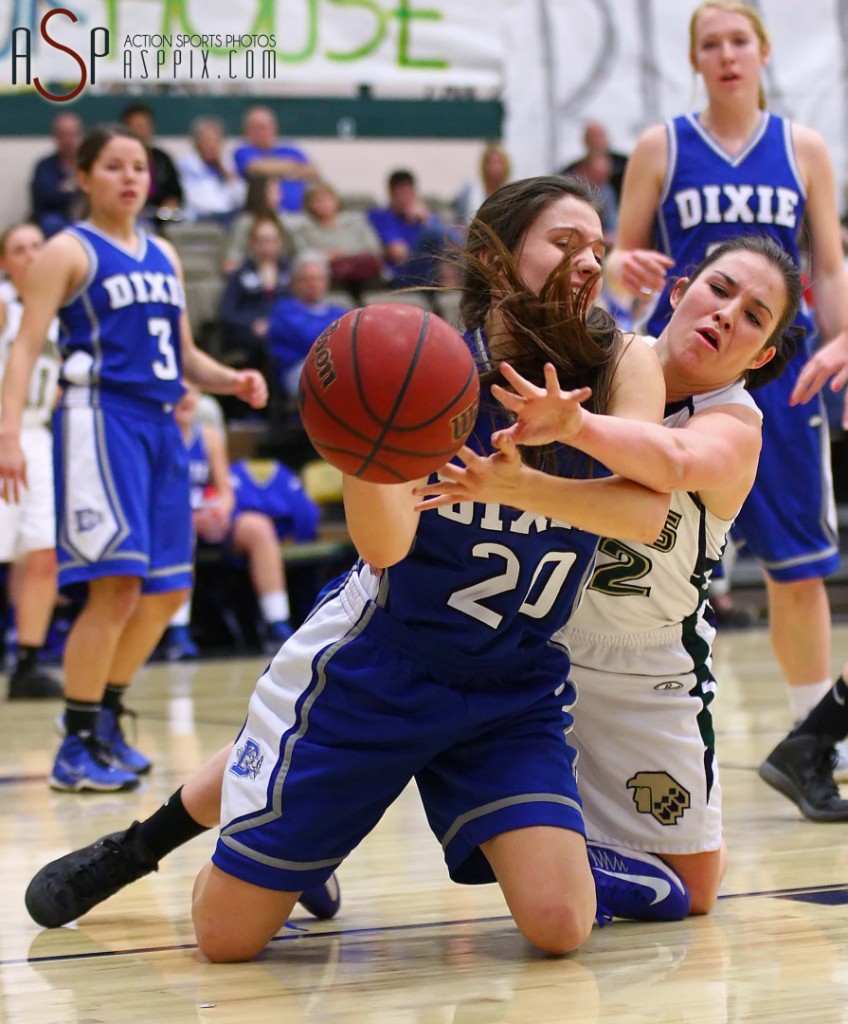 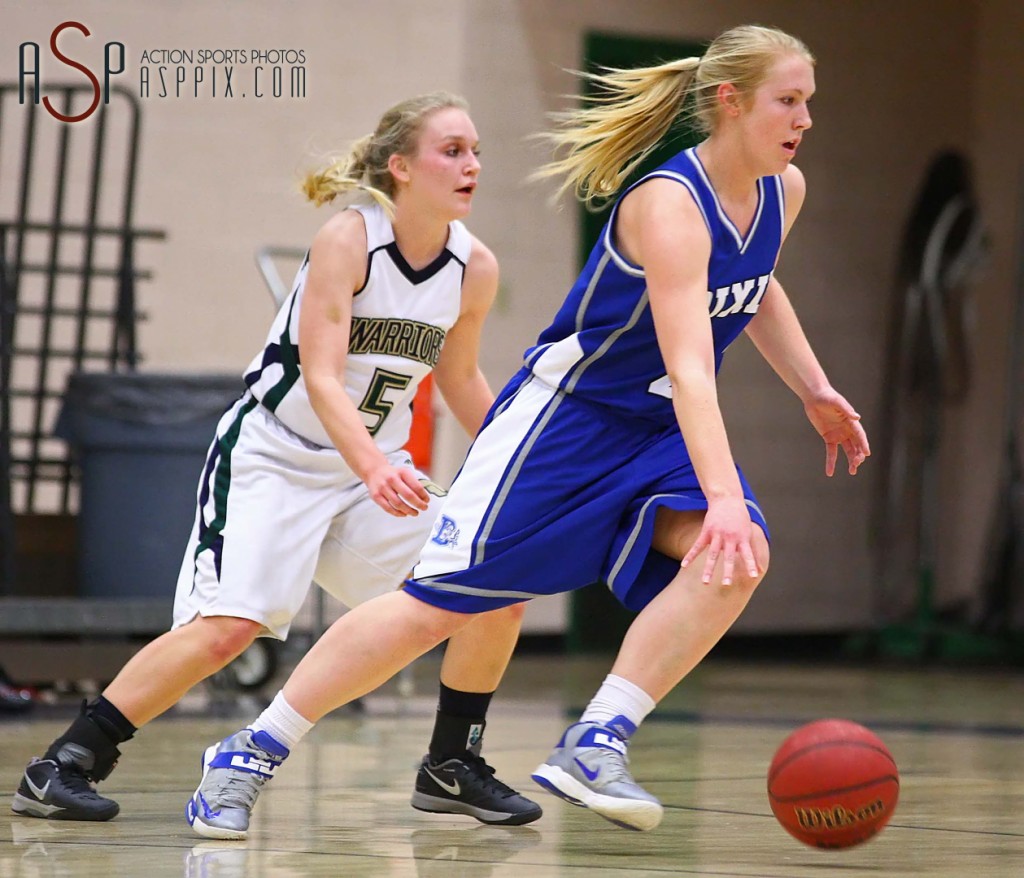 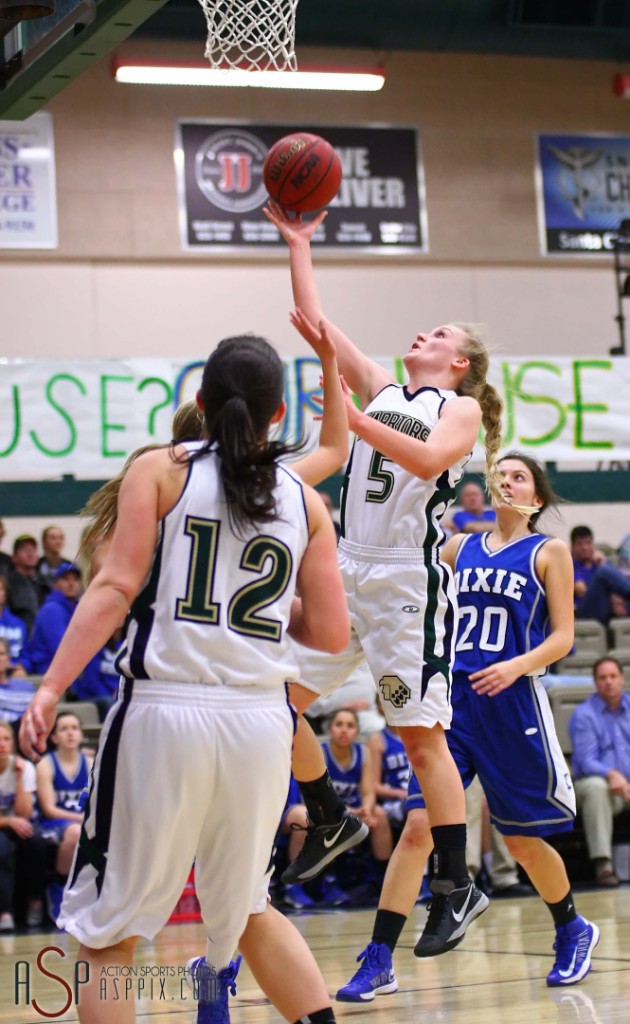 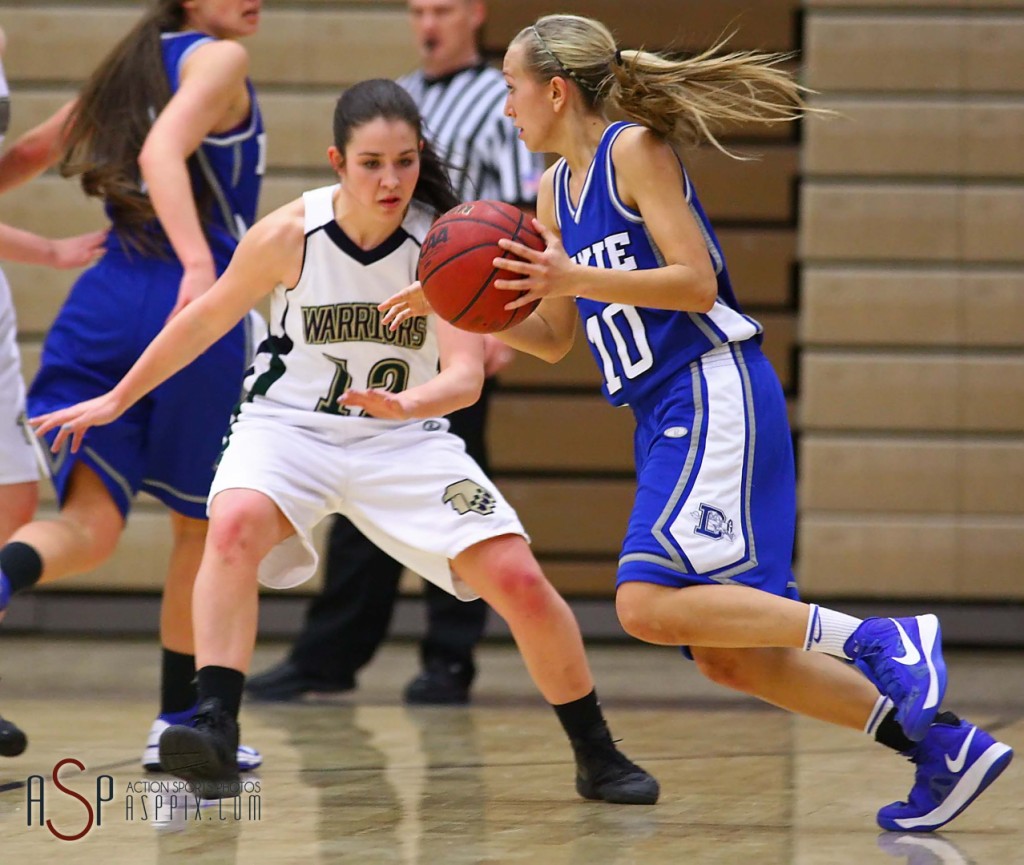 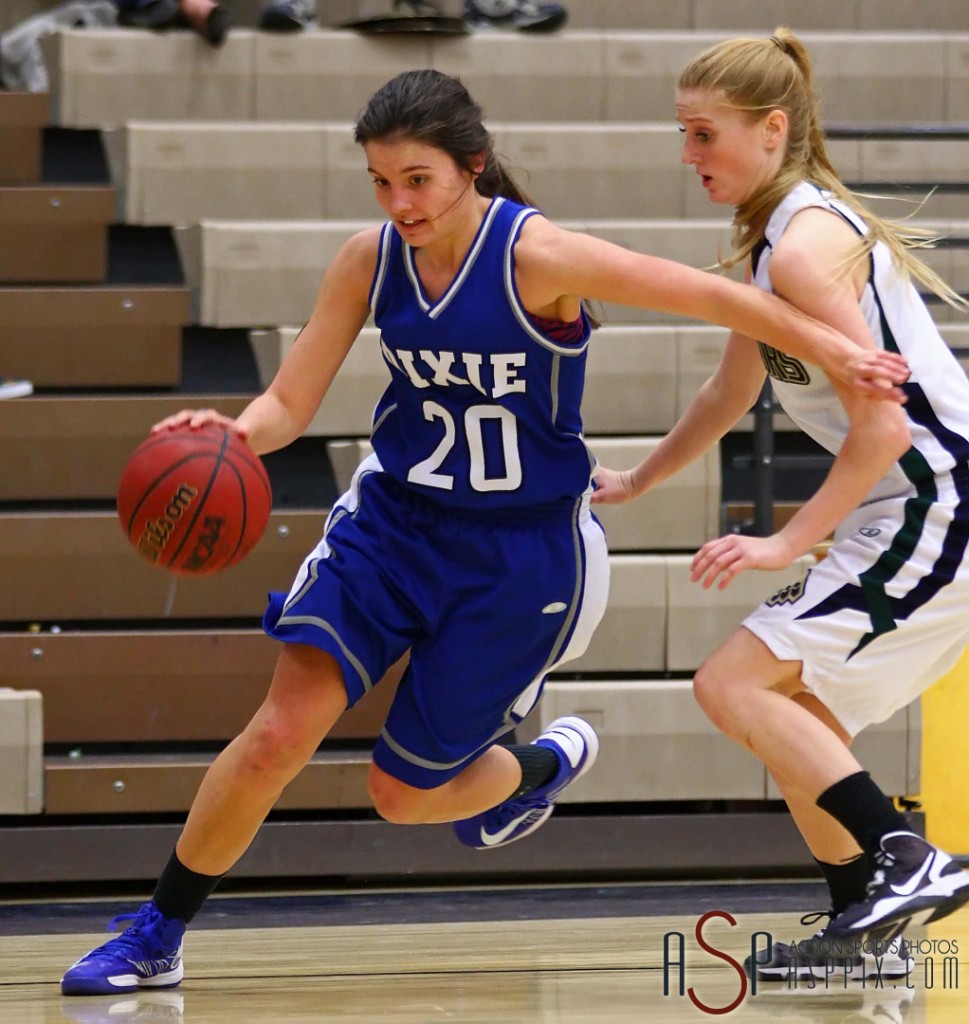