ST. GEORGE — Ryan Koller won’t say he knew it was in, but he felt pretty good about it when the ball left his hand.

Koller — just call him “Killer” now — swished a 3-pointer with 2.5 seconds to play and Pine View survived a low-scoring battle with Cedar, 35-32, Wednesday night in the Pit Gymnasium.

The 6-foot-2 junior, who moved to southern Utah from Salem Hills last summer, drifted open on the left wing, took a crisp pass from Chaz Peterson and nailed the game-winner. A desperation shot by the Redmen at the buzzer was off the mark and too late.

“I screened for Chaz and then popped, but it wasn’t there,” Koller said. “So Chaz drove a little toward my guy. When he went over to help, I was wide open. There was no hand in my face. And my mindset when I’m open is that it’s going in.”

The Redmen had tied it with 35 seconds left on a long 3-pointer by Kordan Nielson, about 28 feet away.

“That thing was so deep,” Koller said. “And really high arching, too. It was up there forever. It just flew up there and just came down and swished through.”

Pine View led virtually the entire game, but the Panthers, who normally average 68 points a game, went long stretches without scoring. In the second quarter, it looked as if PV would blow it open. A Koller trey followed by a Kody Wilstead basket made it 20-12 with 6:10 to go in the first half.

But the Panthers would not score again in the half, missing a few open shots, but also facing tight defense and a solid rebounding Cedar team that wouldn’t allow second-chance points.

“They did a good job of slowing us down,” Pine View coach Darrell Larsen said. “We needed a game like this. I think we showed we can play a slow game if we need to. We passed a test.”

The Redmen stopped Pine View in the second quarter, but didn’t do much themselves, closing only to within 20-17 at the half. Pine View opened the third quarter with baskets by Peterson and Koller to quickly push the lead back to 24-17. That’s when Nielson, the region’s leading scorer, finally started heating up.

After a free throw, Nielson made a driving layup to make it 24-20 and then hit a deep 3-pointer from the left side to make it 24-23 with 1:55 left in the third quarter. The Panthers would close the quarter on a 6-2 run to hold a 30-25 lead going into the final period.

Nielson scored all seven of Cedar’s points in the fourth quarter. two of them came 45 seconds in on a fast break layup that made it 30-27. Collin Dowdell split two free throws, making it 31-27, but Nielson hit a pair of freebies to cut it to 31-29 with 4:54 to play. Cedar then dropped back in a 2-3 zone and Pine View decided to play keep-away.

With 3:01 left, Wilstead was fouled going to the basket. he made 12 of 2 shots to make it 32-29. After a Cedar miss, Pine View took over and again Cedar dropped into the tight zone.

After more than one and a half minutes of passing the ball around, Pine View decided to attack the basket, but Dowdell was called for an offensive foul, giving the Redmen the ball with 1:13 to go and down by just three.

In a Kryptonite-type moment, Nielson dribbled the ball off his leg and out of bounds, due in part to pressure applied by PV sophomore Malachi Otis, with 55 seconds to play. However, Pine View reciprocated by losing the ball in the lane. A held ball was called and with the possession arrow pointing the Redmen’s way, Cedar had another chance.

After a time out, CHS worked the play for Nielson, who cleared a double-screen and shot the long, long trey. It drew nothing but net.

The Panthers got the ball into the forecourt and called a time out with 24.7 seconds to play. After inbounding the ball, Peterson took the ball at the top of the key and looked for a screen from Koller.

“It’s one of our regular plays,” Wilstead said. “Ryan was supposed to screen and pop, then Chaz was going to look for him. If it wasn’t open, me and Collin were supposed to roll to the basket. But it was open and Ryan nailed it.”

Wilstead finished with just three points, but had 11 rebounds and five blocked shots, including a spectacular above-the-rim block of a Dustin Staggs dunk attempt. Staggs, who had nine first-half points, didn’t score again after the blocked dunk.

Koller led Pine View with 14 points. Dowdell had 7 points and 11 rebounds. Peterson, who normally scores about 10 a game, was scoreless, though he did dish out seven assists. The Panthers, 12-2 overall and 4-1 in Region 9, have a first-place showdown with Desert Hills at the Thunderdome Friday night. Pine View has won five straight.

Nielson finished with 18 points for Cedar, which fell to 7-6 and 2-2. The Redmen play at Snow Canyon Friday night. 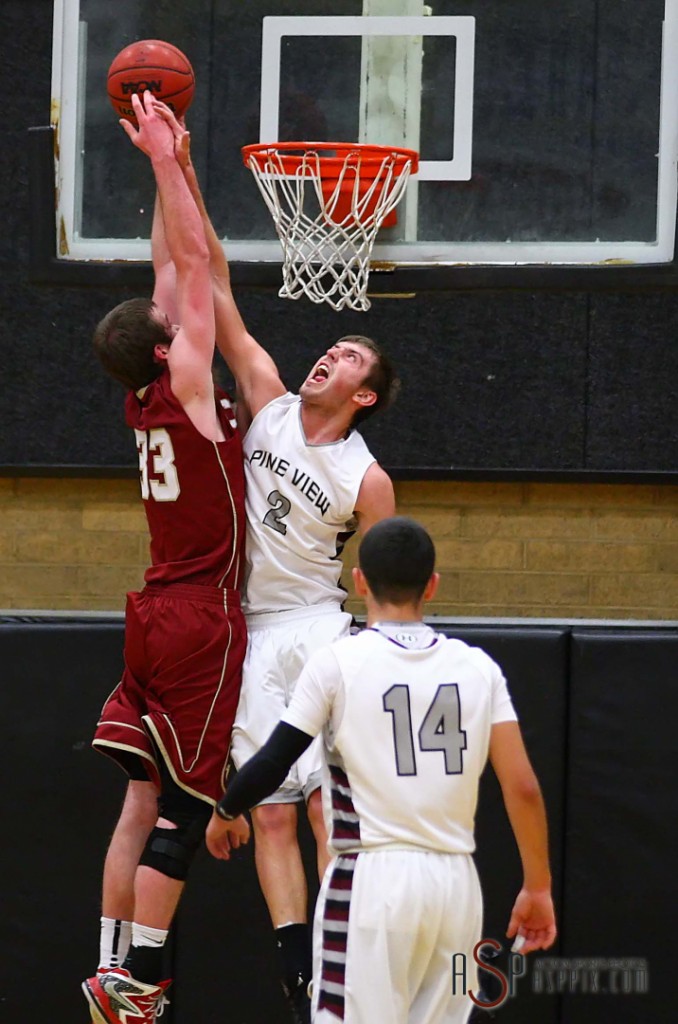 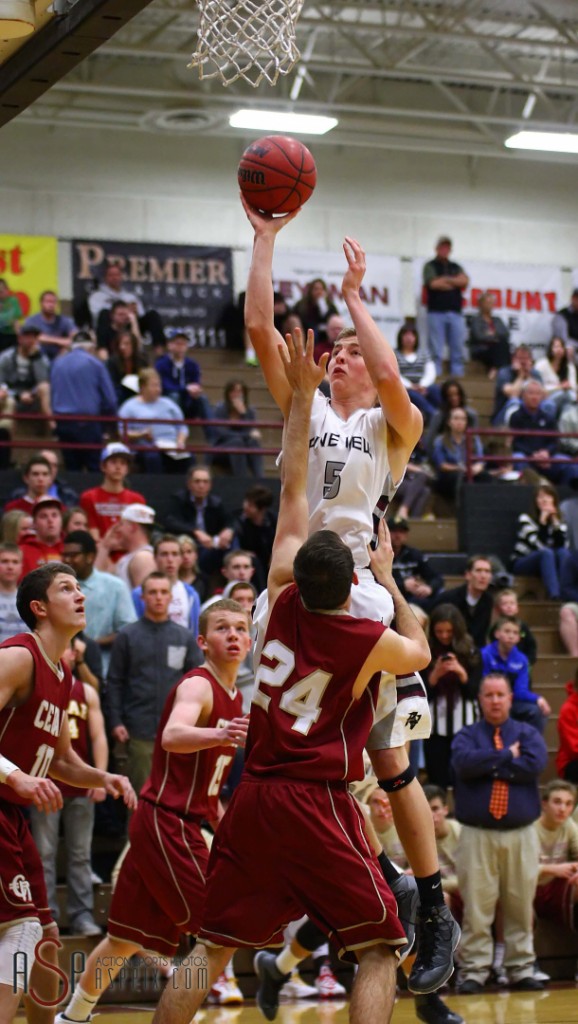 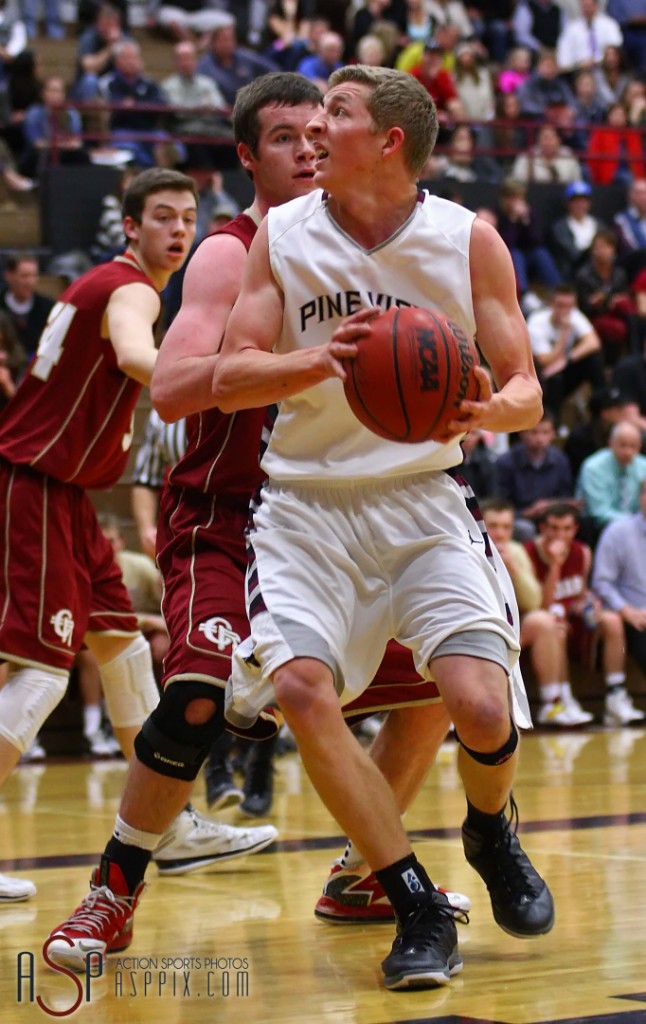 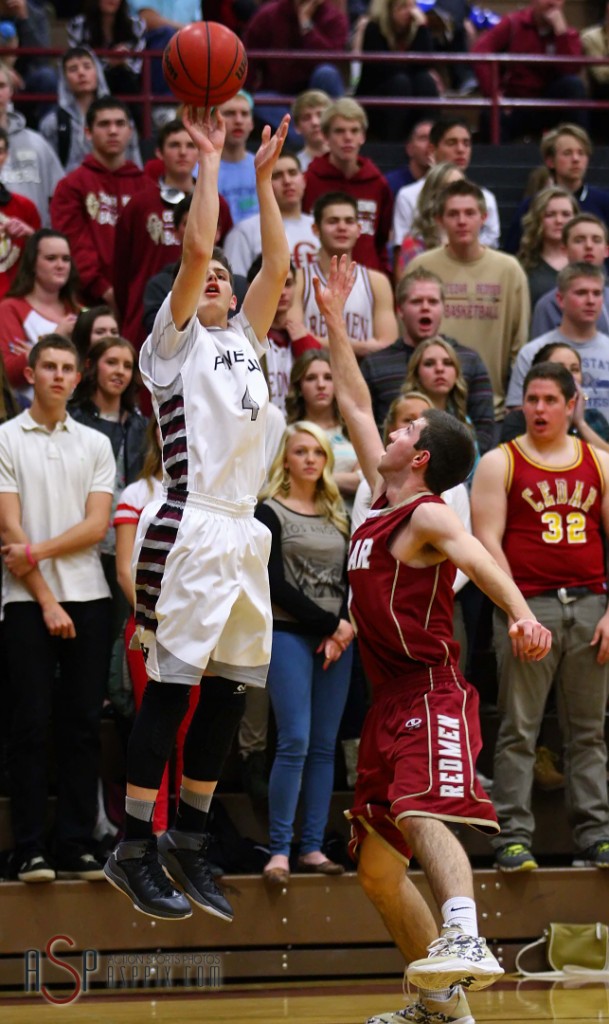 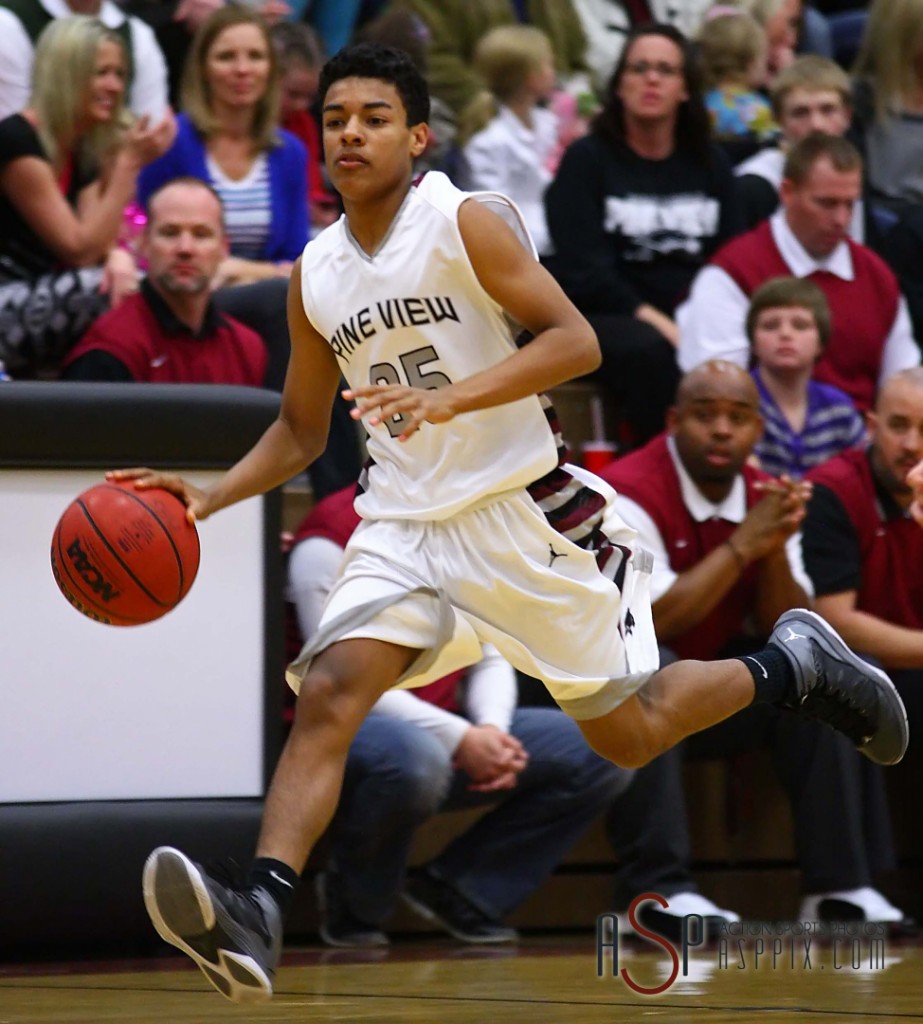 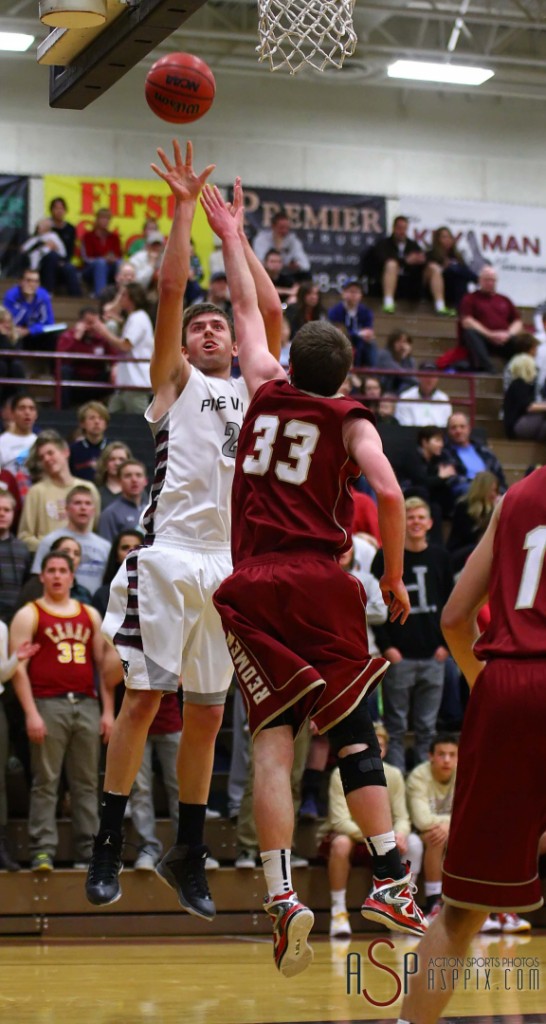