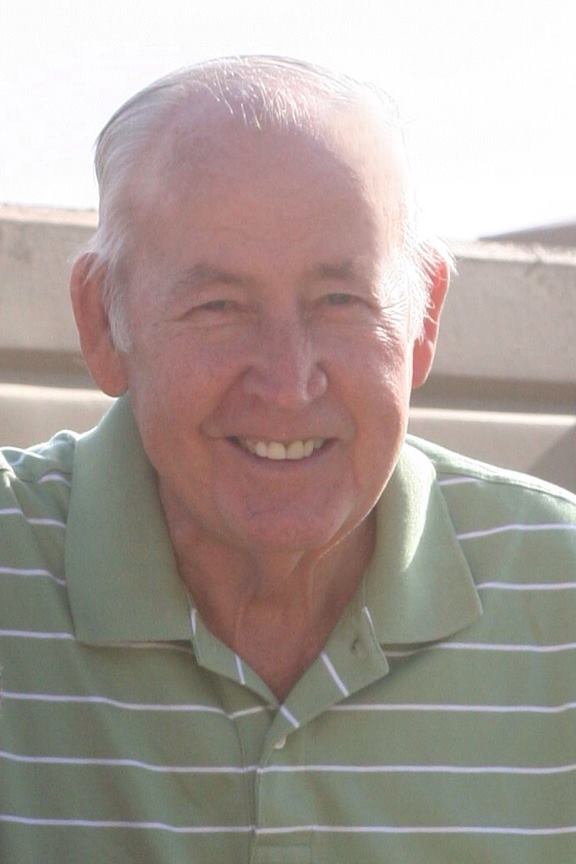 Gordon Neil Worthington beloved husband, father, grandfather, great-grandfather, friend and associate, passed away at his home in Washington, Utah on January 10, 2014.  He was born in Nephi, Utah on June 15, 1930, the son of Murren and Geneva Reese Worthington.  He was the fourth of five children. He spent his childhood in Nephi, Utah, and attended Juab High School where he participated and excelled in basketball. During his early and teenage years he learned the value of work and always preformed various jobs to help his family and himself.  Upon graduation from high school, he enlisted in the National Guard and was eventually called into active military duty for his country in the Korean War.  After his honorable discharge from the military he began working as a diesel mechanic, eventually moving to St. George to work for Harry Lundin at Dixie Diesel.  He worked for approximately 40 years for Dixie Diesel and was known for his dependability and excellent workmanship and integrity.  Operators from across the country would bring their rigs to have Gordon work on them, because they knew they could rely on his work to be of the utmost quality.  Upon his retirement from Dixie Diesel, Gord, as he was affectionately called, worked for Reid Ashman for several years, and he and Evelyn owned and operated The Burger Place in Washington.

He married Evelyn Jolley of Washington, Utah on November 30, 1957 and their marriage was sealed in the St. George Temple. Gordon and Evelyn raised their family in Washington with an understanding of and appreciation for their pioneer heritage and strong family values.  Gordon was a charter member of the Washington Lions Club and remained a member for 45 years.  He was actively involved in civic affairs, cooked corn dogs and fries for many 4th of July celebrations, and helped prepare for many morning Easter egg hunts which have become a tradition in Washington.  He was always willing to help and no task was too big or too small for him.

Gordon loved his Savior Jesus Christ and demonstrated that love by his service to others.  He served faithfully in many church assignments, including high councilman, high priest group leader, counselor in the bishopric, faithful home teacher, and as a ward executive secretary for 16 years.  He and Evelyn also served as missionaries at the Employment Resource Center for the Church of Jesus Christ of Latter Day Saints.  His greatest service, however, was to his family, where he was always ready to help and assist in any way needed.  Gordon and Evelyn could always be found at their children’s and grandchildren’s ball games and other activities. They have always been supportive of them. As soon as the weather warmed up you could find them out in the garden or yard.  Gordon and Evelyn were honored by Washington City as the Grand Marshals in the Cotton Days Parade for their lifetime of unselfish service to the community.  Gordon was a man of great integrity.  He was a quiet giant; he let his actions speak louder than his words.  He was a kind and loving man, and set a great example to all.  He will be sorely missed by all who had the privilege of knowing him.

Gordon is survived by his loving wife Evelyn; their five children, Bobbi (Bob) Platt, Diane (Jeff) Barlow, Jane Worthington, Mike (Jodi) Worthington, and David (Holly) Worthington.  He is also survived by 17 grandchildren and 18 great-grandchildren, with three more on the way. He is preceded in death by his parents, three sisters and one brother

The family would like to express a special thanks to Horizon Home Health and Hospice for the loving and professional care they gave to Gordon as his health declined.

Family and friends are invited to sign his guest book at www.spilsburymortuary.com. Arrangements are under the direction of Spilsbury Mortuary, St. George 435-673-2454.