ST. GEORGE — Motivation is a funny thing. This season, the Desert Hills girls basketball team is super motivated, due mostly to a heartbreaking loss in the state championship game a year ago.

Tuesday night, the Thunder played the team that caused that heartbreak, the Dixie Flyers, and beat them soundly, 56-29 at DHS’s Hangar Gymnasium. It must have felt good.

“No, we weren’t especially motivated for this game,” Desert Hills coach Chris Allred said. “To be honest, the girls are motivated to play everybody this year. We’re just very excited every time out about trying to accomplish some specific goals.”

Like trying to take that next step of winning it all. The Thunder certainly look like the team to beat. At 8-1 and with an average margin of victory of 24.7 points, DH has been nearly unstoppable. The only loss came at 4A No. 2-ranked Timpview.

“We could have won that game, but we learned a valuable lesson that night,” Allred said. “You have to get off the bus and be ready to go. We ended up spotting them 10 points right at the start of the game and that ended up being the difference.”

Against Dixie Tuesday night, Desert Hills again started a little slow. The underdog Flyers actually led by three in the first quarter and held an 8-7 edge after the first eight minutes.

“We played OK early, but we just didn’t move the ball very well,” Allred said. “In the second quarter, we got the ball in to Haley (Bodnar) a few times and we also started to get out on the fast break and get a few transition baskets.”

With Blair Bliss and Ashley Beckstrand leading the way, D-Hills started to pull away. Both hit key 3-pointers and the Thunder pushed the lead to 26-17 by halftime. The hot play continued into the third quarter, where the Thunder built a 44-23 lead.

“Blair did one of her best jobs all year of seeing the floor and making the right decisions,” Allred said of his point guard Bliss. “People don’t understand how well Haley runs the floor as well. She gets up and down the court. Tonight we were playing without Kassidy Cox, who sprained her ankle. So Haley had to play a lot more than usual. But Haley’s just a champ.”

“It was just a good collective effort from the whole team,” Allred said. “We got a lot of deflections, which created turnovers and led to transition baskets.”

The Thunder, 8-1 overall and 2-0 in region, have a tough road trip this weekend, playing at 5A Alta Friday and at Timpanogas Saturday.

Dixie, which fell to 2-3 overall and 0-2 in region, was led by Liz Empey, who had 11 points. The Flyers play in the Lady Bulldog Invitational Thursday through Saturday in Mesquite, Nev.

The Lady Falcons evened their region record at 1-1 with the impressive road win.

Canyon View’s Josie Platt was sharp, scoring 19 points, including a pair of 3-pointers. Jaycee Slack chipped in 11 for CV, which improved to 2-4 overall. Canyon View seized the lead in the second quarter and never relinquished it.

Cedar dropped to 0-2 in region with the home loss and is 3-4 overall. The Lady Reds were led by Javlyn Weaver’s nine points. All nine iof her points came via the 3-pointer. 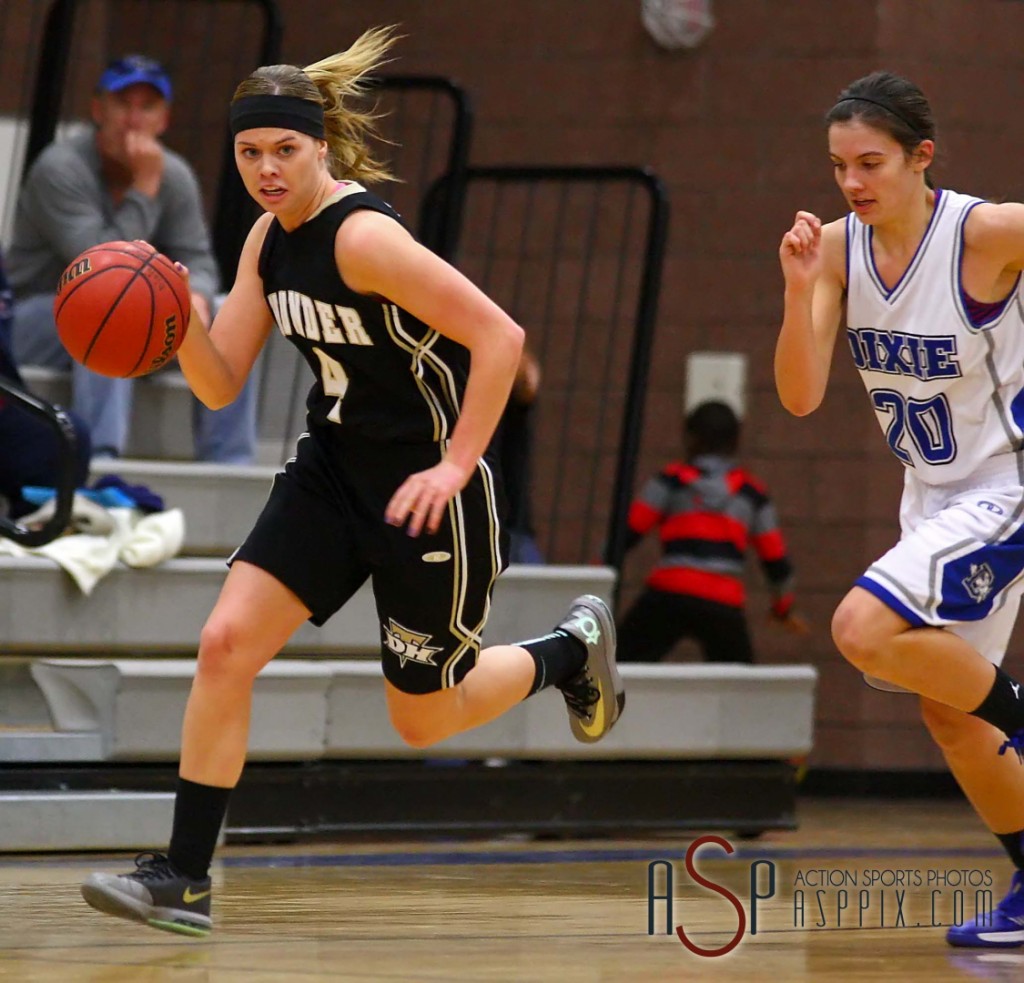 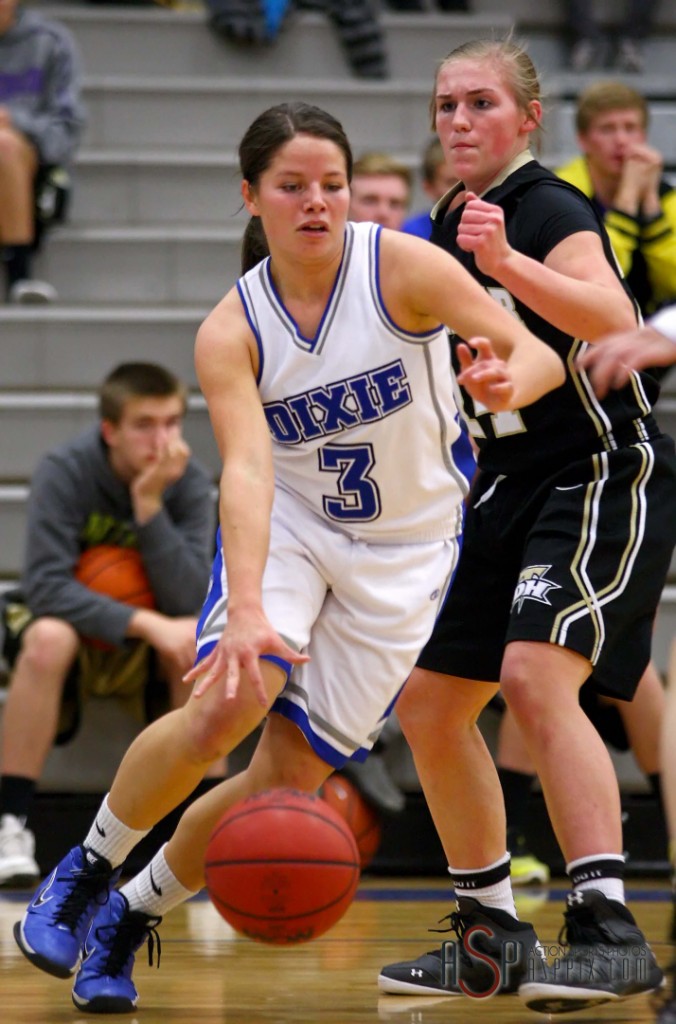 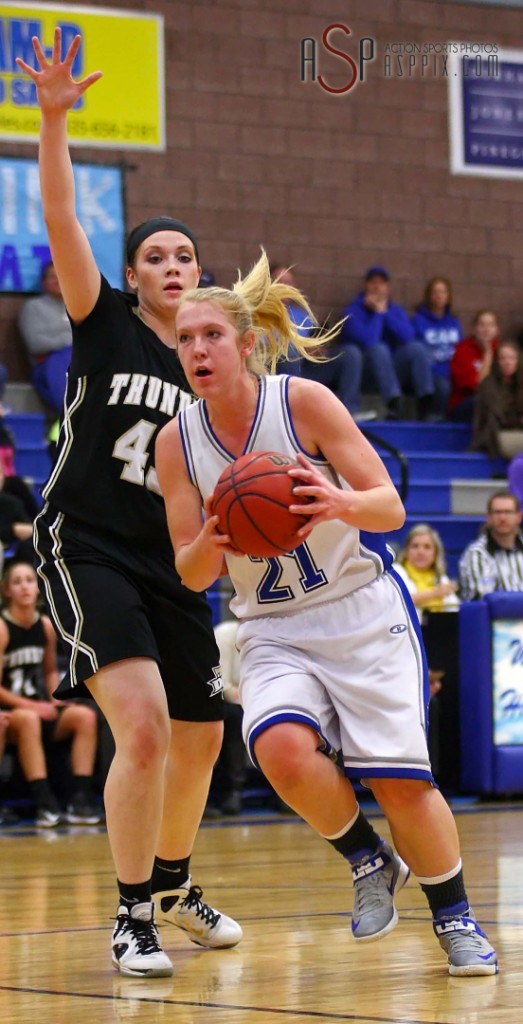 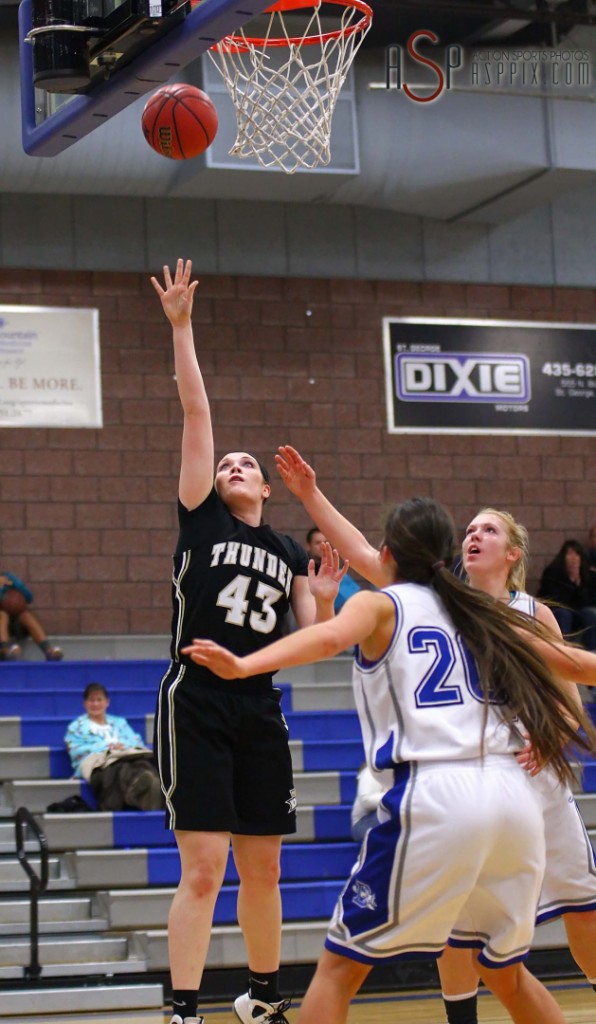 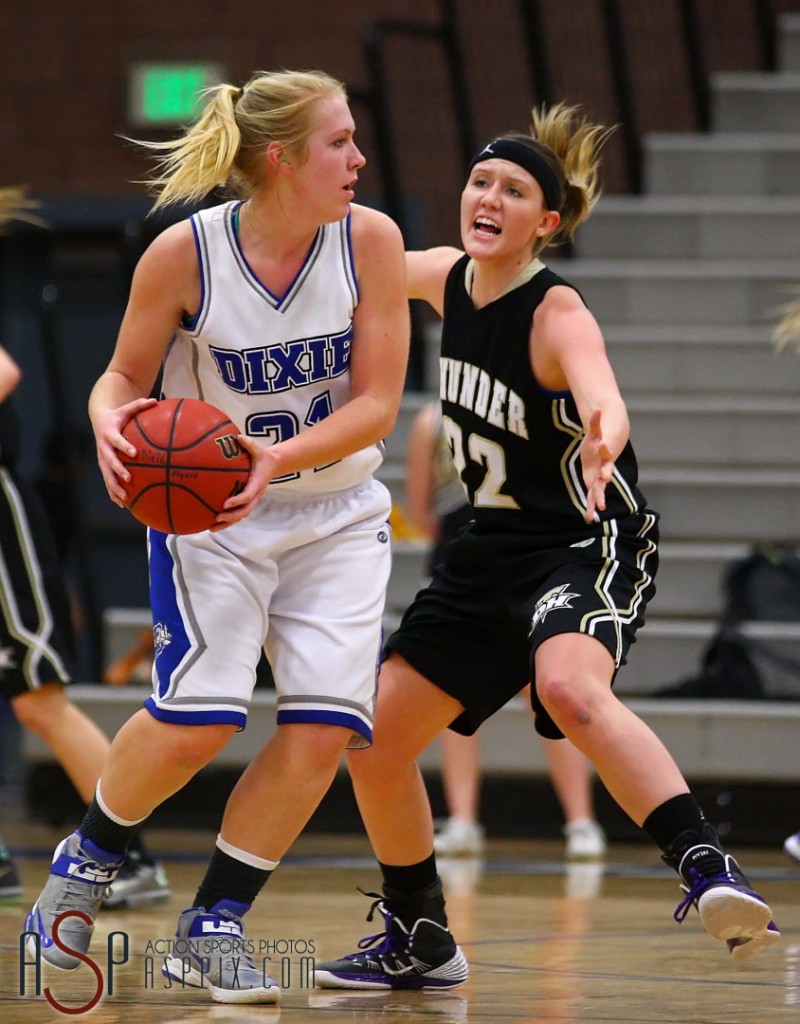 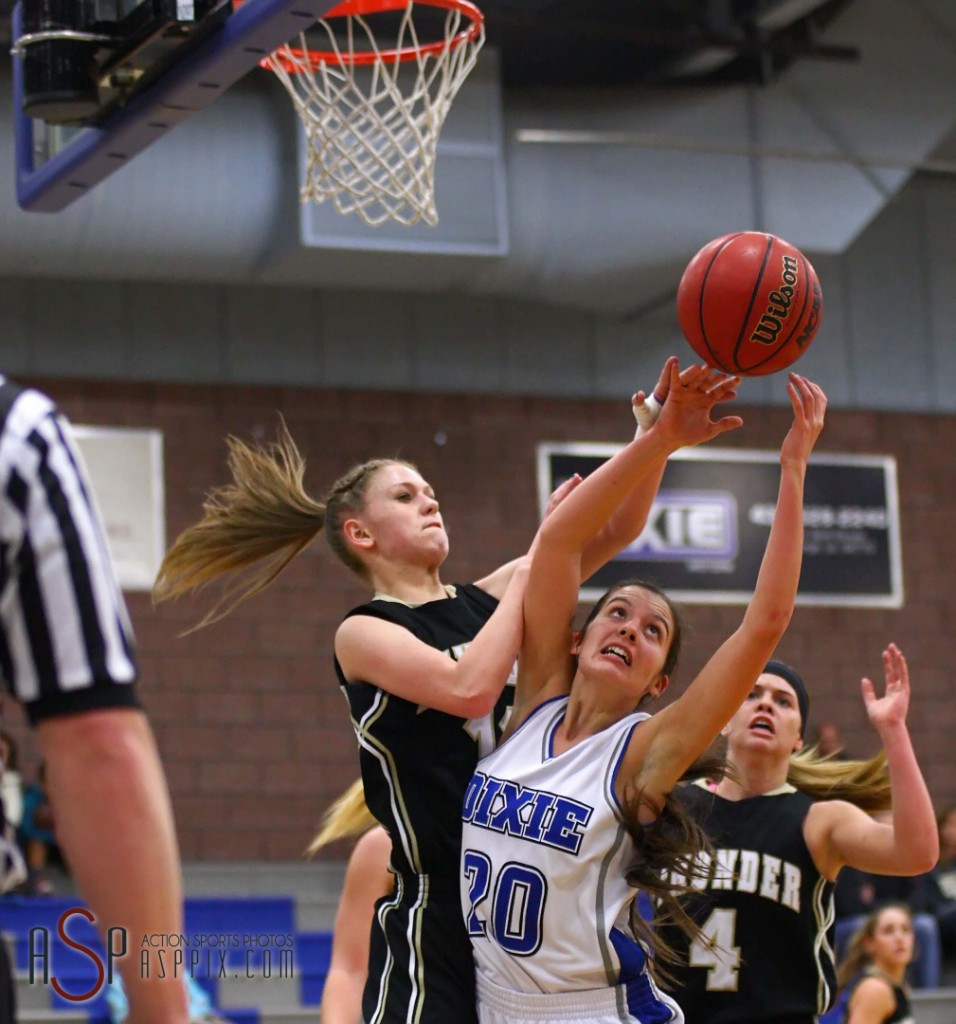 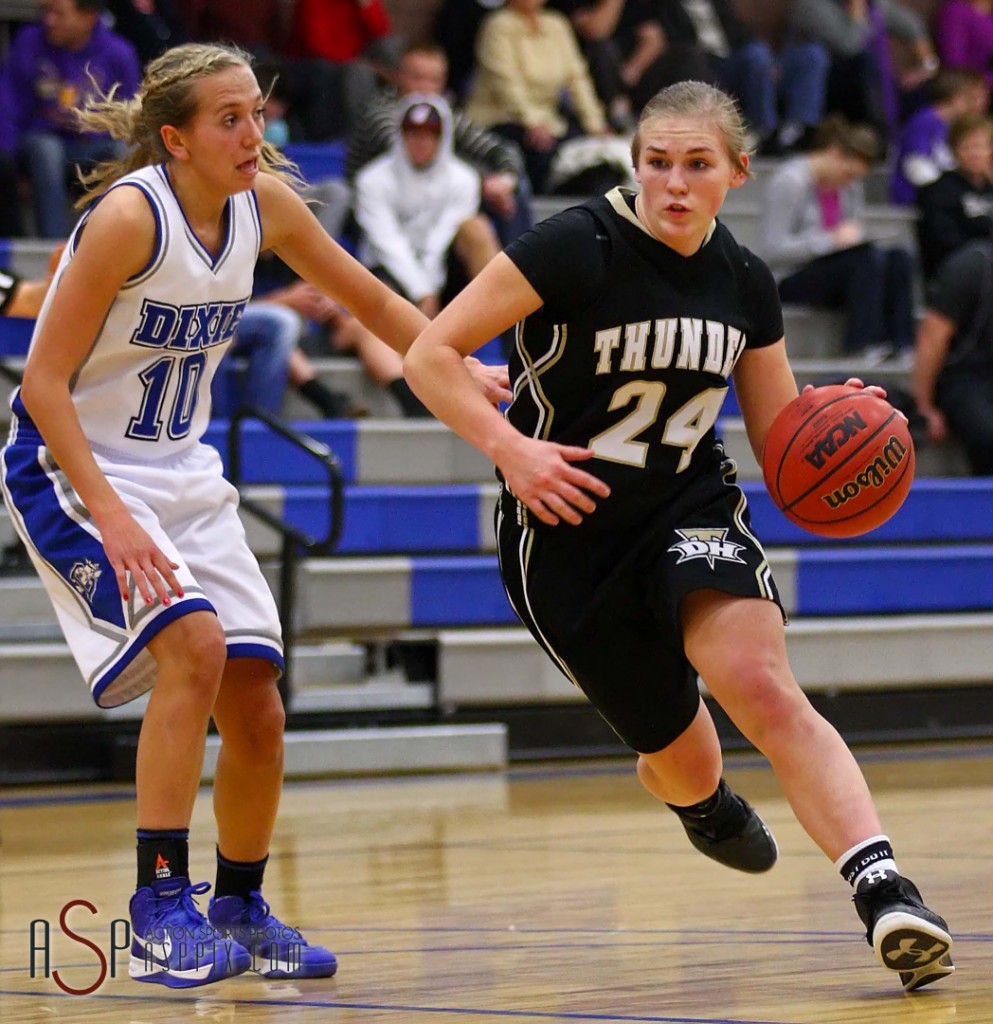