ZION NATIONAL PARK – Because of the recent shutdown of the American government, national parks and monuments are closed, leaving local as well as international tourist locked out.

Official Zion National Park flyers handed out at the entrance to the park said: “Park Rangers are enforcing the closure under Title 36 Code of Federal Regulations. Zion-Carmel Highway is open to through traffic only. No stopping or recreating.”

There were no protest signs, shouting or violence. According to the protesters it was a display of civil disobedience over what they called “a closure of public lands.”

In total, there were about five park rangers present to maintain the peace. It is a federal misdemeanor to enter a closed national park, Baltrus said to the “occupiers.”

“We will be taking photos of the trespassers and documenting their actions,” Baltrus said. “No citations were written today at the gate. We were there simply as observers.”

When a dozen or so protesters climbed the closed and locked entrance gate, the park rangers did not physically stop or detain any of them.

“The issue goes beyond hiking and exploring the park,” Baltrus said. “With only a handful of people to administer to both the needs of the park and the people that want to see Zion National Park, we simply do not have the required staff. What if there was a traffic accident, or the need for search and rescue?” she said. “Public safety comes first.”

Considering the daily operation of the park, requiring such jobs as waste removal, traffic control and land management, over 10,000 daily visitors creates a significant impact on the park.

Jason Majchrzak, from Chicago said he added several days of personal time to sightsee in the Utah National Parks prior to attending a work conference in Salt Lake City starting Monday.

“I have had this trip planned for about six months or so,” Majchrzak said. “This was my chance to come see and hike in Zion and Bryce. I am disappointed.”

Krista Nelson had put together a petition to send to Washington D.C. “in an effort to have the people’s voice heard,” she said. “Our national parks are being held hostage for a political agenda.”

“When Congress passes a budget we will be able to get the parks back open,” Baltrus said. “Every contact we have is a negative contact and we don’t like to have those. So really we are trying to do everything we can to just sort of keep us going until we can get fully open.”

Springdale resident Larry McKown has been distributing information and maps with alternative locations of sights to see in the area. Toaquim’s Village Gift Shop was open offering handouts directing people to those locations. 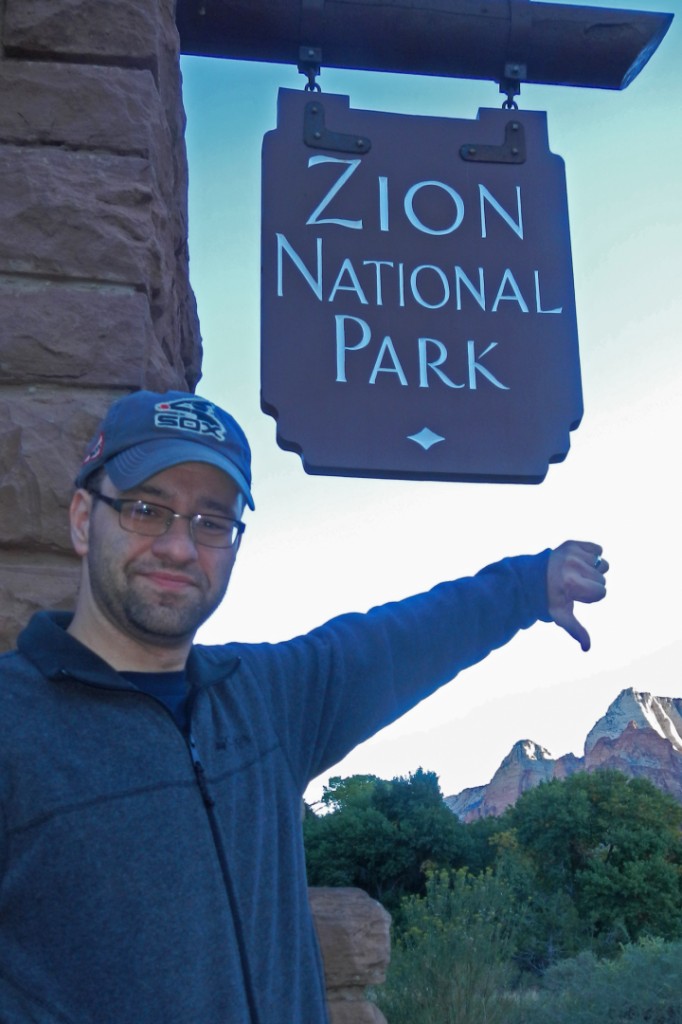 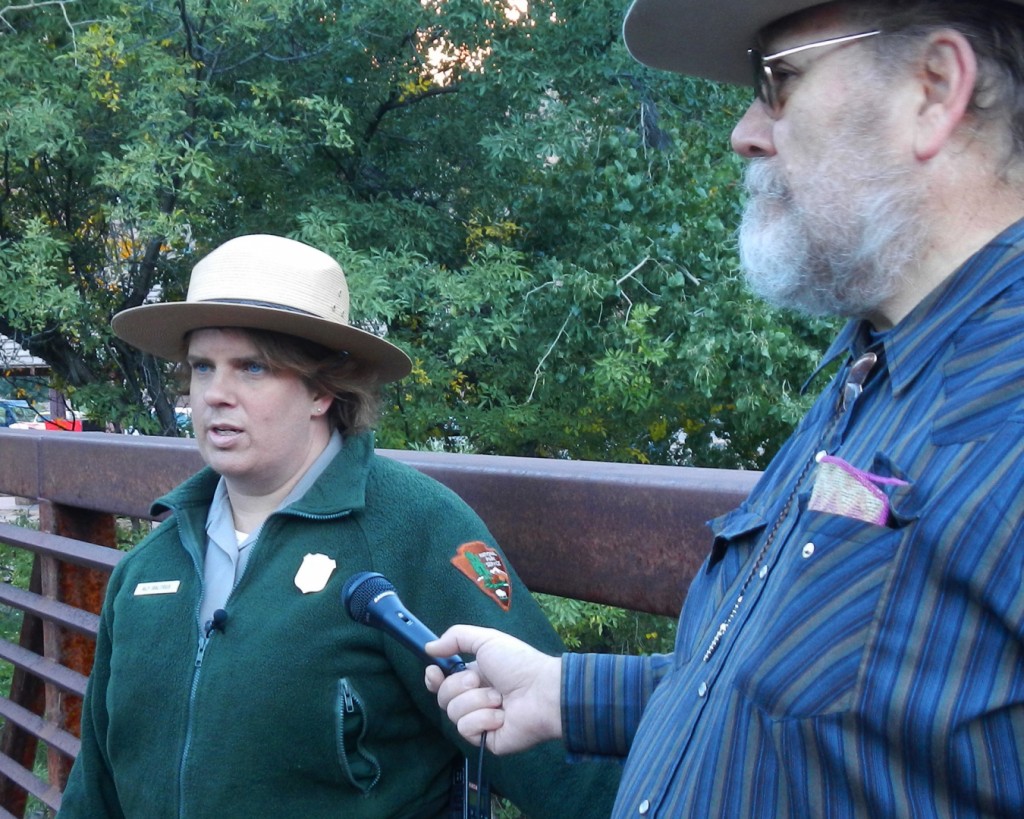 Originally from Iowa, John Teas transplanted to Saint George in 2012 from New Mexico. John is a photojournalist and feature writer for several automotive publications, educational media and corporate public relations as as St. George News. “I have a degree in life experiences and a love of all that is outdoors,” he said.