PAYSON – One might think Payson football coach Jeremy Chapman would get tired of hearing about the powerful football schools in southern Utah.  The fifth-year Lions coach just listens and then smiles.

“We are excited about the change,” he said. “I think our team, if it stays healthy all year, will surprise a lot of people. Our team is very athletic and experienced, but lacks depth. So it is important that we stay healthy.” 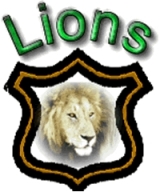 Payson also is fighting tradition. The Lions went 4-7 last season, the 34th straight season the Lions have finished at or below .500.

But the Lions are athletic and optimistic.

“There won’t be a more athletic player on the football field in any game we play than Kyle Moffatt,” Chapman said. “I don’t run away from the fact that Payson hasn’t had a winning season in 35 years. I have every intent on fixing that. We have some new and different challenges this year, but this group of kids can do it.”

Easton Smith will play quarterback for the Lions, with Moffatt as his go-to receiver and hard-nosed running back Phill Perez getting the bulk of the carries in Payson’s version of the spread.

The Payson defense will face the most pressure after surrendering 33.2 points a game a season ago, including 48 to Desert Hills in the first round of the playoffs. Middle linebacker John Harmon anchors that D and he’s a tackling machine (129 last year).

PAYSON FILE
Head Coach: Jeremy Chapman (5th year, 16-25)
Last Season: 4-7, 3-2 in Region 12, Lost in 1st round of playoffs
Last Season PPG: 19.0; PAG: 33.2
Home Field: Lions Stadium
Quarterbacks: The offense will be led by a first-year starter at quarterback, Easton Smith. He’s more of a runner, but will have plenty of tools with varsity experience. Last season, he attempted just 16 passes, completing two. The backup is Sam Reynoso.
Running backs: Leading rushers and team captains Kyle Moffatt and Phill Perez both return.
Receivers: Preston Little, Dannell Brown and Stephen Van Mooss all have varsity experience. “Preston is an excellent receiver,” said Chapman. “Dannell and Stephen do not have as much experience, but are excellent route runners with decent speed.” At tight end, team captain Dalton Baker will create mismatches with his size (6-5, 210) and speed. “Dalton has legitimate D-1 athletic ability and size,” said Chapman. “He is a good possession tight end, blocks well and has excellent speed and agility.”
Offensive line: The unit is anchored by team captain Derek Johnson and two other third-year starters, Henry Clinger and Brian Hoschouer.
Defensive line: Johnson, Clinger and Hoschouer will pull double duty. “We will certainly platoon other players in, but we expect many of our guys to play most of the game,” said Chapman.
Linebackers: The LB corps will be led by returning leading tackler, John Harmon. “Harmon is a third-year starter with excellent instinctive skills in the middle,” said Chapman. Harmon will be flanked by Gunnar Rawlings and Baker at the other linebacker spots.
Defensive backs: In the defensive backfield, Moffat and Perez will bookend at the corners with Little starting at strong safety. “There is currently a three-man battle for our starter at free safety,” said Chapman.
Special teams: The placekicking will be performed by Jake Craig. “Jake is very accurate and his strength is improving steadily,” said Chapman. Moffat returns as the team’s punter and employs a rugby-style punt.
Intangibles: The travel shouldn’t have a huge effect, after all, the southern teams have to go to Payson. The Lions travel south three times this season (Desert Hills, Dixie and Pine View). Chapman calls this the best team he’s had since his return to Payson (he prepped there himself). So, either Payson is going to shock the region, or the Lions coach has horrible timing with the excellent team coming in the year of the brutal 3AA South Region.