ST. GEORGE – A van travailing southbound on Interstate 15 rolled off the highway near mile post 7 in St. George around 1:30 p.m. Friday.

Witnesses at the scene said the van had rolled at some point while leaving the highway. It came to a stop at a 45-degree angle after crashing into the no-access fence and resting on new curbing adjacent to a construction site at 900 South and 400 East – approximately one block away from the location of an accident in May, 2013, in which an RV lost control and left the highway. In the May accident, the RV crashed into a garage at the Snow Haven Townhomes at 296 East 900 South.

After witnessing the van roll, nearby construction workers contacted 911 while also helping the van’s occupants, an adult male driver and adult female passenger, out of the wreckage.

Some of those who helped did not want to be identified.

“We were just trying to help,” Kurt Parker, a painter from the construction site, said. They had to cut the two out of their seat belts in order to get them out of the van, he said.

By this time UHP troopers had arrived and the St. George Fire Department also arrived at the scene to assist.

The van’s occupants were injured, St. George Fire Chief Robert Stoker said, though he said couldn’t confirm to what extent. Both were transported to Dixie Regional Medical Center for examination, he said.

Calls to the UHP for details concerning this accident have yet to be returned. 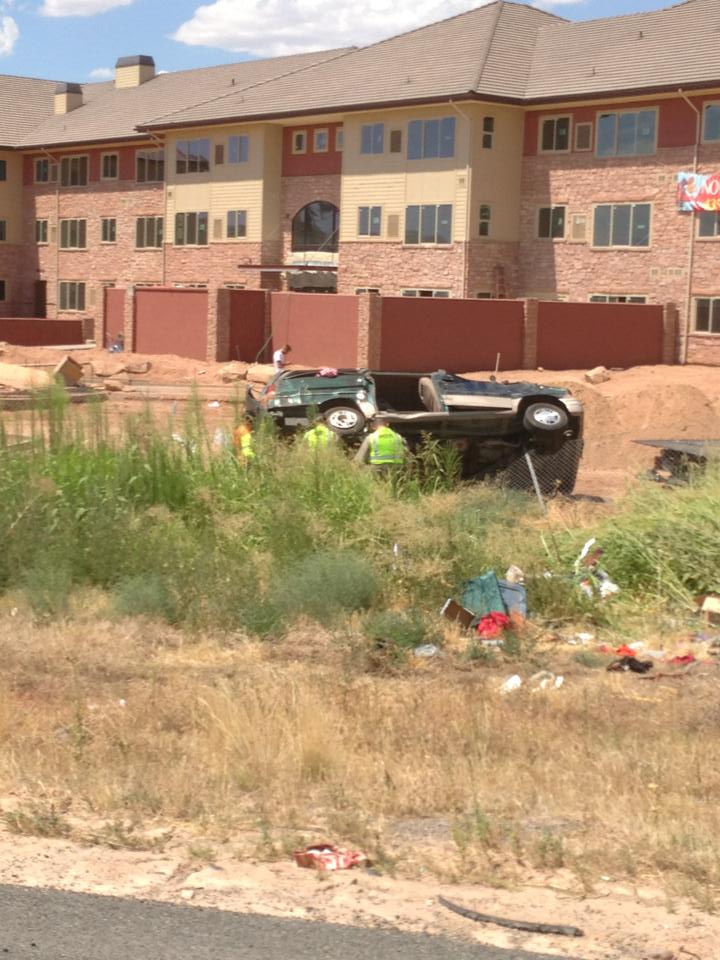 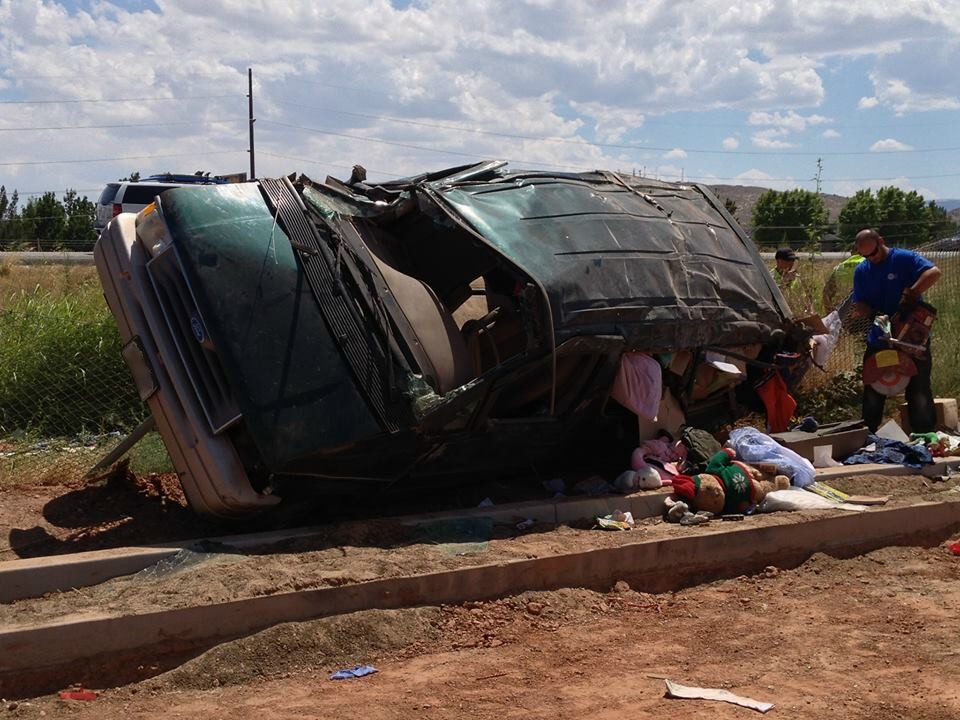