WASHINGTON CITY — The Washington City planning commission voted earlier this month to withhold approval from Dixie Gun Worx to build an indoor gun range facility at its location. The concerns raised had to do with Gun Worx being located next door to an Erin Kimball Memorial Foundation’s shelter for women and children who have been victimized by domestic abuse. Now the local gunsmith is appealing that decision.

Dixie Gun Worx primarily offers repair, decoration, and enhancement services to gun owners, along with retailing a modest collection of firearms. It has neighbored the Kimball Foundation’s site since the gunsmith moved to the location in January, but new tension was introduced between them when it sought city approval for the gun range facility.

The properties are located along Telegraph Street within a service commercial zone, shorthanded by the city as C-2. While the zone is full of businesses, a residential neighborhood begins one block away.

When the Kimball Foundation purchased its property over a year ago, it gained permission from the city to convert the zoning for its lot to downtown mixed use, shorthanded as DM. This was done in order to provide housing on an upper floor for families fleeing from unsafe homes, in addition to accommodating the organization’s administrative operations on the main floor. To this point, the property has remained unoccupied as planning has been in the works.

In January, Dixie Gun Worx purchased a property next door, and has used it for commercial use in accordance with city zoning laws. The company had always intended to construct an indoor gun range on the site, co-owner Jacob Cooper said. But to do so, the company needed to obtain a conditional use permit from the city because the allowance of such a facility in a C-2 was not specifically mentioned in the zoning code.

Drew Ellerman, Washington City’s Community Development Director, said that from a zoning perspective, there is no real impediment to the facility’s approval. In fact, from his capacity as a zoning administrator, he recommended approval to the planning commission.

While his office is concerned with the strictly technical aspects of zoning, Ellerman said that the planning commission is entrusted with taking other considerations into account, such as the appropriateness of one entity’s proximity to another.

Chapter 17 of the city code states that conditional use permits may only be granted when there is proof to the effect that, “the proposed use, at the particular location, is necessary or desirable to provide a service or facility which will contribute to the general well being of the neighborhood and community; and that such use will not, under the circumstances of the particular case, be detrimental to the health, safety or general welfare of persons residing or working in the vicinity, or injurious to property or improvement in the vicinity.”

If the Kimball Foundation were not next door, Ellerman said, approval would have passed with a 5-0 vote. Instead, the vote was 3-2 in opposition to approval.

“The three that voted against it thought it would be too much for the women who would live in the Erin Kimball Foundation,” Ellerman said. “It was totally based on that.”

“They come from different walks of life and have had different experiences,” Ellerman said of the planning commission. “That’s why it’s a good system.”

Sue Kimball, the Foundation’s founder, said that the existence of a shooting range nearby would be “incongruous with the fact that our facility is here.”

“We were here first,” she said.

Kimball’s daughter and grandchildren were shot and killed in 1983 by her son-in-law. She established the Foundation in order to help families who face similar threats from abusive husbands and fathers.

Exposure to an indoor shooting range at such close proximity “has a potential to harm the families that we serve,” she said, noting that many such families suffer from post-traumatic stress disorder.

Kimball said that the Foundation purchased the property with the specific intent of creating a healing environment, which she said would be undermined by the presence of a shooting range next door.

She said that the proposed shooting range does not warrant a conditional use permit according to the city’s guidelines in that it is detrimental to the well being of its neighbors, adding that while she is comfortable with the gunsmith shop being next door, it would be much more appropriate for the gun range to be “in an industrial neighborhood.”

But Dixie Gun Worx maintains that optimal locations for an indoor shooting range, such as the owners believe this one to be, are difficult to come by. Both owners expressed a preference for building in Washington City. In addition, one of the co-owners, Chris Michel, said that an industrial zone would not be ideal because the business places a priority on its location being safe for families.

Jacob Cooper, another co-owner, said that after looking all over Washington City, a location comparable to the current property has not been found. He said that if the conditional use permit for this property were to fall through, the business would have to move to another city.

But Michel said that the company has indeed been looking into another location in Washington City, which is also on Telegraph Street.

“The need is dire,” Cooper said. “There is no indoor shooting range in the county.”

Currently, the nearest indoor shooting range is in Las Vegas, although Rowdy’s Range has been planning to build a range in St. George for several years.

Cooper said that he does not feel antagonism toward the planning committee, but does believe that it made its decision based primarily on emotions rather than facts. He also suggested a conflict of interest implicating Commissioner Rick Schofield, who said at the hearing that he had personally donated to Kimball Foundation.

Cooper said that Washington City Mayor Ken Neilson has given “full support” of the project since it was first conceptualized several months ago. Cooper is also confident to have the support of city council.

City officials declined to comment, saying only that everyone has the right to appeal the planning commission’s decisions.

The appeal was news to Kimball, who said that neither the city nor Dixie Gun Worx had informed her of it. “I thought this had ended,” she said, apologizing for her show of emotion.

“I’m not certain that you can mitigate the sight and sound and smell of gunfire,” Kimball said. “I’m just not sure you can do that.”

But Cooper said that numerous acoustics technologies help to mitigate the carry of the sound of gunshots. A test conducted by Action Target at Get Some Guns along State Street in Murray, Utah, found that the sound level of the shots was comparable to that of street traffic as few as ten feet outside the building. Cooper also said that his company is willing to construct a high wall between the buildings so that Kimball Foundation residents would not see Dixie Gun Worx customers carrying their firearms in and out of the store.

Kimball, however, said that the sight or sound of firearms is not her primary concern. “My opinion,” she said, “is that energetically, having multiple rounds of amunition being shot in the direction of our building with victims of violence living there is inappropriate under any circumstance.”

Still, for many, economic considerations are also at play.

Michel made his case for the range to a sympathetic customer: “How much money are we bringing into the city, versus how much (the Kimball foundation is) going to bring in?”

Cooper said he believes the two entities can coexist as neighbors. The Foundation provides a great service, he said, “but so do we.”

But Kimball said that the existence of a shooting range next door would undermine the Foundation’s mission.

“As a society we need to learn to resolve our differences through peaceful means,” she said. “Proliferating the use of guns to resolve every single issue we have is not okay. We’ve become absolutely paranoid. We think that the use of a gun is the answer to everything.

“We all have a right to exist in an environment without violence.”

But the last word will belong to the city council, who will judge the appeal Tuesday, July 23, at 6:00 p.m. A public forum will be held from 5:30-6:00 p.m., at which residents who wish to speak must register before the forum begins. 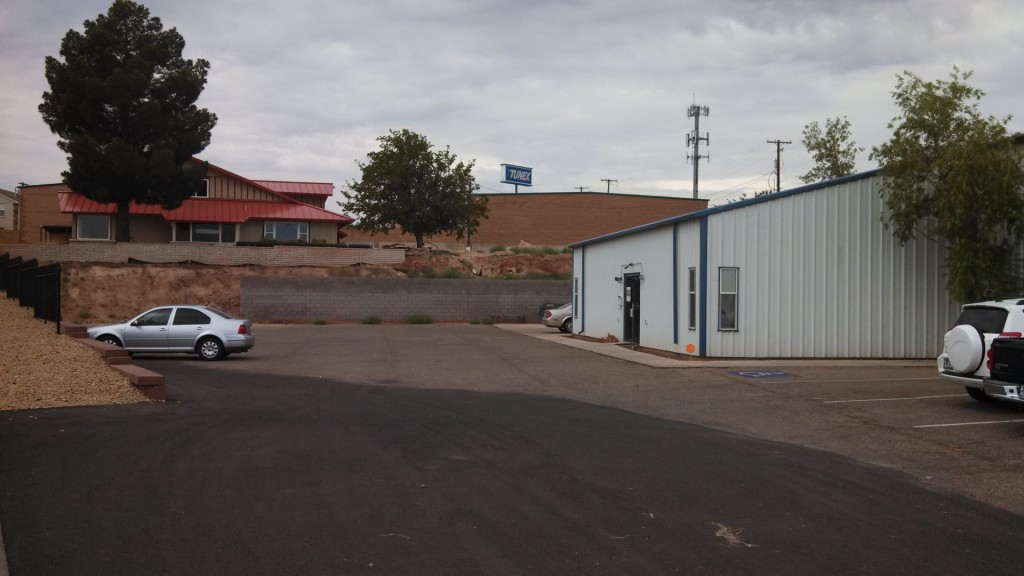 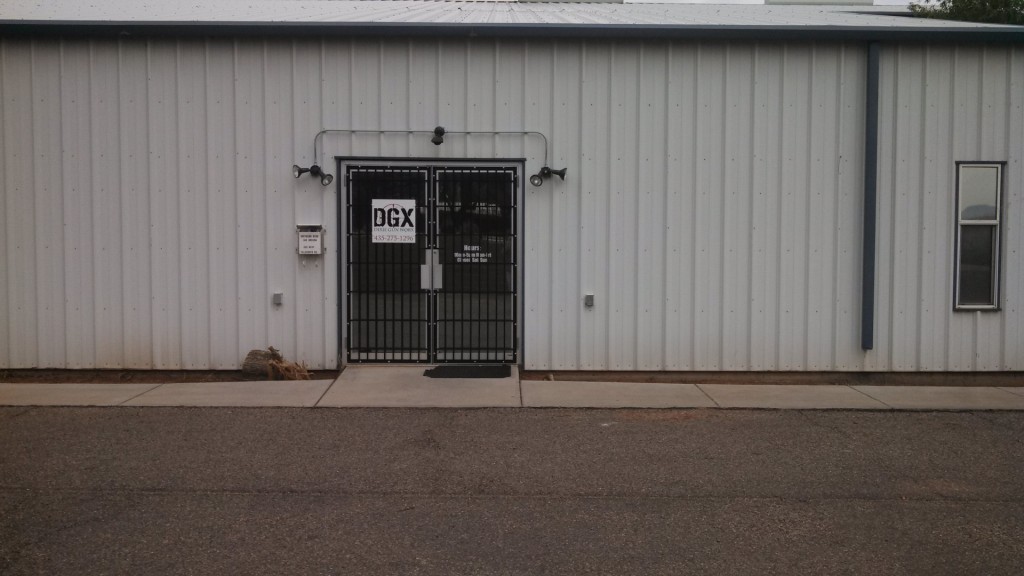 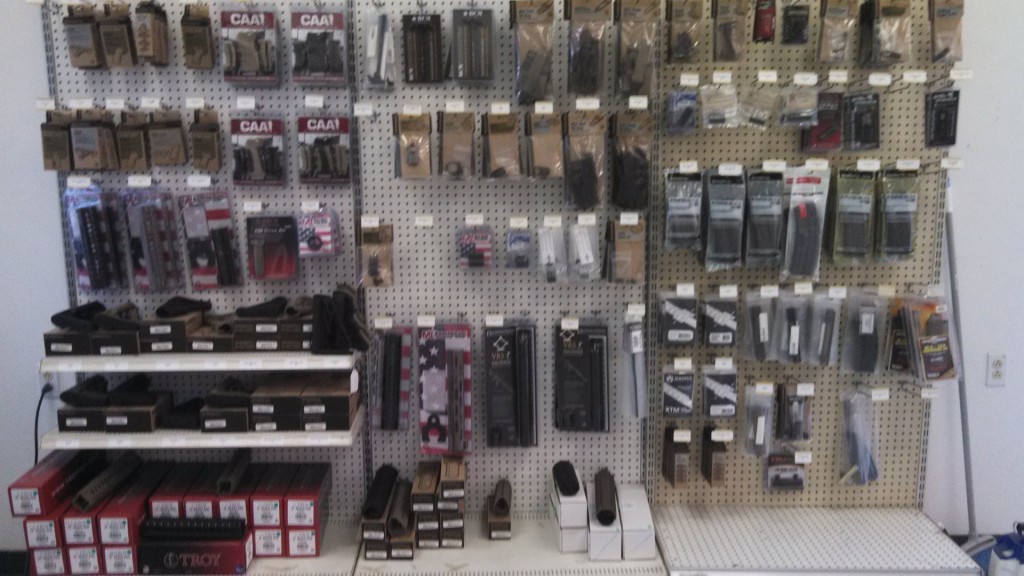 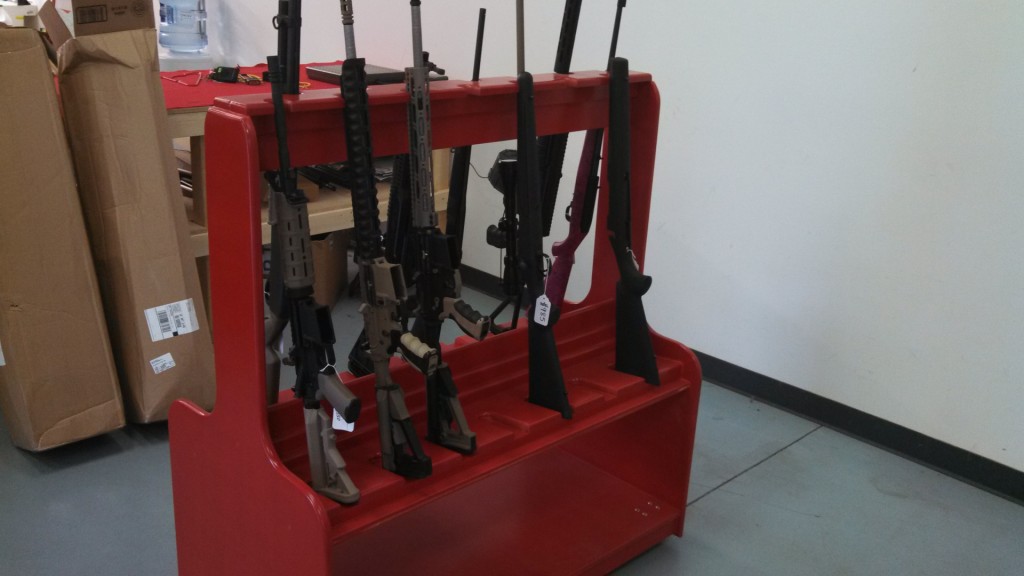 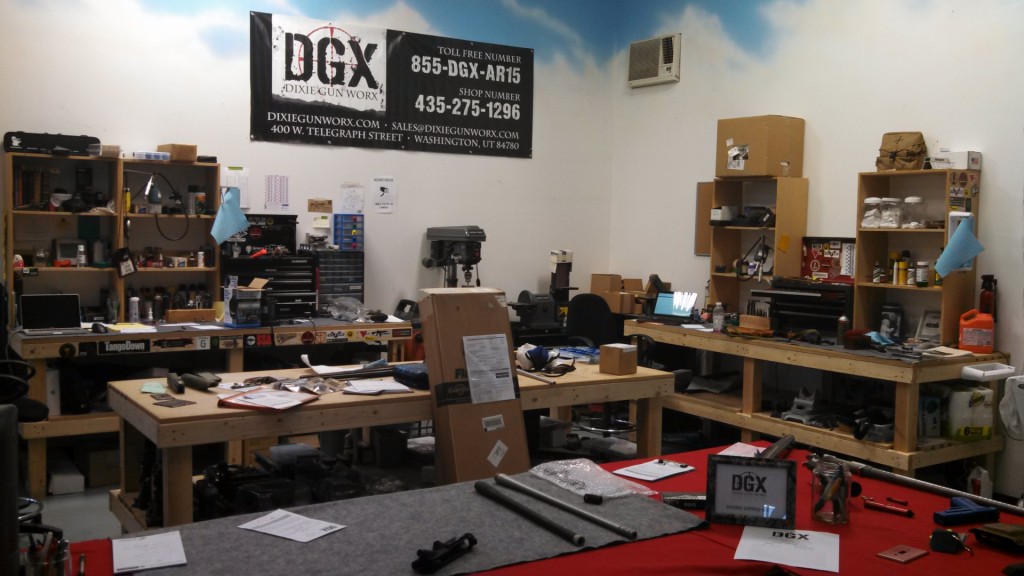 On the EDge: The path to justice can be painful

Perspectives: Getting gun owners back out of the closet

Kevin Gilbert Mauer is a novice journalist and student at the University of Wisconsin,where he is pursuing a double major in philosophy and anthropology. He is a student of the world, a Millennial, a pedestrian, a gardener, and a friend. Kevin has lived in France and all across the United States. He enjoys being outdoors, in a book, or around company. He is spending the summer in Ivins with the two best parents in town.