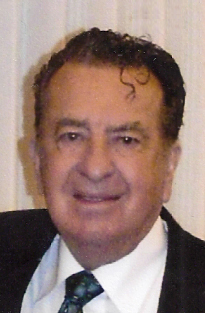 Peter J. Henderson was born January 6, 1931 in Riverton, New Zealand. Pete attended high school until he was 15 when he decided to go to work. Pete was a truck driver, taxi cab driver, dance band musician, a seaman and also served for one year in the New Zealand Air Force.

In 1953 he became a member of the Church of Jesus Christ of Latter-day Saints and served as a labor missionary at the Church College in Hamilton, New Zealand. Some of Peter’s proudest   accomplishments were his six years of teaching music appreciation to the Maori population. He was a devout, dedicated and involved member throughout his life with duties including Branch Presidency, High Council, and working in the Temple. He was School Administrator in San Juan County for 33 years where he worked with the Indian culture.

In 1957 he entered the U.S. and enrolled at BYU. There he earned his Bachelor’s degree in music. Later in life he would return to earn his Master’s in music plus a degree as an Education Specialist. Peter thought music was God’s special gift to man and always tried to bring an appreciation of music to others.

In 1961 Peter married Linda Rae Lund.  They are parents to five children: Scott, Todd (Callie), Karamea (Richard), Brett (Kellie) and Ann Marie (Craig). In 1980 he married Melissa Keele. They were united until her death in 2007.

In April 2009 he and Maxine were wed.  Although their time together was short, it was sweet.  He introduced Maxine to his native New Zealand and extended family in Australia. They also enjoyed travel and cruises together. Both were active and participated in Church activities.

He was an Adjunct Teacher at the College of Eastern Utah.  He was also active with the San Juan chorus for 10 years. He wrote five original musicals, also conducted Handel’s Messiah for 23 years in Blanding, Utah. He was passionate and positive in his faith as he held many positions throughout his life for the Church.

He was preceded in death by his parents, and sister Avis.

The family would like to thank the compassionate care provided to Peter by Alliance Hospice (Eric), as well as the staff of Spring Gardens Assisted Living.

Arrangements entrusted to the care of Heideman Hughes Mortuary, 435-674-5000.