IVINS – Volunteer researchers Ned Batchelder and Gigi Batchelder have dedicated the last 12 years to studying hummingbirds in an effort to increase understanding and awareness for the long-term preservation of these tiny winged creatures.

According to the U.S. Fish and Wildlife Service, “Bird banding data is useful in both research and management projects. Individual identification of birds makes possible studies of dispersal and migration, behavior and social structure, life span, survival rate, reproductive success and population growth.”

Ned Batchelder has had a lifelong interest in birds and, beginning in 1990, worked as a volunteer bird bander with the Hummer Bird Study Group in Alabama and other organizations in Minnesota, Oklahoma, Michigan and North Dakota. After retiring from a 30-year career in the natural gas industry, he and Gigi Batchelder began the process of training and certification to become federally licensed hummingbird banders, a status that only 150 researchers in North America have attained.

Working as a team, the couple’s hummingbird banding efforts began in 2001 in Red Lodge, Mont. Since then, they have banded in eight states and were the first researchers to ever band a hummingbird in Nevada and Utah.

“There is more to hummingbirds than people think,” Ned Batchelder said. “They are some of the most misunderstood birds and we want to change and enhance the way they are viewed.”

The Batchelders operate under the supervision of the Fish and Wildlife Service and U.S. Geological Survey. All data collected during banding is submitted to the North American Bird Banding Lab in Laurel, Md.

“We are volunteer citizen scientists,” Ned Batchelder said. “The data we collect is vital to the understanding and conservation of the species.

The process of catching, banding and safely releasing hummingbirds back into the wild must be fairly quick, for the sake of not keeping the bird from its natural habitat any longer than absolutely necessary. But meticulous attention to detail is also essential in order to gather complete data. Ned Batchelder explained his method in a series of simplified steps:

Ned Batchelder said the entire process is completely humane; he has never had a bird injury or casualty.

Hummingbirds are among the smallest birds in the world, generally measuring 3-5 inches long and weighing less than a nickel. Despite their diminutive size, they can fly at speeds exceeding 35 mph and are the only birds with the ability to fly backwards. Hummingbirds can hover in midair by flapping their wings as fast as 80 times per second, creating the buzzing sound they were named for.

Mainly, the hummingbird diet consists of natural nectar from flowers, synthetic nectar from man-made bird feeders and small insects consumed in midflight. Pollinators, they can consume up to 12 times their own body weight in nectar by visiting hundreds of flowers in a single day. Hummingbirds spend about 10 to 15 percent of their time feeding and 75 to 80 percent sitting and digesting.

Hummingbirds possess many unique abilities, including the highest metabolic rate of any animal aside from insects. Their resting heart rate is about 250 beats per minute but can exceed 1,200 beats per minute while in flight. During the night or times when sufficient food is not available, hummingbirds enter a hibernation-like state called torpor that slows their metabolic, heart and breathing rates enough to conserve sufficient energy to survive without feeding.

Like most birds, male hummingbirds have brightly colored feathers on their head, chest, neck or tail, while females have considerably less decoration. Hummingbird nests, constructed in a safe place from roots, plant material, bark bits and bound with spider silk, are about half the size of a golf ball and hold two eggs. Though these eggs are not large in relation to the eggs of other birds, they are when compared to the size of a female hummingbird; approximately one-third of her body weight.

Currently, populations are steady and hummingbirds are considered a species of least concern on The International Union for Conservation of Nature Red List of Threatened Species. Their main predators are outdoor cats. The average hummingbird lives three to five years, though some have been documented as living over a decade.

Hummingbirds only live in the Americas, ranging anywhere from southern Alaska to the tip of South America, including the Caribbean. Over 300 species of hummingbirds exist, but less than 25 are found in the United States. Most hummingbirds in the U.S. migrate south each fall to spend the winter in northern Mexico or Central America, though a few are yearlong residents.

Though eight species have been spotted, only the Anna’s, Costa’s and Black-chinned Hummingbirds spend a significant amount of time and breed in Southern Utah. They typically begin breeding in early spring; most local hummingbird activity is observed during migration peaks in April, May, July and August.

The Batchelders initially selected Southern Utah as a hub for their research due to the plentiful supply of hummingbirds; they have banded as many as 500 birds at a single location during a six-month season. After moving to Ivins in 2012, they spent their first full year banding in the area. They regularly visit 15 locations between Snow Canyon State Park and the Kayenta community during peak times, many of which are private front or back yards with feeders that hummingbirds frequent.

One such yard belongs to Carla Ritter, a retiree living with her husband and dog in Ivins. Like the researching couple, she has a deep appreciation for birds and had been feeding and watching hummingbirds in her yard for years. She met Ned Batchelder via the internet in 2006 after posting hummingbird pictures that caught his interest. Now close friends, she loans him her backyard every afternoon during peak season and also assists in the research.

“I don’t let just anyone catch the birds, but Carla has a lot of bird science knowledge,” Ned Batchelder said. “If it weren’t for the homeowners who generously give us their yards to use, we couldn’t catch and study them.”

This year, the Batchelders are observing numerous occurrences of “site fidelity,” when they capture a hummingbird at the same location where it was banded in 2012. About 15 percent of the hummingbirds caught so far have been returning visitors.

Information like this is crucial to better understanding the migration patterns and life cycle of hummingbirds. Ned Batchelder said that either he or his wife has captured the same hummingbird in Southern Utah for the past eight years, making it one of the most senior they have ever encountered.

A bird banded in Kayenta on May 4 was found dead from striking a window over 180 miles away in Ely, Nev. on May 10, providing definitive proof that hummingbirds can travel 30 miles or more each day, an eye-opening discovery.

“There is a wealth of information to share about these magnificent winged creatures,” Ned Batchelder said. “As long as we are able, our study will continue.” 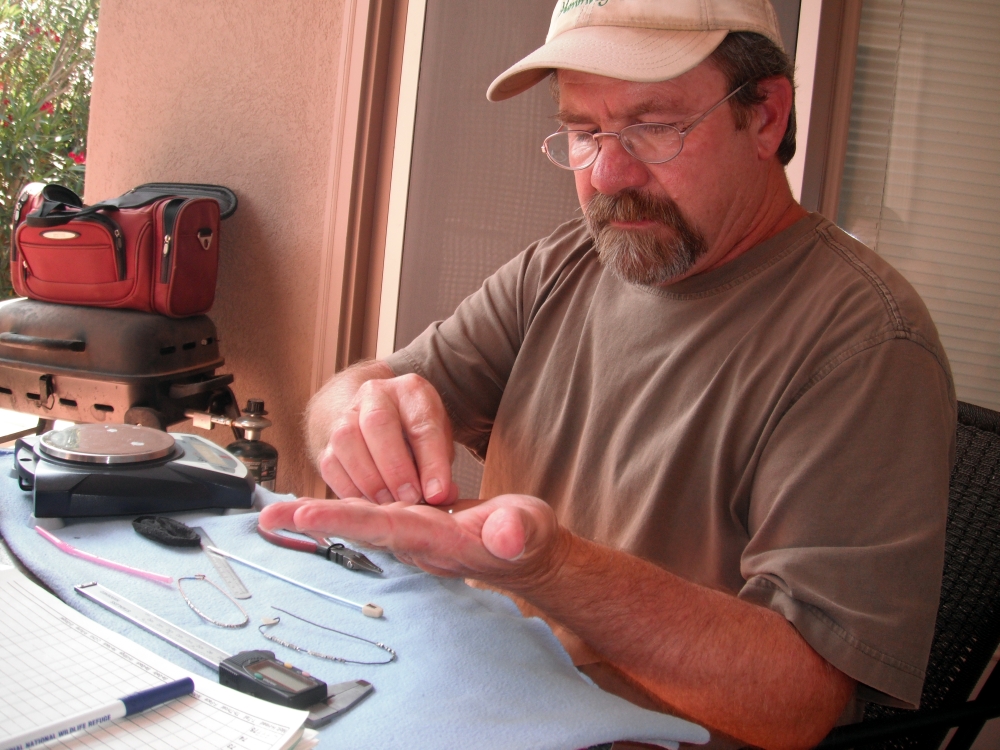 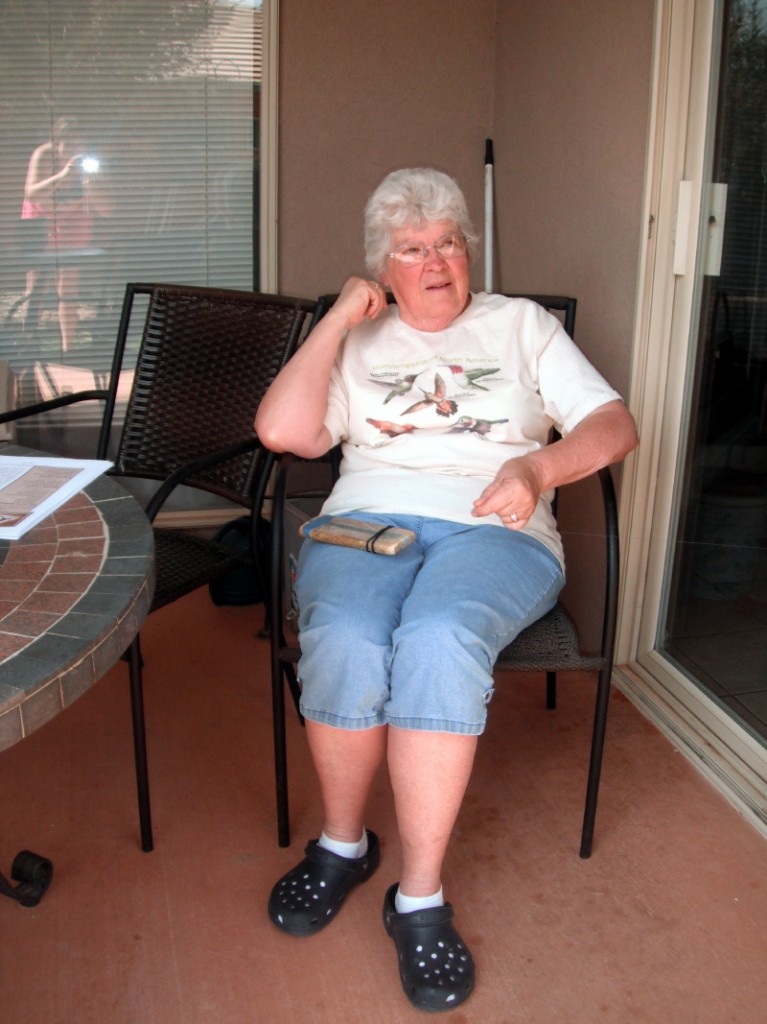 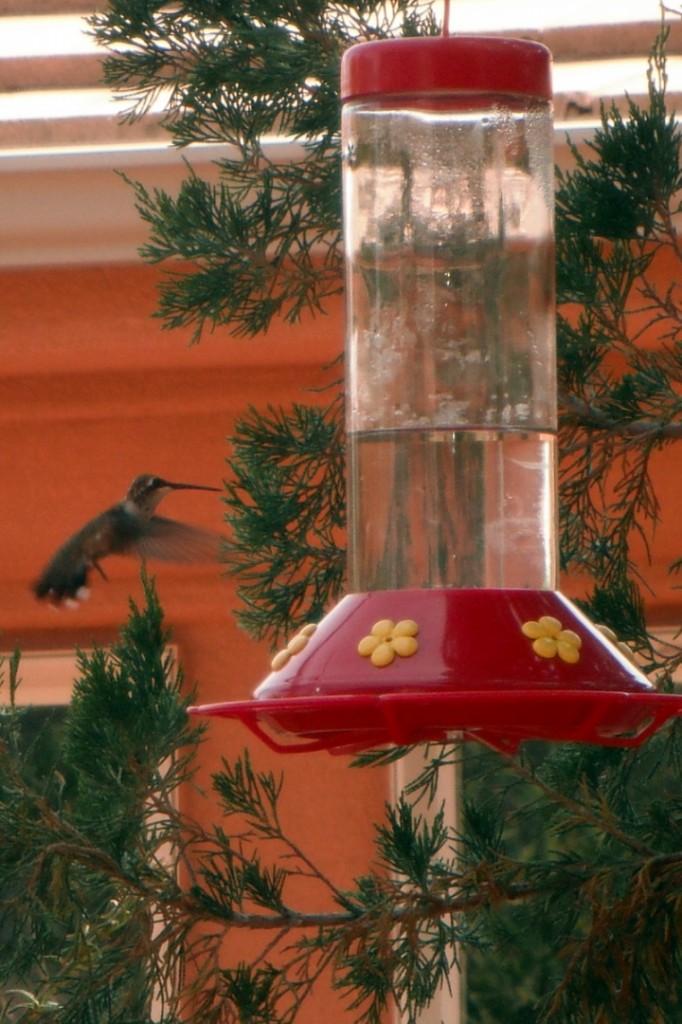 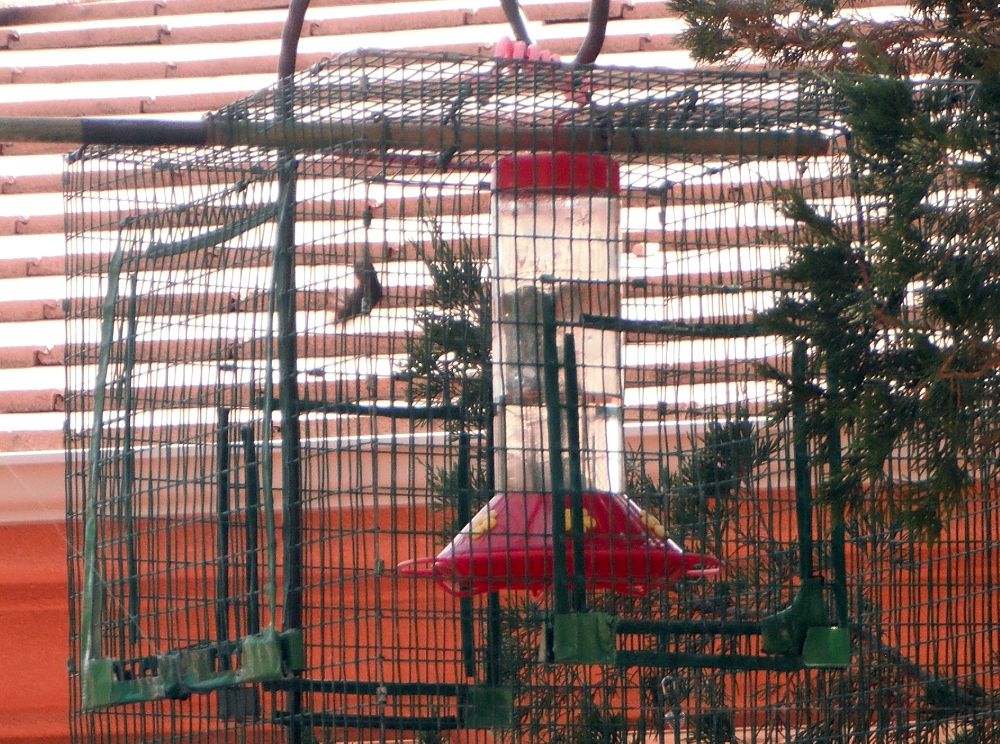 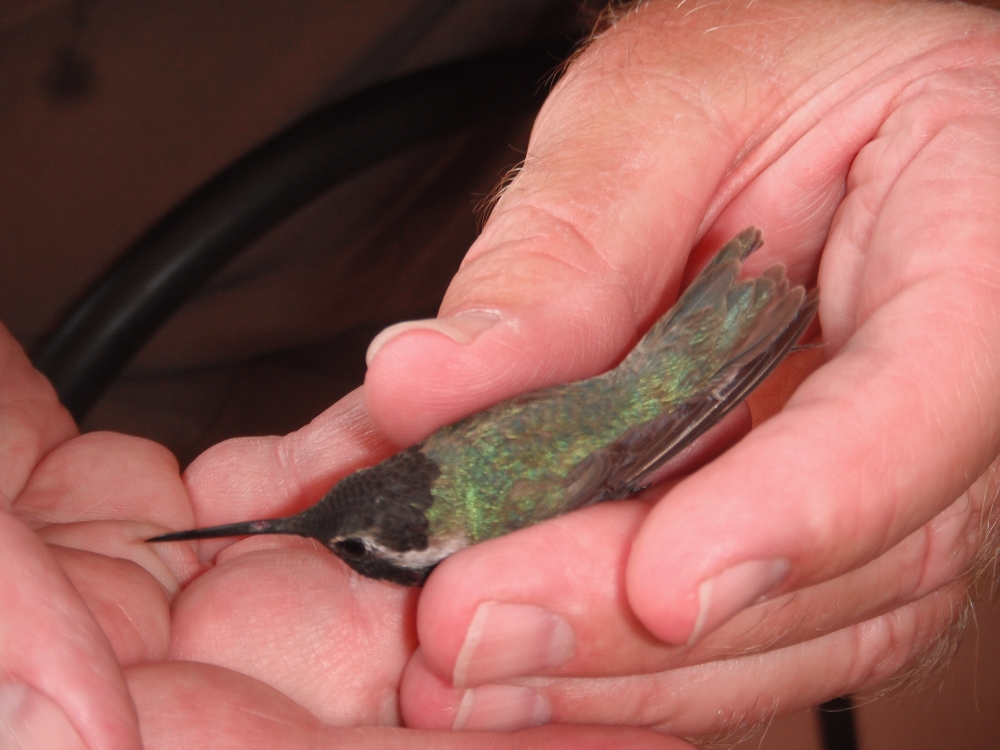 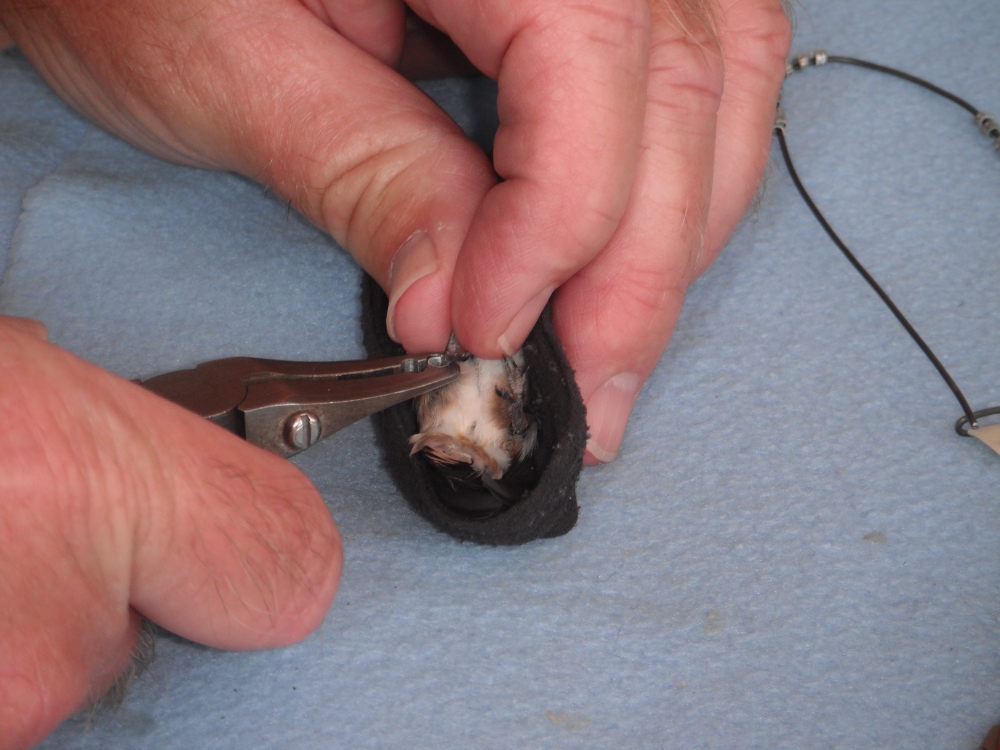 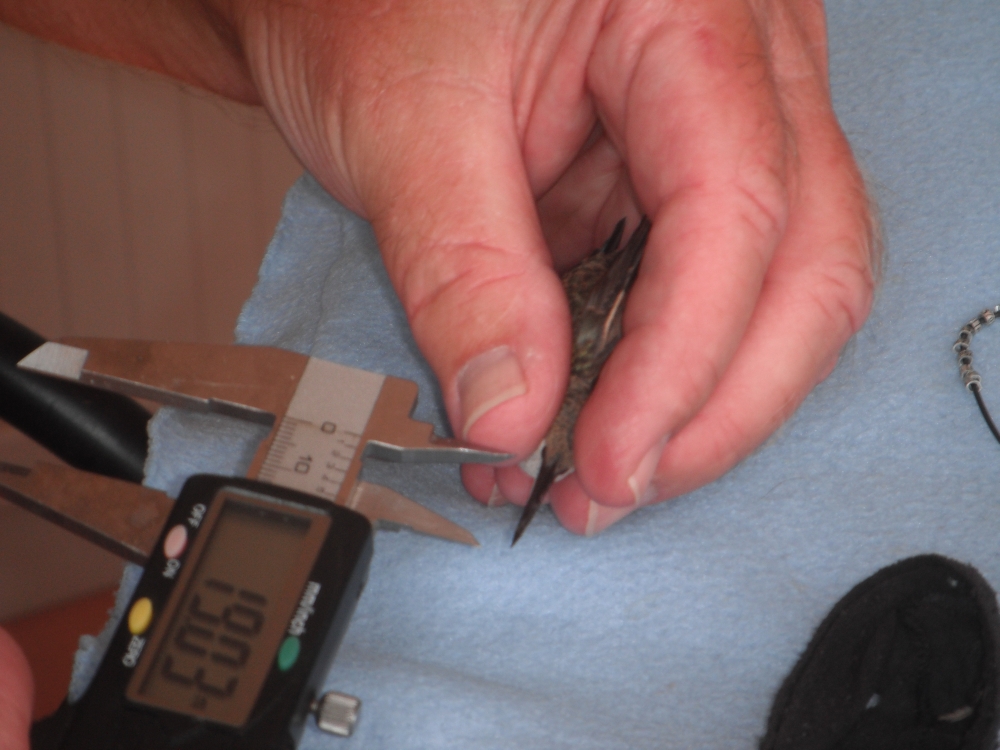 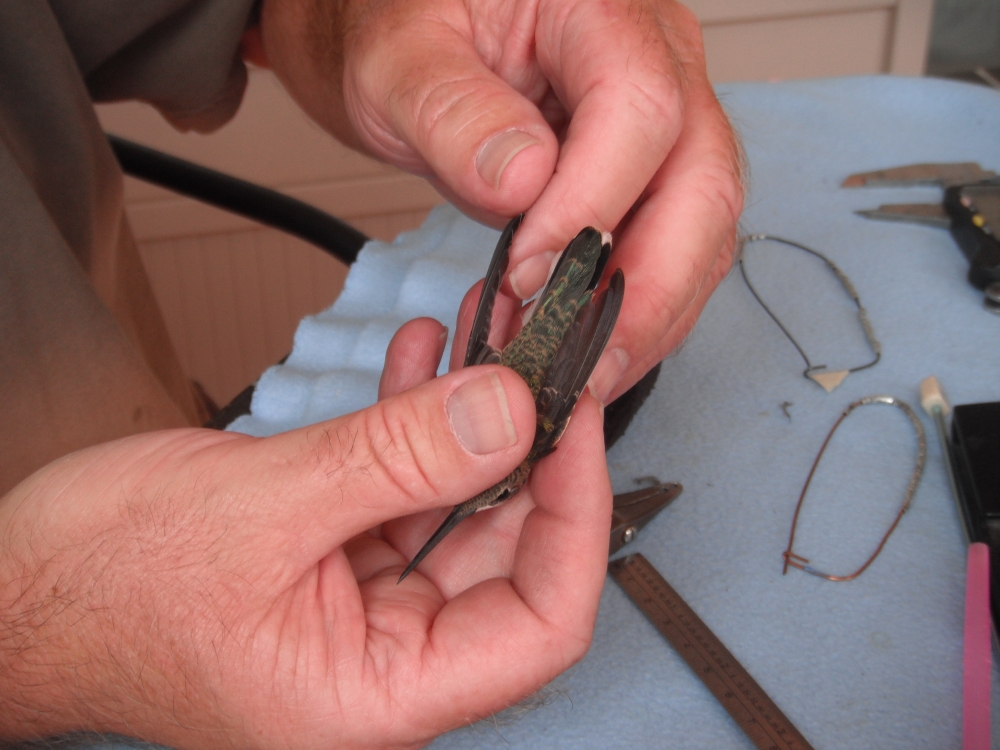 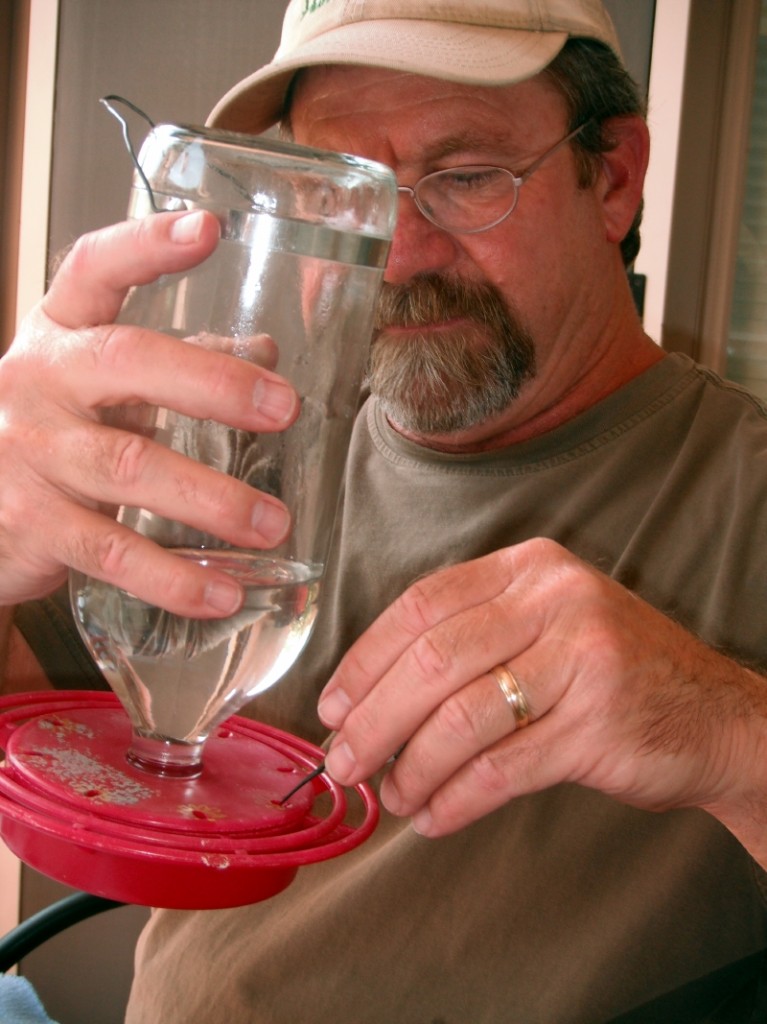 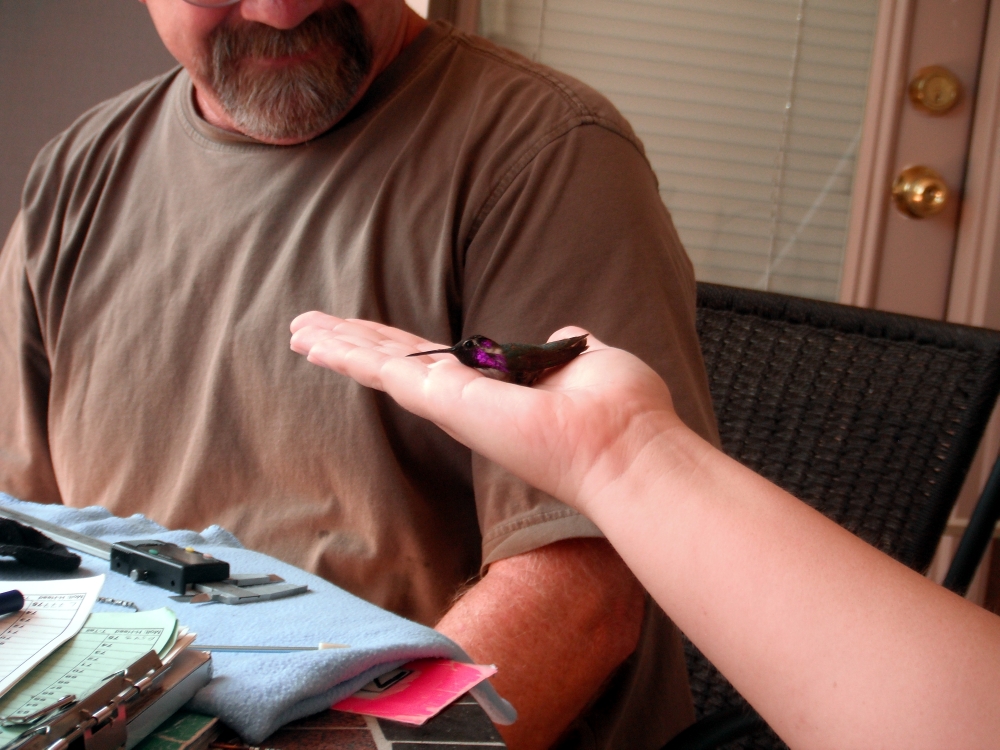 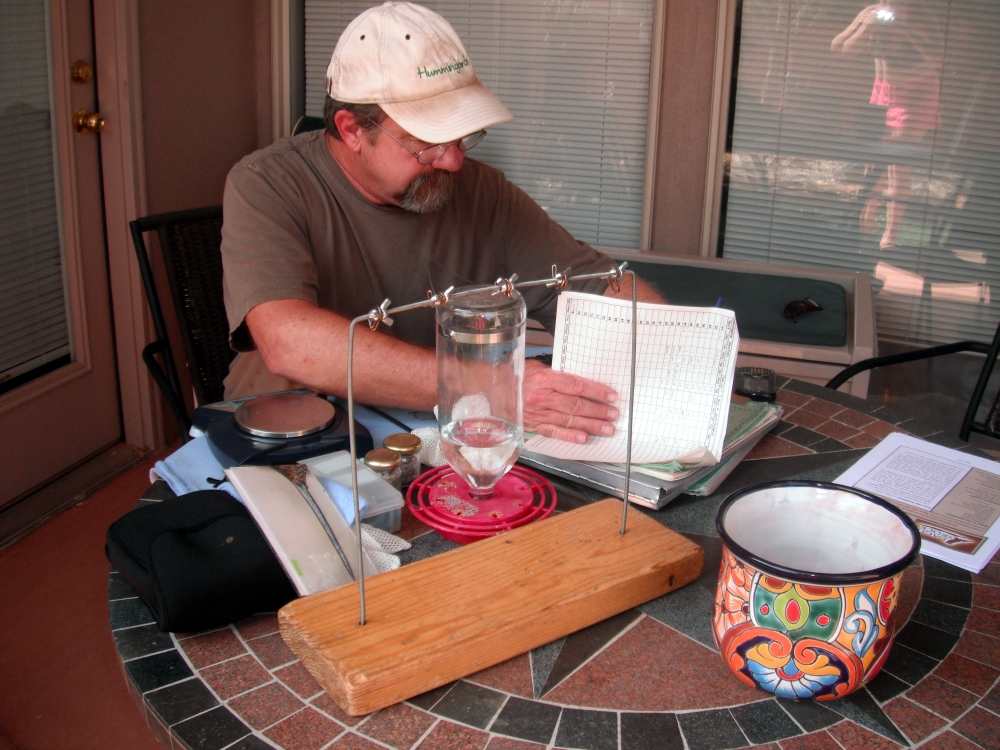 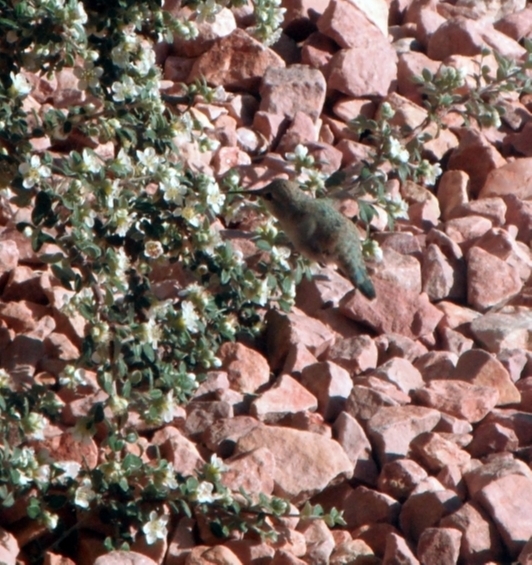 A hummingbird searches for nectar, Ivins, Utah, May 26, 2013 | Photo by Julie Morgan for St. George News 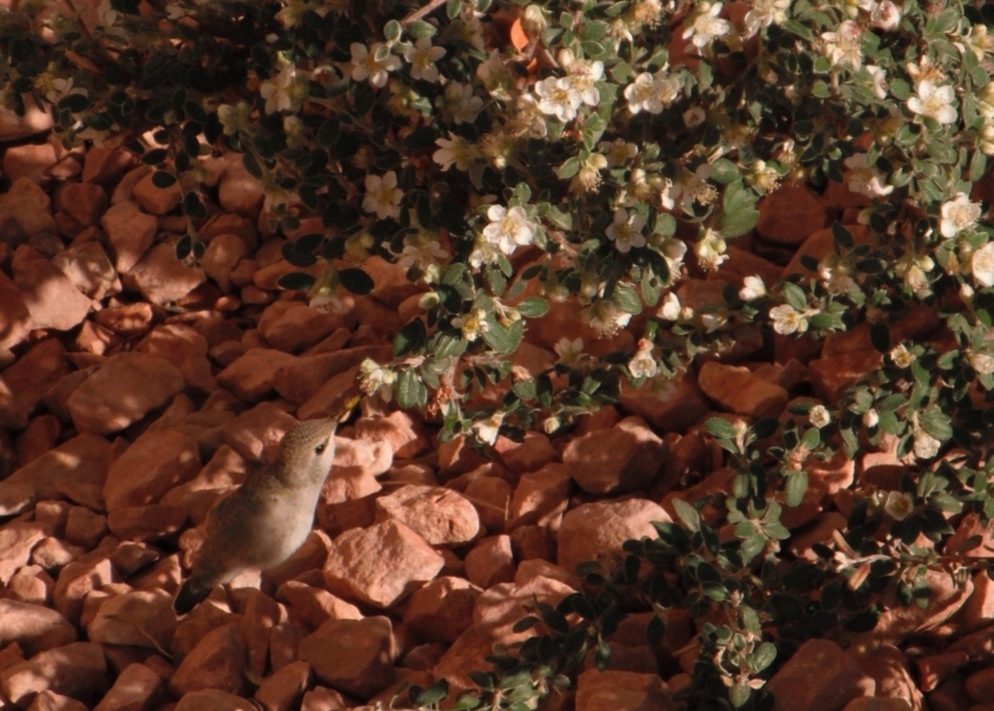 A hummingbird searches for nectar, Ivins, Utah, May 26, 2013 | Photo by Julie Morgan for St. George News

Relationship Connection: My fiancé and I have different ideas on repentance