HURRICANE – There was no whooping and hollering, no chest bumps and not a single post-game team picture. In fact, except for a few chuckles in the team huddle after Desert Hills’ 11-0 win over Hurricane, you could hardly tell Desert Hills won the game and completed a perfect 12-0 region season.

Six weeks ago, starting with an inauspicious 4-3 win over Cedar, Desert Hills began what can only be called a remarkable journey through region play. The thought of winning all 12 region games was laughable, with defending-state champion Snow Canyon, undefeated Dixie and contenders Canyon View, Cedar and rival Pine View all slated for home-and-home contests.

“Being undefeated definitely wasn’t one of our main goals,” said coach Jerry Beck, who has managed the DH baseball program since its inception in 2009. “We only started thinking about it later in the year, after we’d beaten Pine View and clinched the top seed. We really believed we could be good this year. How good, we weren’t sure.”

One of Desert Hills star seniors, Zac Ivie, said he had a feeling early on that this would be a special season.

“There’s five of us seniors who have been playing together since we were little kids,” he said. “We knew we could be pretty good, especially if some of the younger guys stepped up and they have.”

Ivie had four hits and four RBIs as the Thunder put the hurt on Hurricane in the season-ender Friday night. Desert Hills scored five runs in the first inning, two in the third, one in the fourth and three more in the sixth to invoke the 10-run mercy rule.

Dylan File also had a great game for the region champs, pitching six shutout innings while also picking up a couple of hits and scoring a couple of runs.

“We had to come out in this game and play it like we were playing Snow Canyon,” File said. “It might have made Hurricane’s season if they’d beaten us tonight, so we had to come out focused and ready.”

The Thunder’s business-like approach to the game carried over to the postgame, with players and coaches already talking about next week’s playoffs.

“We’ve got a lot left to prove still,” Beck said. “We are already focused on next week. We’ve got some good teams coming in to our place and we need to come out of it on the right side of the bracket.”

As region champs and the top seed, the Thunder 17-5 overall and 12-0 in region) will host a four-team pod next Saturday at DHHS. Payson and Wasatch will play next Saturday at 10 a.m., with Desert Hills facing Grantsville at 1 p.m. The losers of the first two games will then meet at 4 p.m. and the winners will square off at 7 p.m.

Hurricane finishes the year with a 6-15 overall record, 1-11 in region.

The Falcons exploded for seven runs in the sixth inning to put the game away. Zack Brinkerhoff notched his fifth win of the year as the Falcons clinched the No. 3-seed from Region 9.

Canyon View 12-8 overall and 7-5 in region, will travel to Park City next week to face Bear River in a 1 p.m. game Saturday afternoon. The Miners and the Juab Wasps will also be in that pod and will face off in the 10 a.m. game.

Dixie is also in the playoffs as the region’s fourth seed with a record of 6-6 in region (15-8 overall). The Flyers will play at Stansbury next Saturday at 1 p.m. The early game in that pod features Juan Diego vs. Carbon.

The Panthers denied the Redmen a chance at a play-in game with Dixie by capturing a 10-inning thriller up in Iron County. Dakota Donovan pitched eight strong innings with Zach Shephard picking up the final two and the win.

Dylan Draper had four hits in the game and Parker Leavitt had the game-winning hit, bringing home two runs in the top of the 10th for Pine View.

The Warriors scheduled this game as a tune-up for state, but were their own worst enemies, committing six errors. Still, SC led 8-7 going into the seventh inning before a Nick gates home run gave the Gaels the insurmountable lead.

Riley Gates homered for the second game in a row for Snow Canyon, which finishes the regular season 14-8 overall (8-4 in region). The Warriors will head to Spanish Fork next week with an opening round game against 13-11 Morgan at 10 a.m. Spanish Fork will face Uintah with a huge potential second-round match-up between the Dons and Warriors. 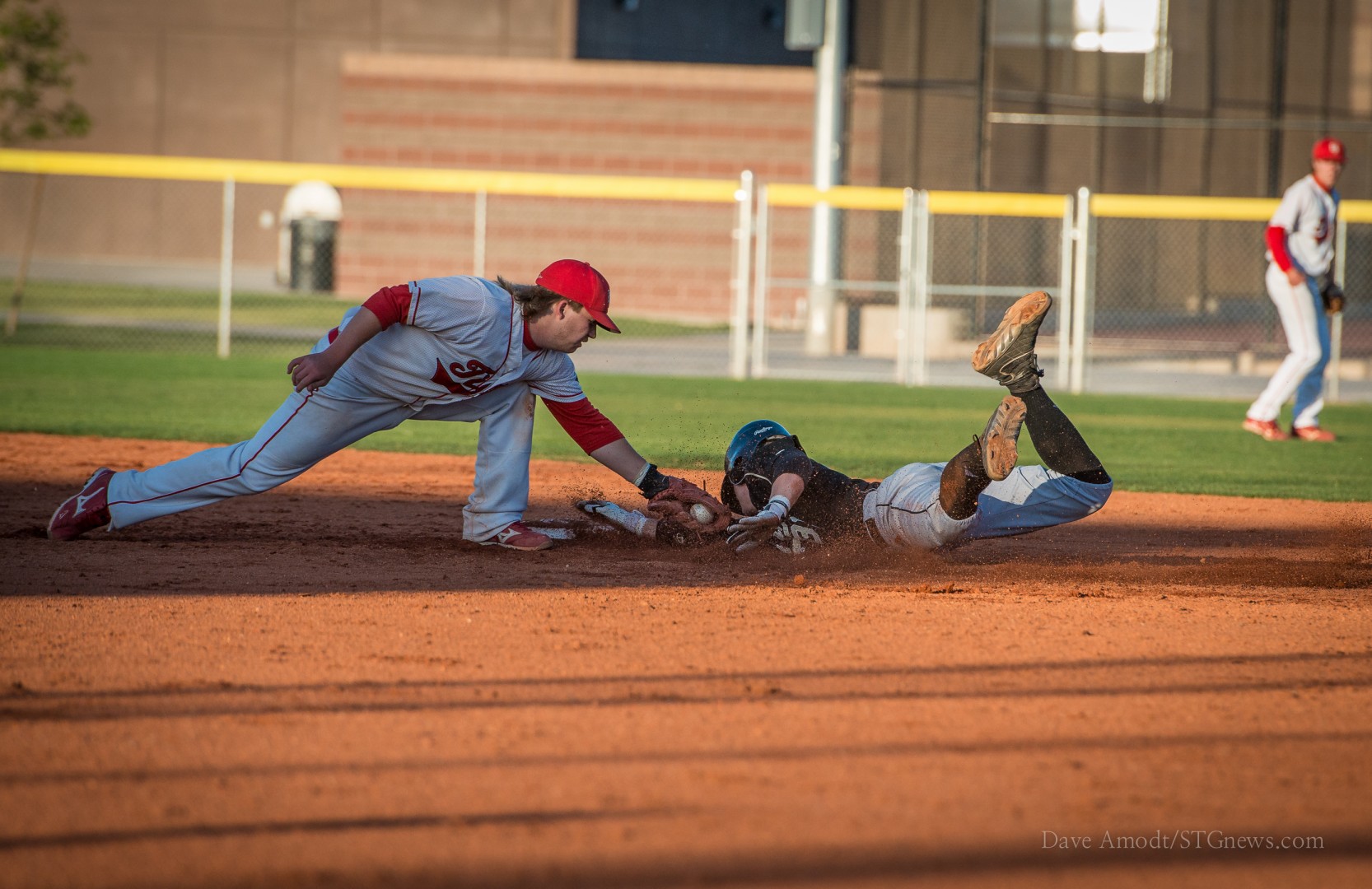