ST. GEORGE – Desert Hills survived a red-hot goalkeeper to beat Morgan 2-0 in the first round of the 3A State Soccer Playoffs, rounding out a remarkable day for Region 9.

Along with the Thunder win, a No. 1-seed beating a No. 4, the playoff teams from Region 9 performed a first-round sweep with Dixie bombing Delta 8-0, Pine View dumping Payson 2-0 and Cedar defeating Spanish Fork 1-0.

“We were a little surprised that Morgan played us so tough, but they’re goalkeeper played very well,” said DH coach Stuart Dewey. “We had a lot of excellent chances, but couldn’t get it past him.”

The region-champion Thunder did get one past in the first half as Justin Brinkerhoff ran under a long pass, beat a defender and blasted one inside the right post. The only goal of the second half came on a 35-yard rocket from Tanner Browning that hit the crossbar and caromed in.

“Coach has a lot of faith in me to take those long shots,” Browning said. “I like to test the keeper on those kind sometimes. I saw the defender go by and there was a clear look for me, so I let it go.”

Morgan’s goalkeeper, Payton Charlton, is just a sophomore and drew praise from several of the Desert Hills players, including counterpart keeper Vincent Enfield.

“He’s a good player,” Enfield said. “He kept them in the game. If we had been able to finish some of those, it would have been a blowout.”

Enfield is right as the Thunder controlled the ball most of the game, peppering Charlton with shot after shot. DH even had a half-dozen corner kick chances in the second half, but came away empty-handed on those.

“I was disappointed a little in our corners,” Dewey said. “We’re usually pretty deadly on those. But we had some narrow misses and again, their keeper played very well.”

The Thunder, 13-2-2, advance to the quarterfinals, where they’ll play Juan Diego. The game is scheduled for Saturday at 1 p.m. at Desert Hills High School.

Once the floodgates opened, there was no stopping the Flyers. Alex Green had the hat trick with a perfectly orchestrated three-goal effort, while Dixie also got goals from Caeser Perez, Cutter David, Konner Aitken, Taro Kikuharo and Tyler Bennett.

Tristan Cowles picked up the shutout between the posts as Dixie improved to 12-5-0. The Flyers will play their quarterfinal game at No. 1-ranked and undefeated Wasatch. The 17-0 Wasps won the 2011 state title, but lost to Dixie 1-0 last season in the semifinals.

The Panthers, a third seed from Region 9, got goals from Michael Cardenas and Michael Wade to pull the road upset off.

It was scoreless at halftime, but Cardenas got the Panthers on the scoreboard in the 54th minute to put PV ahead. Wade then hit a long drive into the net for the insurance goal. Justin Jones recorded his sixth shutout of the season.

The first-round’s biggest shocker was fourth-seeded Cedar’s shutout of Spanish Fork, the Region 12 champion. Kaeland Osborne recorded the shutout and Brett Sillitoe scored the game’s lone goal in the upset. 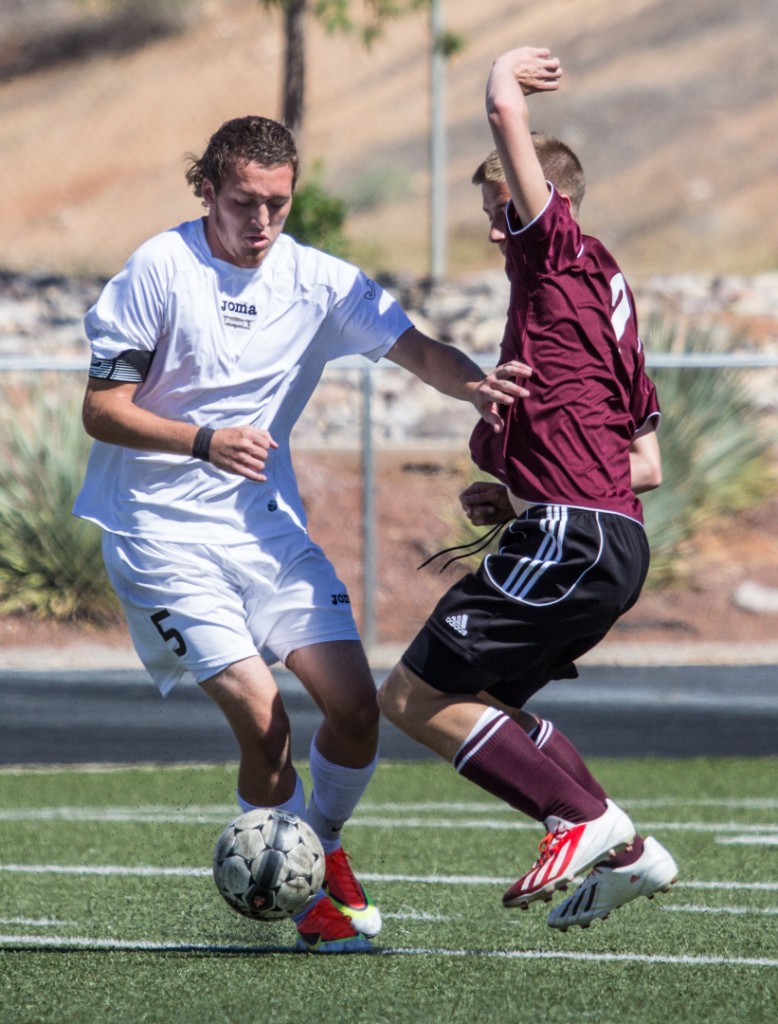 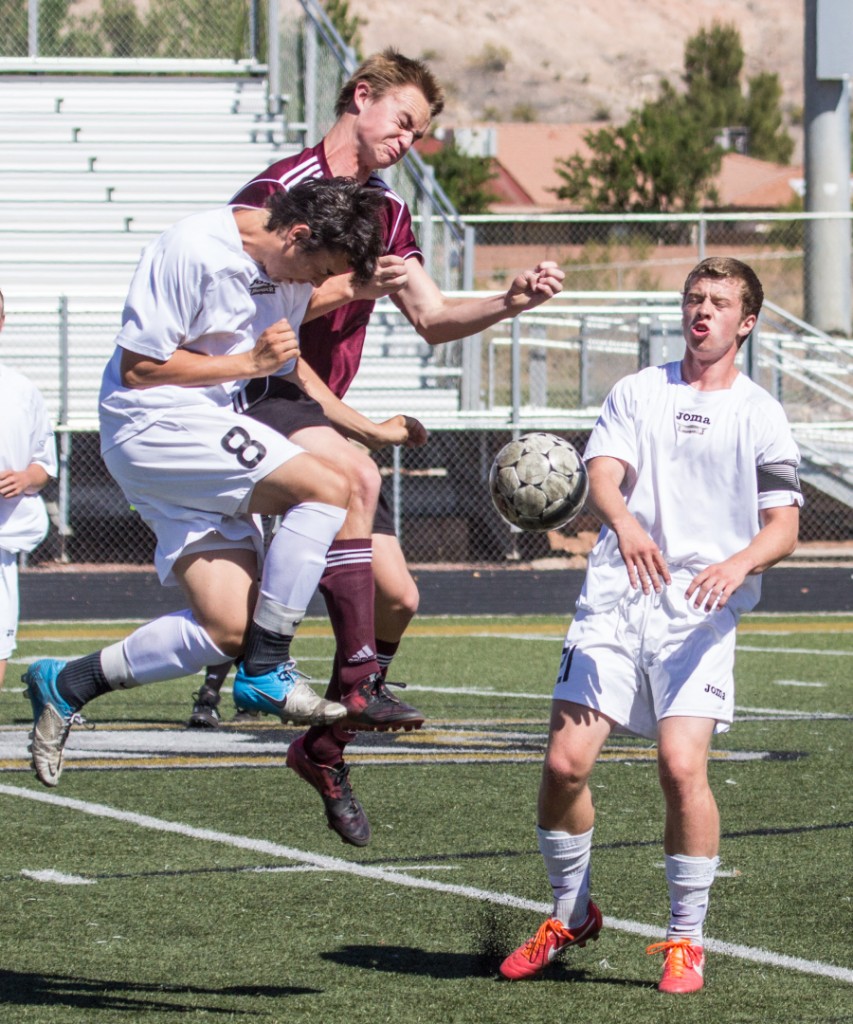 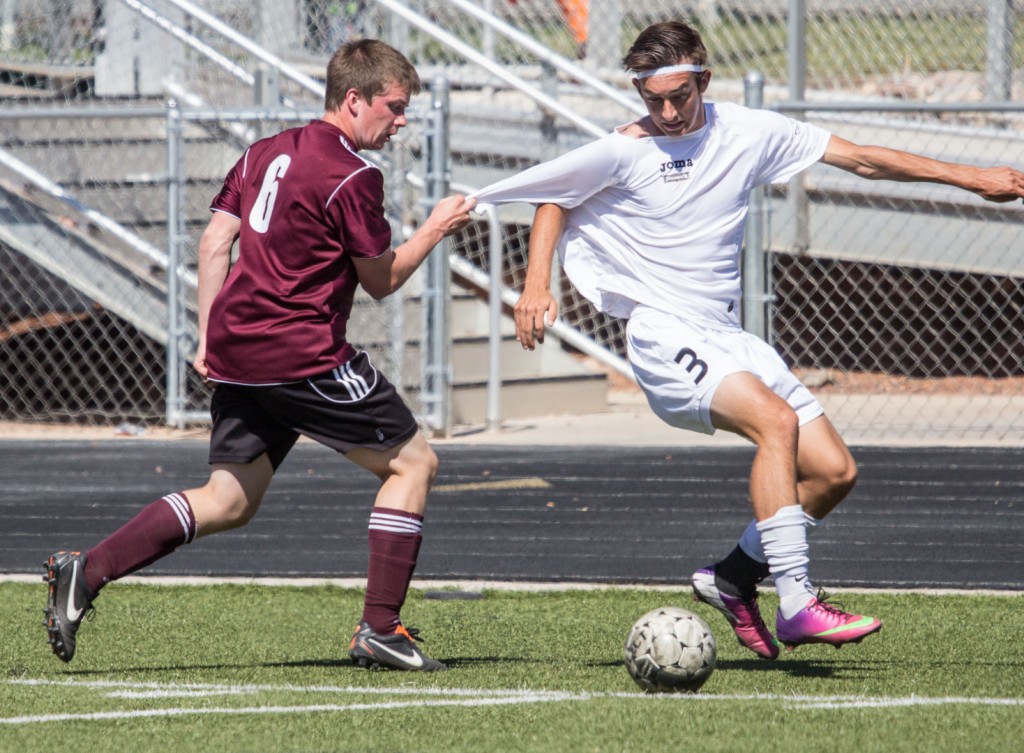 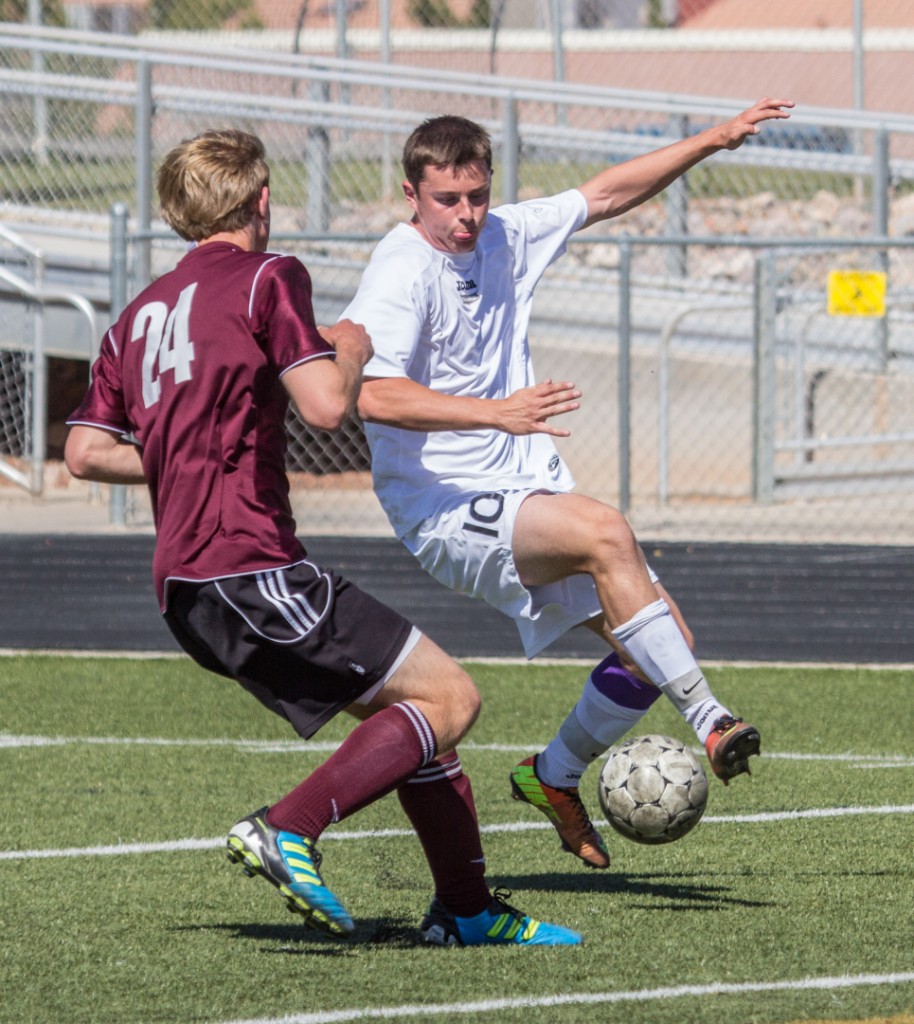