SOUTHERN UTAH – Snakes awake from hibernation and rattlesnake season is upon us.  It runs from pre-spring through mid-fall.

Bradley F. Esplin, doctor of veterinary medicine at Red Hills Animal Hospital, said that in the past two years he has treated dogs that were bit in areas such as Kayenta, and across from a baseball field near Snow Canyon Parkway.

“Dogs living adjacent to open land and dogs that are out hiking with their owners are at highest risk of rattlesnake attack,” said Esplin.

When a rattlesnake has bitten a dog, treatments for the dog vary depending upon how much venom has been released into the dog by the rattlesnake.

“If a snake releases a large amount of venom, the dog likely will need to be treated with an antivenin (Crotalidae) Polyvalent, among other treatments specific to infection,” Esplin said. “Treatments of antivenin can run well over $1,000, and not infrequently twice or more than that.”

The “rattlesnake vaccine” is an option for owners of dogs at risk. Generally, it involves a series of two or three shots, an initial one and one or more boosters, depending on the size of the dog, the following week. Coupled with the cost of the veterinary office visit, the initial series can cost around $120. Subsequent costs will reduce, if the yearly vaccines are kept up, as only one renewal shot is required annually.  The advisability and effectiveness of the vaccine is disputed and veterinary counsel should be sought on a case-by-case basis.

Because the intended immunity offered by the rattlesnake vaccine for dogs only lasts six months, Esplin recommended that in appropriate cases (“those in which a dog is more likely to encounter rattlesnakes”), it be initiated in early April, and then re-administered annually thereafter.

The rattlesnake vaccine is neither a guaranteed prophylactic to save a dog bitten, nor a replacement for other treatment.  Antivenin and other treatment may still be required.

The vaccine “buys time,” Esplin said;  it neutralizes part of the toxicity of the rattlesnake venom and that can buy time, particularly for dogs that are out with hikers or in areas not proximate to city limits where veterinary facilities can offer the antivenin and other treatments.”

Esplin said that snake bites typically “will cause immediate pain and swelling” and urges that any dog suspected of being bit be taken to a veterinarian for immediate assessment and treatment.

The primary source for emergency veterinary attention in veterinary off-hours in Washington County, is the Southwest Animal Emergency Clinic, located by the Red Cliffs Mall, phone number 435-673-3191.  The Clinic operates from 5 p.m. to 8 a.m. daily and 24-hours on weekends. 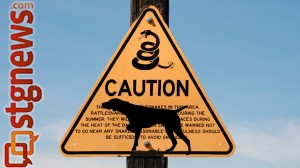 Utah among top 10 states for mining, with resources totaling nearly $4B in 1 year