ST. GEORGE – Abbey Inn was the site of an award celebration for St. George resident Debbie Hofhines, who was named Woman of the Year by Utah Business Women. Every year Utah Business Women, a networking group for professional women, chooses a woman whose leadership and compassion positively influence the surrounding community.

Debbie Hofhines moved to St. George from the Salt Lake area in 1994, about the same time she found her career passion as a child advocate. The more she learned about abandoned children, the more she was motivated to help. Since those early years of discovering her passion, Debbie Hofhines has been busy making a big difference in the lives of Southern Utah’s children. In the process she has given other women a standard to which they can aspire.

While working for the Division of Child and Family Services, Debbie Hofhines recognized the piercing needs of children without adequate parenting. By 1999 she was working with Utah Foster Care Foundation, overseeing nine counties in Southwest Utah. Unlike some who do their job and leave it at the office, Debbie Hofhines took her work home. She became a foster mother and eventually adopted her charges or was adopted by them.

A mother by choice

Debbie Hofhines knew from the first year of her marriage that she would be unable to bear children. A harsh reality that could turn another woman bitter actually galvanized Debbie Hofhines’s commitment to having children. She and her husband agreed to adopt, and did so within eight years. A baby boy whetted their appetite for parenthood; soon they embraced a 3-year-old girl into their family.

Debbie Hofhines thought that her family of four was complete until her husband said, “There’s a teenaged boy who needs a home. Can he stay with us?” Debbie Hofhines said, “OK. For how long?” Brent Hofhines works with the Governor’s Safety Net Committee and the boy he brought home was one of the “lost boys” cast out by the polygamist community in Hildale. Two months later, Brent Hofhines repeated his request, and again Debbie Hofhines said, “OK. For how long?” They brought the boy’s brother into their family and the lost boys are lost no more. They have been permanently adopted into the Hofhines family. In all, the Hofhines have fostered seven teenagers from the polygamist community in Colorado City, Ariz.

Integrity works for everyone

Debbie Hofhines’s embracing attitude is one reason her peers chose her as Woman of the Year. Others value her enthusiastic approach to work and being able to count on her.

“She’s a star,” a UBW member was quoted as saying. Another, “She works so hard. She’s always willing to donate her time.” Still another was quoted, “You can count on her to do what she says she will do.

Her colleagues also treasure Debbie Hofhines’s tender heart, reflected in tears shed while Caden Bundy sang, “You’re My Everything” at the luncheon in her honor. Her joyful spirit and personal power were captured by Eric Dodge and Andy Dodge’s boot-thumping, “It’s a Woman’s World.” Indeed, when you’re in the presence of Debbie Hofhines, you know that it is.

Last year’s “Woman of the Year,” Julie Williamson, conducted the award ceremony. She said to Debbie Hofhines, “Selflessness seems to come natural to you. You have shown me the meaning of true service.”

“You are a great lady,” Utah Business Women president, Stacey Olivetto Byrd, said to Debbie Hofhines. “You have been chosen by your peers, strong women who chose a strong woman.”

Byrd applauded Debbie Hofhines for using her strength to advocate for those who are not so strong, the children.

Secrets of her success

Debbie Hofhines’s integrity informs her advice to others. When asked about her key to success, she said: “Because I do what I say I will do, people trust me.”

Debbie Hofhines reveals that her success as a child advocate, as a businesswoman, and as a wife and mother hinges on one precept: “Facing a challenge presents an opportunity to grow or an obstacle to keep you from growing.”

It’s obvious that Debbie Hofhines’s choice was to regard challenge as an opportunity, a choice that has made all the difference. 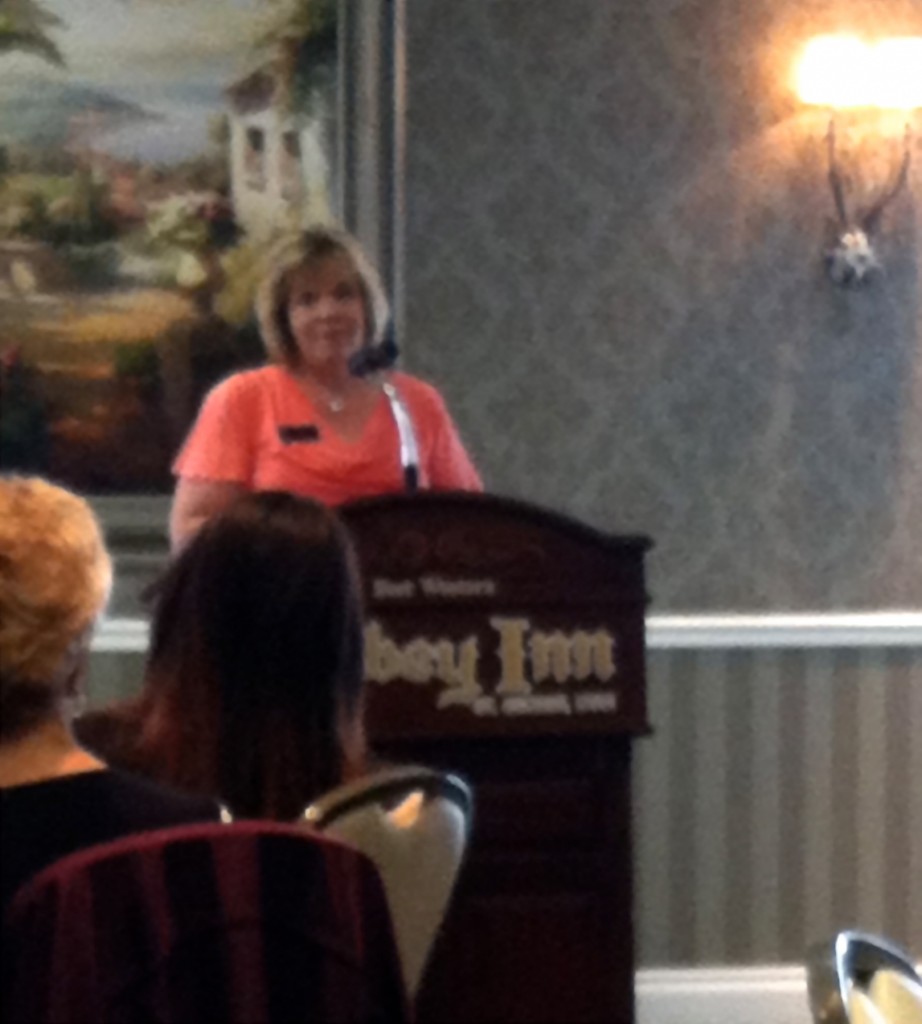 Debbie Hofhines shares one of her Rules for Life: "Make peace with your past so you don't mess up your present." at Utah Business Women "Woman of the Year" award luncheon, Abbey Inn, St. George, Utah, April 9, 2013 | Photo by Dorothy Solomon, St. George News 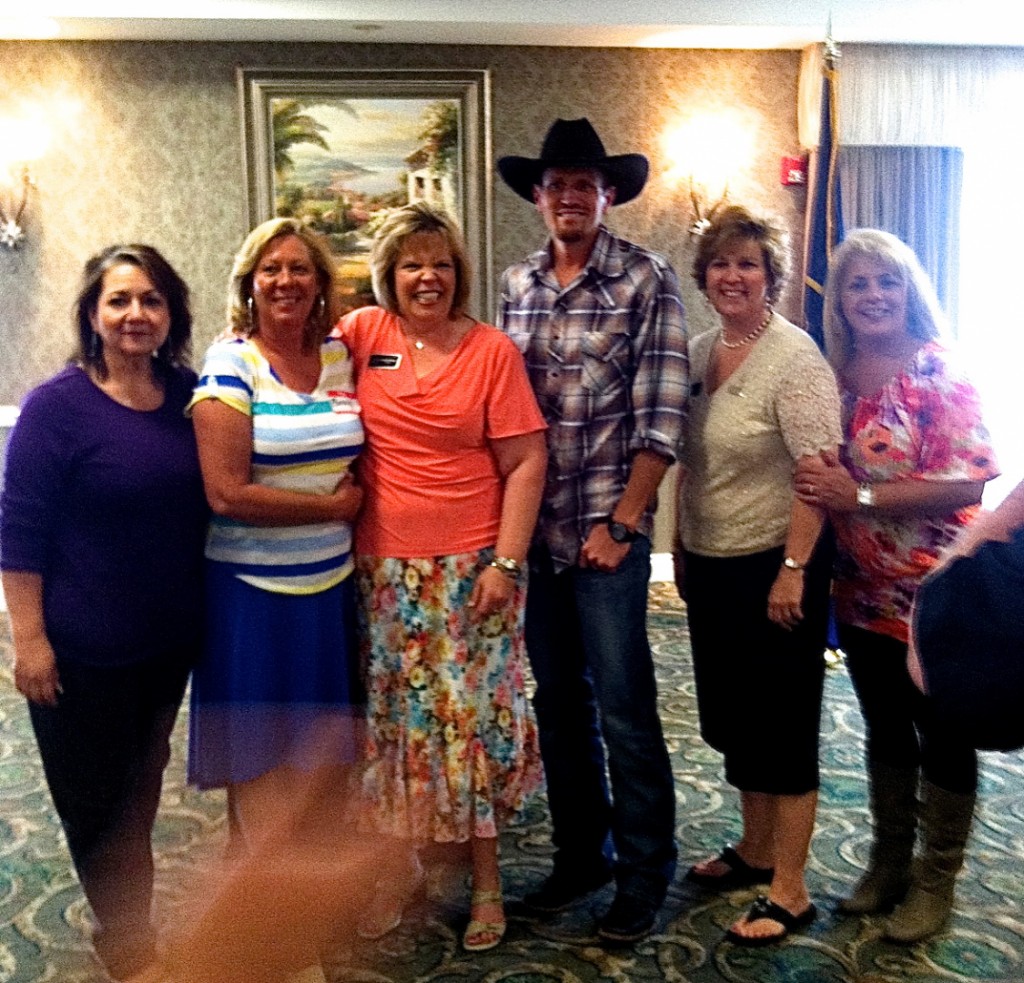 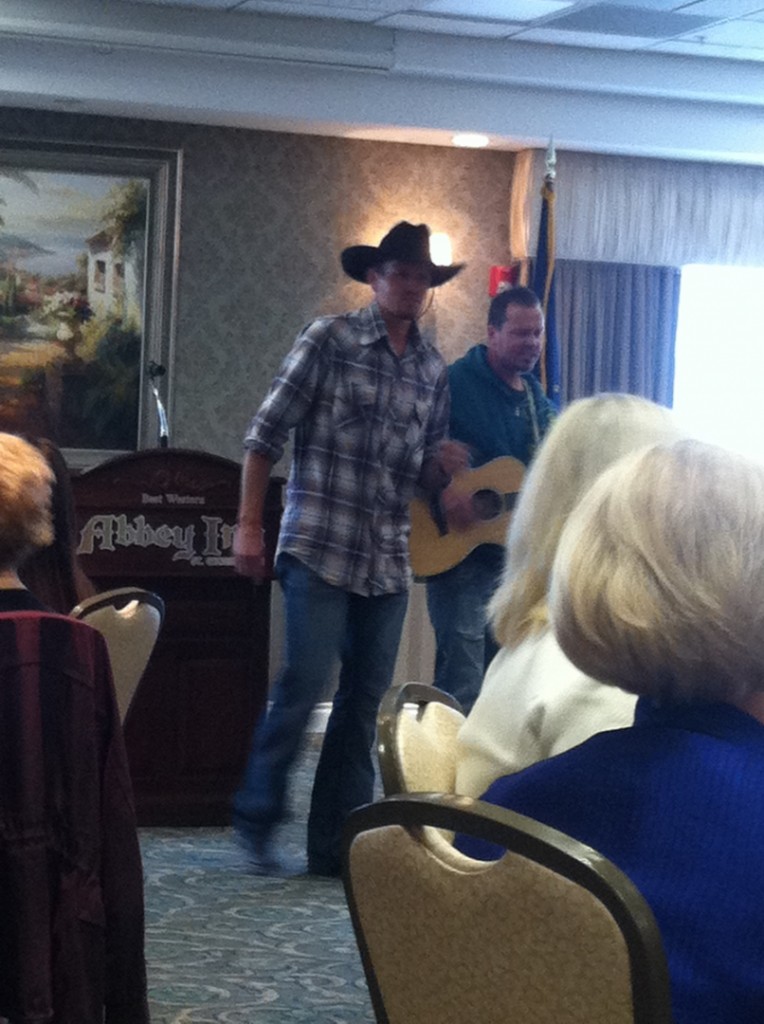 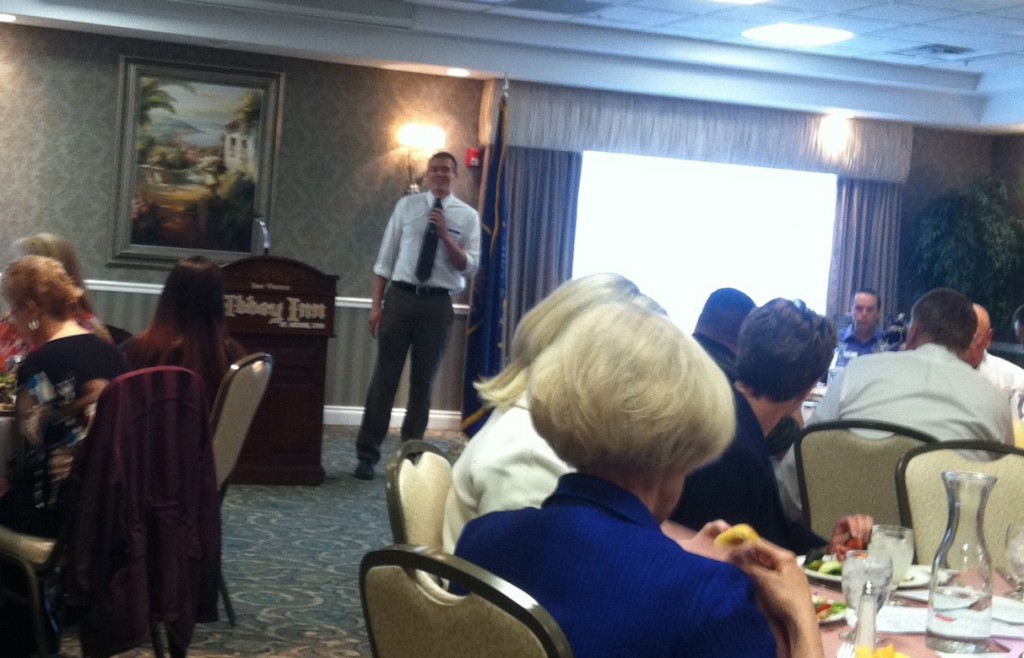 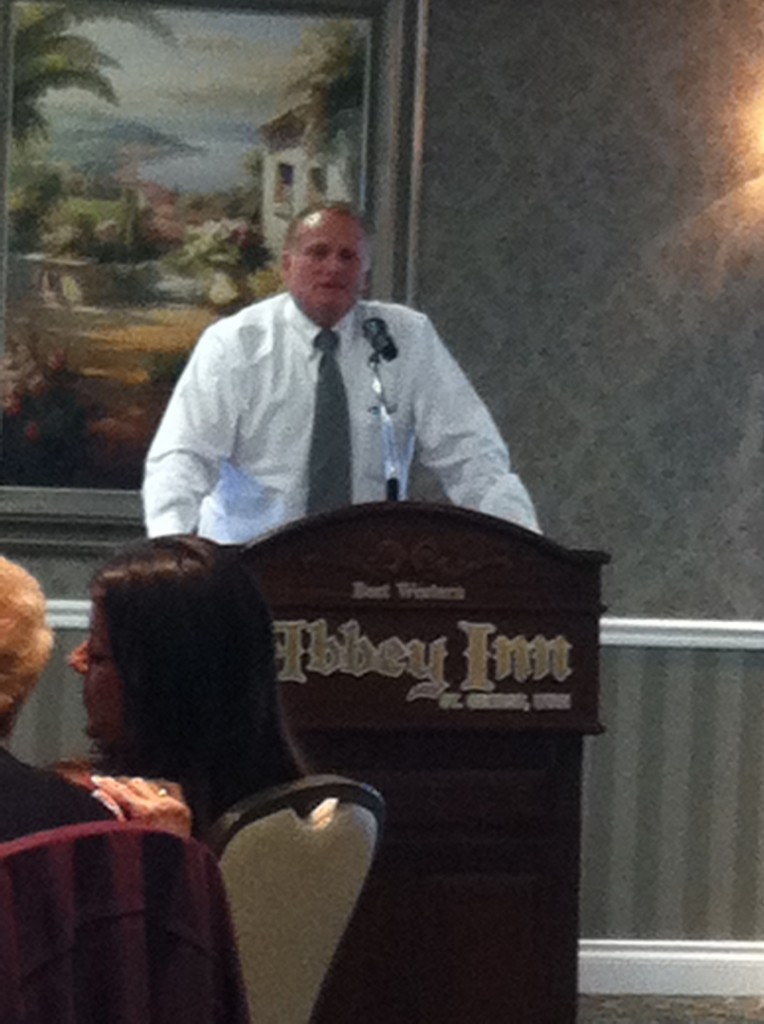 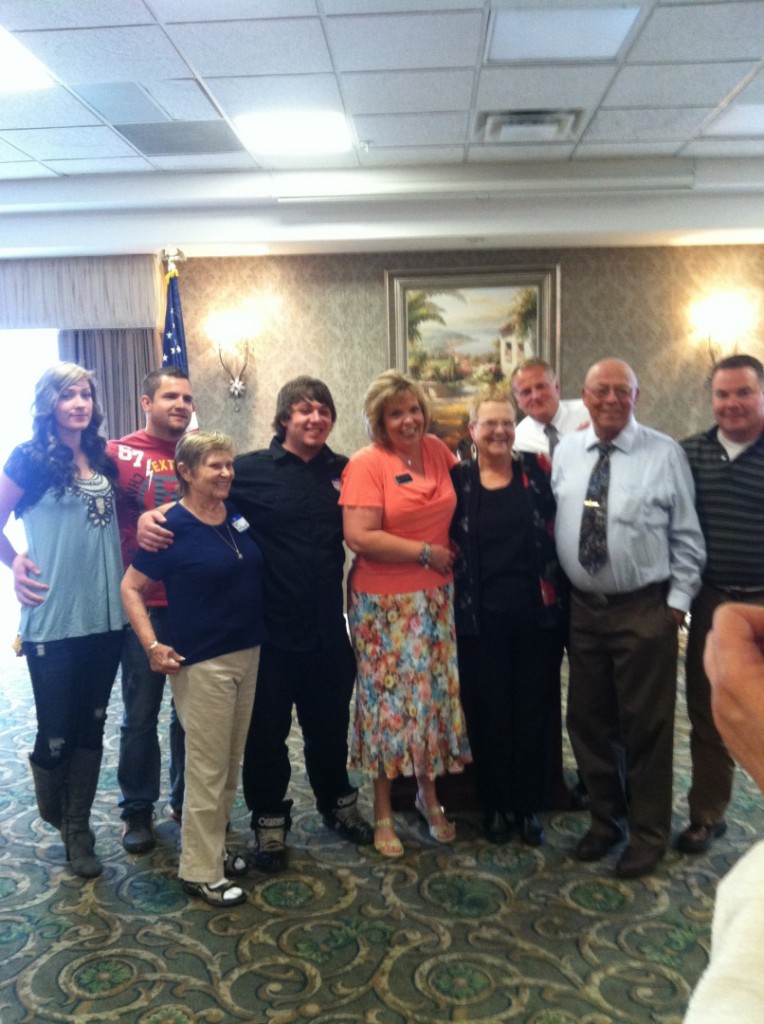 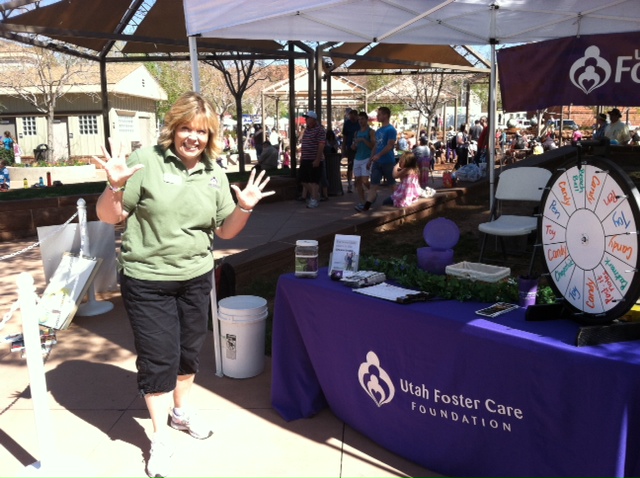 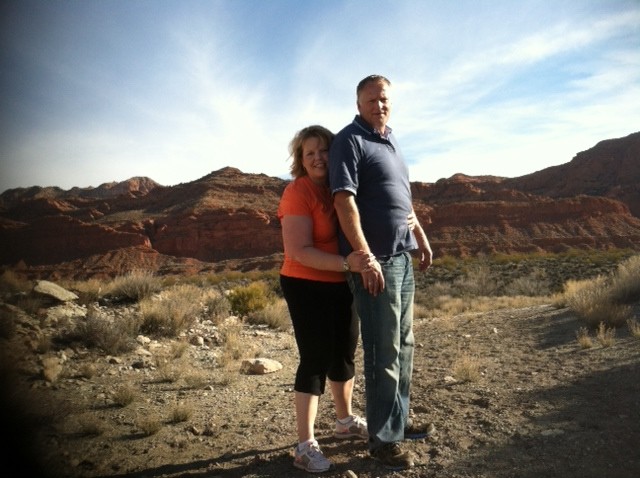 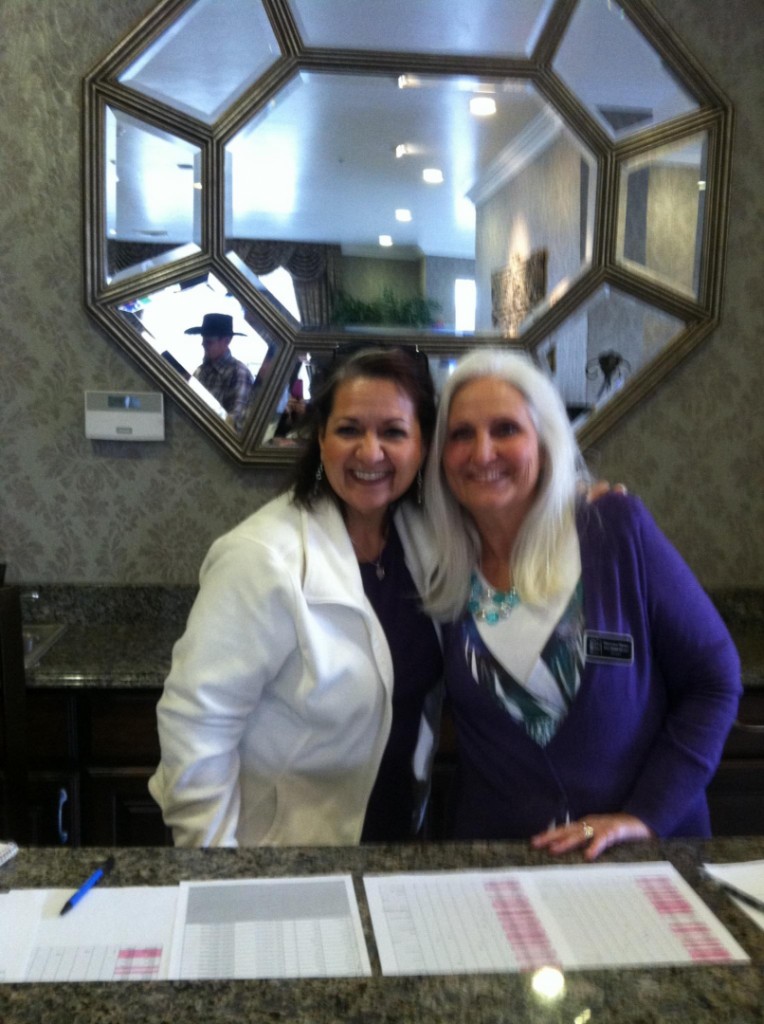 Get front row seats to ‘CHAIR-ity’ for Utah Foster Care

Dorothy Allred Solomon is a middle kid of sorts – 28th of 48 children. Her first book, “In My Father's House,” was a ground-breaking insider account of modern polygamy. She has since written other books, including “Predators, Prey and Other Kinfolk,” “Daughter of the Saints,” “The Sisterhood: Inside the Lives of Mormon Women,” and the forthcoming “Equal but Different: Gender in Mormon Cultures.” Her writing has been anthologized and awarded. She has written on a range of topics for various magazines and journals, including “Elle and Marie Claire.” At age 18, Dorothy chose to leave fundamentalism and marry monogamously. For thirty years, Dorothy and her husband, Bruce Solomon, conducted communication trainings across the globe. A Vietnam veteran who delivers therapy to combat veterans and their families, Bruce is now employed at the Vet Center on Dixie Drive. They delight in four children and 13 grandchildren.