Capt. Kyle Whitehead of the St. George Police Department said Jeramy Shawn Olsen, 31, of St. George, passed away Sunday. His death was confirmed by University Medical Center in Las Vegas where he was taken Saturday in critical condition after the assault, suffering significant trauma to his head.

The St. George Police Department responded to the incident on Saturday at the 1000 North block of 1340 West involving Olsen and one Mario Alphonso Lucero.

Police said Lucero fled the scene prior to the police being notified of the altercation.

Lucero is 5 feet 6 inches tall, 170 pounds with brown eyes and brown hair. Distinctive markings include various tattoos on his neck, face and head. He is also known by various aliases including: Rocky Lucero, Temper, Lost Boy, and T-Mac.

He has connections to St. George, Ivins and Hurricane, in Utah; also to Mesquite, Nev., New Mexico and Southern California.

Note: Persons arrested are presumed innocent until found guilty in a court of law or as otherwise decided by a trier-of-fact 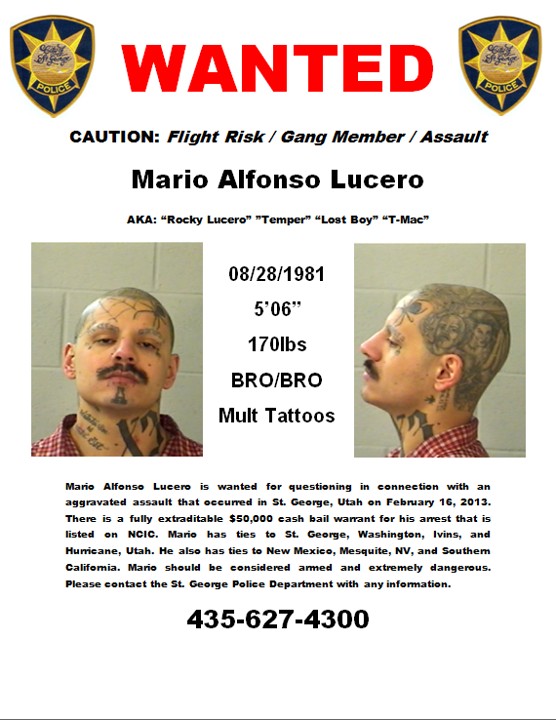