ST. GEORGE – The Southern Utah Climbing Alliance was in full workout Saturday morning when it hosted a cleanup of a local bouldering area known to climbers as “Garth” or “Garth Rocks.”

The area, which rests neatly to the south of Washington Fields, was sorely in need of a cleanup but not from use by climbers. Years of deliberate work by some thoughtless citizens in Washington County has left thousands of pounds of rotten furniture, broken glass, and vehicle tires spread over the area in what appears to be a concerted effort to not care.

The Southern Utah Climbing Alliance is no newcomer to hosting cleanups like the one Saturday at Garth.

On Feb. 23, the organization will host the fourth annual Moe’s Valley Maintenance and bouldering competition with support from Access Fund Adopt a Crag, as well as local sponsors, The Desert Rat and The Spot Bouldering Gym.

“We want to do our part to keep the areas as clean as possible,” Tyler Webb of SUCA said, “and leave them for future generations to enjoy.”

Webb also said the climbing community has fostered an important relationship with Utah’s School and Institutional Trust Lands Administration to use the land for the climbing areas.

SITLA owns the land where both Moe’s and Garth sit and allows the community to access it for recreational uses.

The climbing community in Southern Utah is doing its part to foster good “leave no trace” principles and good stewardship of the land.

The competition on February 23 will start at 9 a.m. and run until dark. A 10K race and a bouldering competition will take place in addition to the clean up, with awards and bonfire at day’s end. 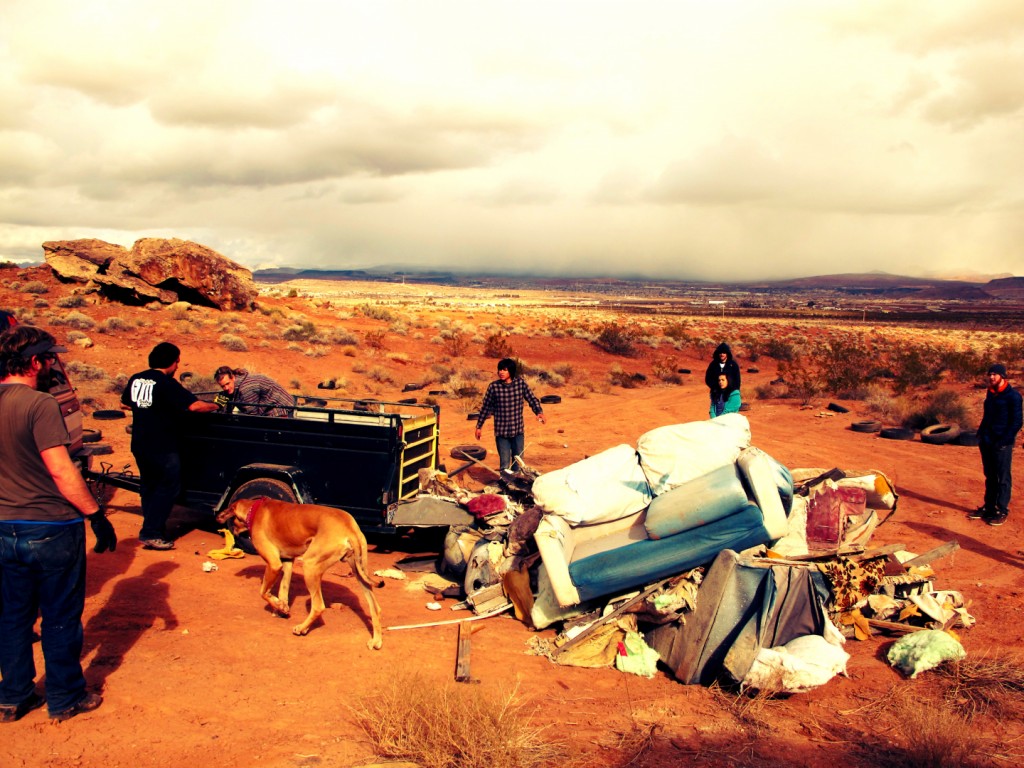 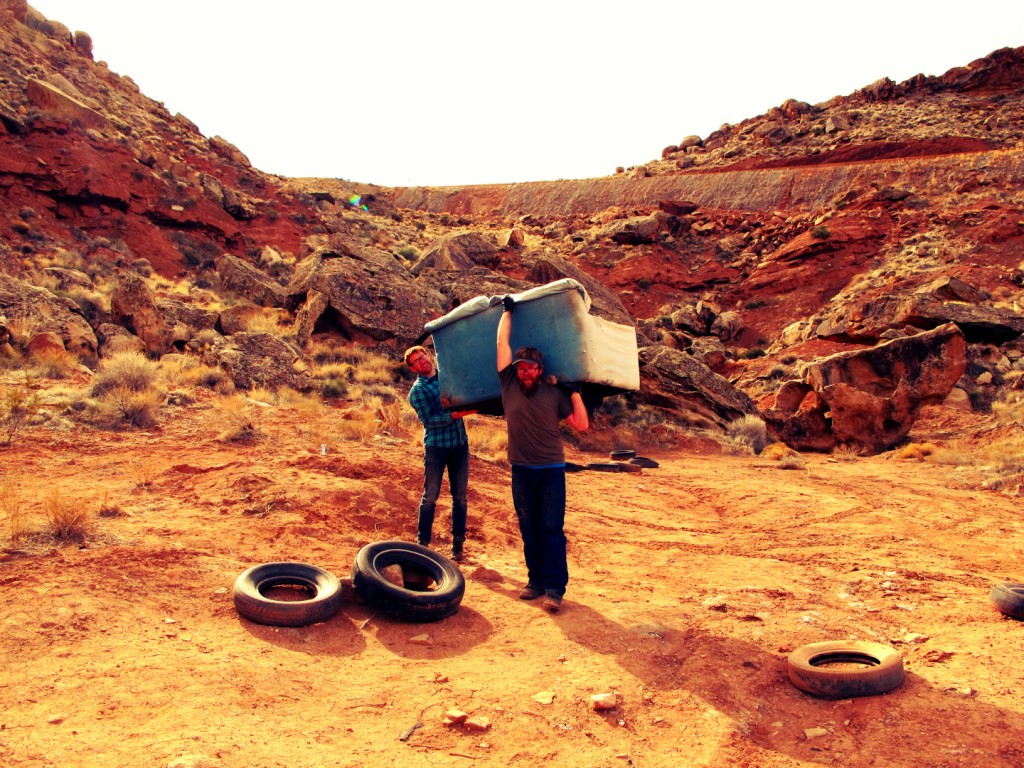 Tyler Webb and Chris Healy of the Southern Utah Climbing Alliance hoist a couch to the trailer on a Satuday morning dedicated to cleaning up a bouldering area known to rock climbers as "Garth," south of Washington Fields. St. George, Utah, Feb. 9, 2013 | Photo by Greta Hyland, St. George News

Dallas Hyland is a freelance writer, award-winning photographer, and documentary filmmaker with three films currently under his belt including "The Approach," featured in the 2012 DOCUTAH International Film Festival, and the 2014 Raven Award-winning film "Still Going Strong." Hyland is currently working on more films as well as commercial branding projects. He is a sponsored photographer and product tester for companies such as Clik Elite and its adventure photography line of camera bags. A founding writer at St. George News and the opinion editor at The Southern Utah Independent, Hyland's investigative journalism and opinion columns have ranged in topics from local political and environmental to the international front covering issues such as human trafficking in Colombia. At once action-oriented and of deep philosophical inclinations, Hyland's work drives at reporting in a manner that incites a dialogue aimed at getting to the truth. Based in Southern Utah, Hyland works from his studio in Kayenta’s Art Village, as well as from wherever his work takes him. On his rare off-days he can be found with his family and friends exploring the pristine outdoors. Hyland cherishes what he calls “the modest life, lived well.” Follow his work at about.me/dallashyland and www.dallashyland.com. Listen to him live as a regular guest co-host on the Perspectives talk show on Fox News 1450 AM 93.1 FM in Southern Utah.

Know a great teacher in Southern Utah? Nominate them to win up to $500