ST. GEORGE – In the last few months, City of St. George Mayor Dan McArthur and the City Council have received information from multiple citizens, including concerned parents, regarding the purchase and use of suspected Spice from Mike’s Smoke Shop at locations in St. George and Washington City.

The Washington County Area Drug Task Force detectives opened an investigation into both locations and on various occasions were able to purchase Spice both in St. George and Washington City.

Given this information, the Washington County Area Drug Task Force applied for and received search warrants for both locations of Mike’s Smoke Shop.  The search warrants were served on Jan. 11.  Numerous items of evidence were collected.

A 28-year-old male from St. George has been arrested and charged with felony distribution of spice.  He has been booked into the Washington County Jail. 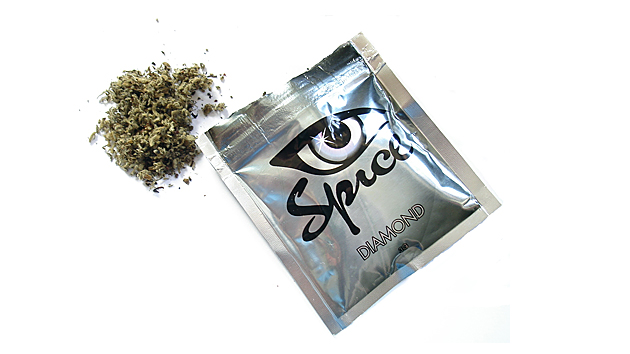 In the past two years the Washington County area has seen an increase of individuals purchasing and using Spice which has very dangerous and potentially life threatening consequences.

Individuals are purchasing Spice from our local smoke shops within our County. Spice is marketed here in our community as “aroma therapy” or Reborn. It is typically packaged in a small pouch or small clear container. The ingredients listed on the packaging do not always reflect what’s actually in the product.

Ed. note: Persons arrested are presumed innocent until proven guilty in a court of law or as otherwise decided by a trier-of-fact.

Teen Taken to Hospital after Overdosing on Spice, April 19, 2011

Suspect arrested for allegedly beating woman severely inside of her St. George home