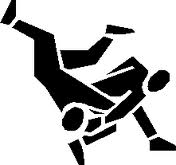 Between extreme workout regimens and efforts to maintain eligibility to compete in a specific weight classification, wrestlers are required to give maximum effort each day.

Hurricane’s Zach Prince is the obvious individual storyline in the region and will be vying for his fourth consecutive state title. However, a thumb injury suffered against Desert Hills in football could complicate the senior’s quest for a four-peat.

“His thumb is going to be taped to his hand so he can use his fingers, (but) won’t be able to grip with his thumb,” Kerry Prince said. “He looks good in the room, but it is a little hard to grip with his right hand. He had 184 takedowns last year. I don’t think it will slow him down on his feet.”

The Tigers also expect Josh Pettus to have another solid year after second and fifth place finishes at state the last two years.

“I would keep an eye on him,” Kerry Prince said. “He works his guts out in the room. Out of the room he runs and lifts weights. He will be tough this year.”

Cedar claimed the Region 9 team title in back-to-back years and returns two state championship wrestlers in Dusty Hone and Cameron Williamson. But the Redmen have their work cut out with a lot of youth on the roster this year.

“I’ve probably got 15 ninth-graders,” coach Chris Hone said. “I’ve got a young team this year, (but) I’ve never had a team try so hard. We have a couple of months to get squared away.”

The Redmen will call on Hone and Williamson, along with Kolby Lloyd and Cody Parkinson to lead the way and help prepare their younger teammates for another run at the region title.

Chris Hone also said his assistants will play an integral role in developing this year’s team.

“I’ve got good coaches,” he said. “Coach Payne and Coach Lee are stepping up with me and they’re a ton of help. That’s makes a big difference. With the three of us hopefully we bring these kids up and do something good at state.”

The wrestling season kicks off this weekend and most region teams will see their first action. Snow Canyon travels to Syracuse High School for the Syracuse Scuffle, while Dixie will compete in the Skyhawk Showdown at Salem Hills High School and Pine View will be in action at the Green Valley Duels in Nevada.

Hurricane, Cedar and Canyon View will participate in the Iron Man Tournament at Millard High School while Desert Hills will make the trip to Panguitch for its first tournament.

Joe Mondragon of Desert Hills finished second at state last year and is expected to remain a tough competitor in the region.

Although the Hurricane football season ended earlier than anticipated, Coach Prince is excited to have the football players back to get in shape before the first tournament.  He said those players have been two weeks short of practice in the past because the football team has been in the state finals.

Coach Hone said he expects Canyon View, Desert Hills and Hurricane to field the toughest teams in the region this year.

Keric Seegmiller is a St. George native and Dixie State College broadcast journalism graduate. From an early age Keric showed he was bound for a career in sports commentating. If he wasn't memorizing a sports broadcast, he was reenacting another out on the field or court. Thanks to opportunities to announce and write while at DSC, Keric found a way to make his dream a reality. Keric has a wonderful wife and two kids that drive him to succeed in everything he does.

Rollover on I-15 near Littlefield, Arizona leaves driver trapped for hours in deep ravine

Smoke from wildfires in 3 states rolls into Southern Utah