MOVIE REVIEW – There are a lot of movies that hit close to home. Maybe if you watch “American Pie” it will take you back to your days in high school. If you watch “The Notebook” it might remind you of when you met your significant other. Or “The Goonies” could take you back to the times when you caused trouble with your childhood friends.

Nostalgia can be a powerful tool in storytelling. “10 Years” is a portrait of a life event that always comes with an overdose of nostalgia and memories: a 10-year reunion. That is the entire basis of the movie. In fact, a solid plot is completely absent from the film itself. But who needs a plot when you can watch something as sweet and funny as a 10-year reunion? Right?

The movie, “10 Years,” begins with a bland opening that skips any kind of character introduction. Before you know it, the screen is filled with a star-studded cast that comes off as more desperate for work than committed to this movie.

Paralleling the structure of teen party movies like “Can’t Hardly Wait” or “Dazed and Confused,” “10 Years” pokes fun at many different subjects that one might find at a 10-year reunion, such as getting old, career choices, marriage, divorce, and kids. However, instead of making you laugh, many of the subplots become awkward and quite depressing.

Channing Tatum, Chris Pratt, Aubrey Plaza, Kate Mara, Justin Long and Rosario Dawson are among some of the movie’s many promising key players. Yet none of them seem to make a connection with the audience. Each one of their stories seems to be more dull than the last. Chris Pratt acts as the only bit of real comic relief in the whole movie. Still, his character eventually falls flat and his performance is nothing compared to his performances in “Parks & Recreation,” “The Five-Year Engagement,” or even “Take Me Home Tonight.”

So is this movie a complete train wreck? Not exactly. There is one subplot in this movie that actually has the potential to draw some sort of joy or infatuation from the audience. Oscar Isaac and Kate Mara deliver a small helping of bittersweet romance that can hit close to home for anyone that had “the one that got away.” Oscar Isaac’s performance of the song “Never Had” draws more emotion in three minutes than the entire film. Oscar Isaac’s performance throughout the whole movie is the one that stands out amongst others.

After the rest of the subplots limp through the second half of the movie, we say goodbye to our characters with almost no closure. The film attempts to end with a bang, but instead comes off as desperate and disappointing. During the credits we are treated to a footage-reel that has some laughs but seems unnecessary in the end.

I get what “10 Years” was going for. Because, it’s what everyone was expecting from this kind of movie: A sweet and funny comedy about the one night every decade where we get to meet up with old friends and act like kids again. This movie should have nostalgia oozing out of the screen. Instead we are given a movie with a great cast and miles of potential that in the end fails to deliver the emotion and laughs. “10 Years” is a sweet comedy that means well, but is a total miss. 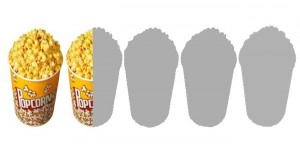 The De La Cruz Redirect: Instead of seeing this, just download Oscar Isaac’s song “Never Had”.