Revised Sept. 7, 2012, 10:43 a.m. to include the Washington County Democratic Party office address, and minor clarifications to the subject matter per request of Dorothy Engelman.

“I’m the first delegate from Washington County  in almost 40 years,” Engelman said. “That says something about how the Democratic Party is changing.”

Engelman, who assumed her role as local chair in the spring of 2011, was speaking of the increasing presence, accessibility and viability of her party in Southern Utah.

“Even though there is just one of me, it is a major comment that there is one of me,” Engelman said with her characteristic grin audible through the phone.

Seizing an opportune tangent, Engelman said that just having an office in St. George has made a difference in magnifying her party’s presence locally. She related a telephone call she had received during the convention from a man who had come upon the office and done something party related, calling to thank her for letting people know it is OK to be a Democrat in Utah. This has been an ongoing message of Engelman’s: To let people of Democratic viewpoint know that they are not alone in Utah.

The prominent highlight Engelman shared of the first days of the convention was the Utah LDS Democratic caucus hosted reception. She said that the Utah Democratic LDS caucus, which now numbers 2,000, is phenomenal considering that eight months ago there was no LDS Dems caucus. It first emerged during the county and state convention season earlier this year in Utah.

Crystal Young-Otterstrom, its chair, Utah Democratic Party Chair Jim Dabakis, and Senate Majority Leader Harry Reid, were among the speakers at the caucus.

Reid is the highest ranking elected Mormon in the nation, and was the standout speaker by Engelman’s telling.  “I’m a Democrat because I’m a Mormon,” Reid said by Engelman’s report.

The common tenets identified between the Church of Jesus Christ of Latter-day Saints and the Democratic Party are stewardship of the land, working together, helping others and the betterment of society as a whole.

Engelman said she needed a scorecard, that the teacher in her wanted to get flash cards to carry with her to help her know who she was seeing in the halls at the convention.

“It’s just neat to be able to shake hands with Harry Reid,” Engelman said, “to realize that these people are accessible and human.” Of him, she said:

“Harry Reid, he lives his faith he doesn’t shout it out – it’s not hello I’m Harry Reid and a Mormon and U.S. senator – he is such a gentle gentleman and really truly looks at his faith as who he is and it leads to what he does – that faith goes out and is seen in his actions – and I think that that’s something; that when the Democratic party reaches out to those folks of the Mormon church you can live your faith out through the Democratic Party not that you’re not doing it through the church but you’re amplifying your faith by doing it thru the Democratic Party.”

Engelman, herself, is not a Mormon, but that did not stop her from assessing the Mormon presidential candidate Mitt Romney in comparison with the Reid LDS Dem commentary. She said she has not heard Romney’s Mormonism brought up as an identifier of him when the Party is talking about him, that he has said that his religion is a personal thing where, essentially, Reid’s religion and party platform are inseparable.

“Romney says my church believes one thing and my platform says another,” Engelman said, “the Democratic Party is saying, ‘how can you put your faith to work for the good of the Party and the good of the world?’” 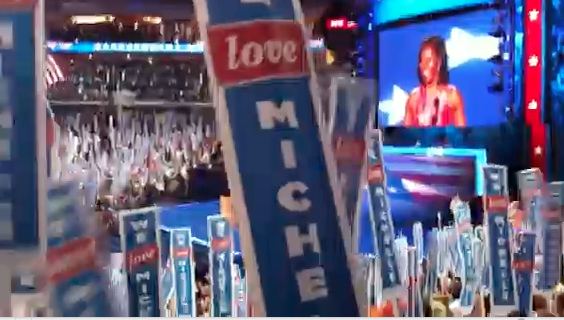 Latter-day Saint leaders honor pioneers of past and present

After more than 100-day wait, SUU to hold class of 2020 commencement