COMMENTARY — I asked a football coach one time if he was excited for the football season to start. He told me he would be more excited when the “second season” began. And if his team made the “third season,” that would be the most exciting of all. 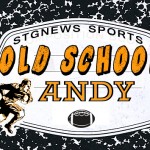 Sensing my confusion, he explained to me that he’d always looked at high school football as having three seasons. The preseason games, against foes from out of the region, is for solidifying positions, trying new plays and schemes and learning the intricacies of his players. The first three games (generally) were for finding out who was going to step up and make plays.

The “second season,” he explained, was the region schedule. These are the games that really count. Win at least half of your region games and you qualify for the “third season” — the playoffs.

It made so much sense to me, I wondered why I hadn’t looked at it that way before.

Winning is always the goal, of course. But in high school, the rankings mean nothing. Reputation does little for a team. Blasting a foe by 50 in preseason gets a team exactly zero credits toward any postseason berth.

Another problem with playing extremely tough preseason opponents is the injury factor. The more physical a team is, the more likely a coach is to see a key player get hurt. Of course, players get hurt against easy foes, too. But it seems less likely.

When the second season starts, coaches should be settled on line-ups and schemes and be ready to put their best product on the field.

Again, with the playoff spots being determined by region record, these games become crucial. Four of seven teams in Region 9 make the playoffs. Teams can afford a stumble or two, but realistically, losing more than two games puts a them in jeopardy of not even making the “third season.”

When the playoffs begin, teams know exactly who they are and should be playing their best football of the year. Sure, just making the playoffs, or the “third season” is an honor. But being satisfied with “just getting in,” is unlikely (ask the Flyers of 2011, who got blown out of the playoffs by Juan Diego).

So, as we embark on the second season this Friday, look for teams to start fine-tuning their machines. Dixie-Pine View should be a fantastic rivalry game. Hurricane always has a great battle at Cedar. And Desert Hills looks to make a statement at Canyon View . On a side note, Snow Canyon has one more “first season” game against North Sanpete as the Warriors draw the first region bye this weekend.

From here on out, every game means something big.

Andy Griffin is a sports commentator and the views expressed here are not necessarily those of St. George News.

Utah among top 10 states for mining, with resources totaling nearly $4B in 1 year