ST. GEORGE — West came to southern Utah Friday night looking for a fight. Little did they know, Desert Hills was waiting to knock them out of the park.

Despite a penalty onslaught that saw two Panthers players ejected, the Thunder slaughtered their northern rivals 35-3 in a stunningly heated contest.

“Football is an emotional game,” Thunder coach Carl Franke said. “It was emotional for both sides. The key is to have discipline and play under control. I thought our guys did that tonight.”

Desert Hills started out with a bang, scoring off its first drive in less than three minutes. Quarterback Ty Rutledge, who made his home debut in the role, escaped two tackles near the end zone and tossed a short pass to Jordan Hokanson for the quick score.

On the other end, West committed the first of several penalties in its second possession of the game and ended up punting after a failed third and long attempt.

The Thunder took less than two minutes to score on the ensuing possession. Rutledge found Josh Anderson cruising down midfield and hit him with a perfectly thrown 30-yard pass that set up the Thunder quarterback’s first rushing touchdown of the game. After Andrew Yergensen’s extra point, Desert Hills led 14-0.

And that was just the first quarter.

“We came out prepared for 300 (pounds) all across the line,” Brad Wulfenstein said. “We used our quickness to beat their size.”

With less than two minutes to go in the second quarter, West started getting physical. A total of 30 minutes passed before the first half ended due to various penalties thrown at the visiting team. A total of seven penalties were called during that span, including an ejection and a personal foul on each team.

“It hurts to get hit,” Wulfenstein said. “You don’t like it and you say a few words. We did well, though, and kept our cool.”

That “cool” was evident in the second half. Desert Hills stormed onto the field and scored on its first possession, courtesy of a few more penalties called against the visiting team. Rutledge finished off the drive with another beautiful 50-yard pass to Wulfenstein, who burned his defender and strolled into the end zone.

West then fumbled the ensuing kickoff and Stephen Heo recovered on the Panthers 34-yard line. Rutledge then carried the ball to the 17-yard line, then found Wulfenstein near the six. Bridger Cowdin finished the drive by carrying the ball through West’s tattered defense for the score.

After the extra point, Desert Hills held a commanding 28-0 lead.

The Panthers managed a field goal, but Rutledge answered with his second rushing touchdown of the night to cap the score off at 35-3.

Desert Hills will next face off against Canyon View to commence their Region 9 battle. 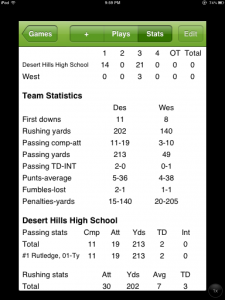 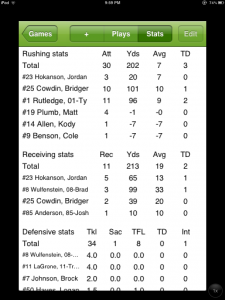 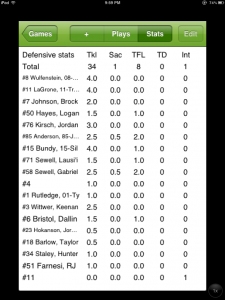 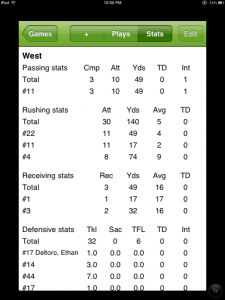 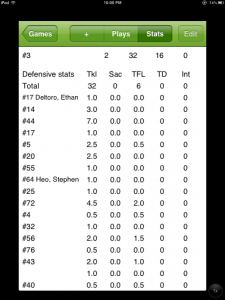