HURRICANE — Hurricane’s soccer team is starting to come together. 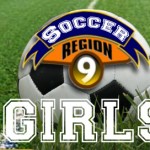 After losing its first three pre-season contests and its opening Region 9 bout against Dixie, the Tigers finally put together a win streak by defeating Canyon View 2-0 Thursday night.

Lynne Taylor scored the game’s first goal with 2:20 remaining in the first half, and then held off some fairly physical Canyon View play for the win.

“I just knew that at that point in the game we needed to score,” Taylor said. “We needed the adrenaline going into halftime.”

Surprisingly, the game’s most decisive score came from Canyon View’s Ashley Damavandi. The athletic senior accidentally nudged the ball in the wrong direction in the second half and gave Hurricane its second score of the contest.

Despite that minor miscue, Canyon View played a solid game on both sides of the field.

“They have some fast players,” Taylor said. “They cleared the ball a lot and made us chase after it. And they won a lot of possessions.”

Both squads came out with ferocious energy. The Tigers held possession for much of the first half and put Canyon View’s defense to work. Stormi Stratton led her team on a charge early in the game and kicked a high arching shot right into keeper Jaycee Slack’s arms.

Later, Canyon View’s Katie Lawley collided with Tiger keeper Cierra Stratton just outside the goal box. Stratton was on the ground for several minutes before her teammates and coaches helped her off the field.

“I just hit my head on her body somewhere,” said Cierra, who returned to the game late in the second half. “(The hit) didn’t bother me. It’s always good to have a physical game.”

With 24:11 left in the first half Lawley attempted a 20-yard kick, but Allen deflected the shot downfield. Later, Kenzie Evans launched a 30-yard attempt, but again found Allen standing in her way. The quick-thinking keeper batted the ball away and then blocked Ashlee Braun’s follow-up attempt.

“(Jaquois) played awesome tonight,” Nelson said. “It’s great to have both Cierra and Jaquois on our side. I feel confident in both of them.”

On the very next play, Stormi Stratton headed a drive up the right sideline. She crossed the ball through defenders and made a perfect pass to Taylor, who, after losing control, collected herself and launched a 20-footer into the back of the net.

“It was a great pass,” Taylor said.

The Falcons came out with even more gusto in the second half and held onto the ball longer, but couldn’t get a shot past Hurricane’s defensive lines. CV has lost four straight game after starting the season 4-0.

With the loss at Dixie officially being disqualified, the Tigers now own a three game win streak and remain undefeated against Region 9.

“This is my first year coaching,” Nelson said. “I knew it was going to take a while to get my offense and techniques going, but I feel like we’ve reached a turning point. We’re only going to get better throughout the season.”

Elsewhere in Region 9, Dixie and Cedar tied 1-1 on the Reds field, with Kassie Tripp netting the Flyers only goal.

Snow Canyon shook off their recent defeat and downed Desert Hills 1-0 thanks to a goal by Forsake Snyder.