Region 9 – The top-ranked Hurricane Tigers will hit the road as a headline to the Week 2 match-ups.

The Tigers play at West Jordan, a team they beat 48-36 in Hurricane a year ago in a wild affair that featured eight different scoring plays in the first half, including a safety. Hurricane had built a 35-14 halftime lead against the 5A Jaguars. The Tigers led 48-20 in the fourth quarter before WJ staged a comeback that brought them within 48-36 with two minutes left. 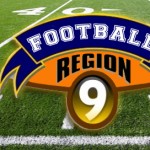 Dixie, the only other Region 9 team to record a win in Week 1, will play at home again against Arizona’s River Valley. If last season is any indication, this one may get ugly. The Flyers led 38-0 at half a year ago and pushed the lead to 59-0 before a score in the game’s last minute got River Valley on the board.

Snow Canyon lost a close one to San Juan, but the Warriors return home this week and will take on Shadow Ridge, a school in the Las Vegas area. SC out-gained the San Juan Broncos last week, but committed two costly fumbles that thwarted any comeback try.

Pine View got shut out by East in the season-opener and also faces the prospect of playing without starting quarterback Kody Wilstead. The sophomore broke his tibia (near the ankle) and required surgery for the repair. He will be out at least six weeks. The Panthers hope to rebound from playing one of 4A’s best teams by playing at Orem, which got blasted by Herriman last week. The Tigers gave up nearly 500 yards of offense in the 49-21 loss.

Cedar’s tough preseason schedule continues with a road trip at Highland. The Redmen lost 26-14 at 5A American Fork last Friday. Highland comes in 1-0 after a 21-10 victory over West.

Desert Hills will take the week off after suffering a 38-13 loss at 5A Syracuse in Carl Franke’s debut as the head coach.