COMMENTARY — Playing word association in March or June is a whole different experience than when the same game is played in mid-August.

For example, in the spring or early summer words like collision, impact or crash may conjure terrifying images of car accidents, plane tragedies or trips to the hospital. But in August, words like those make me think of linebackers and fullbacks, safeties and wide receivers, defensive ends and quarterbacks.

Mention speed, motion or a quick read in March and one might begin a conversation on Lamborghinis, ocean liners or a paperback book. But not in the late summer. Those words bring to mind 40 times, slotbacks and the spread offense.

And in June a discussion on snug pants or gun control laws may ensue if you mention tight ends or the shotgun. But we know that all these words, along with (hopefully soon) cooler weather mean just one thing: football season is here. 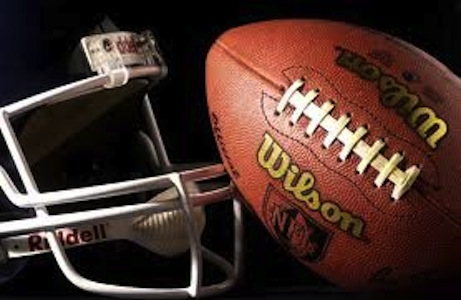 In America football is king. I grew up just as this was developing. When I was a kid, the real stars were the baseball players. They made the most money. They got the prettiest girls. They drove the nicest cars. They even had the coolest nicknames, monikers like Catfish Hunter and Hammerin’ Hank Aaron.

For awhile, basketball made a play for America’s heart. Larry Bird and Earvin “Magic” Johnson captured the imagination of young sports fans. But in a country founded on blue collar ethics, hoops was a little too flashy for everyone to embrace fully.

But football, with its missing-toothed, wild-eyed linemen and hard-working, every-man players, now that was something we could embrace.

Plus, football offered controlled violence. We loved the big hits and bone-jarring collisions, after which both guys got up and went back to the huddle and got ready for the next play.

So, like everyone else, I fell in love with football. I played it with all my heart. I adopted favorite teams after my playing days and lived and died with their successes and failures.

And during the off-season, I waited. Impatiently. For it to return.

Friday night our Region 9 teams suit up for the season-opening games in the 2012 season. College ball will follow, then the NFL will kickoff its regular season.

I’m as happy as a cat on a tuna boat.

Our local teams, Dixie, Hurricane, Pine View, Desert Hills and Snow Canyon, are not shy in the games they have scheduled to open the season with.

Dixie and Hurricane will begin with home games, but they won’t be easy. The Flyers have a half-decade long tradition of playing Springville the first game of the year and the 4A Red Devils always challenge Dixie. Last year the Flyers won the match-up 41-35 in overtime.

The Tigers are into their fourth straight season-opener against former Utah football powerhouse Skyline. While the Eagles are no longer among Utah’s elite, the 4A school still brings a lot to the table. Hurricane has won the last two times the teams have met.

Pine View and Desert Hills both hit the road for an extreme match-up against playoff teams from higher classifications. The Panthers play at East, a 4A finalist from last season. The Leopards have beaten the Panthers the last two seasons.

Desert Hills may have the toughest task of all. The Thunder play at 5A Syracuse, a team known for its defense in a tough Region 1.  Last year the Titans beat Desert Hills 14-12 on their way to an 8-4 season and a trip to the 5A semifinals.

Snow Canyon is also on the road Friday, traveling to Moab to play San Juan. While the Broncos are in a smaller classification (2A) than the Warriors, San Juan is known as a football powerhouse and went 10-1 last season.

My biggest regret this weekend is that I can only go to one game in person.

Good luck to all our local teams. This first week of games may be tough, but no matter what happens, I am happy.

* Andy Griffin is a sports commentator and the opinions expressed are his own and not necessarily those of St. George News.