MOVIE REVIEW – Jay Roach has been known for his successful comedies. He first saw success with the Mike Meyers film “Austin Powers: International Man of Mystery.” Then with “Meet the Parents;” since then he has kind of been playing off the sequels of those two franchises until 2010 when he directed “Dinner for Schmucks,” which saw light success critically and financially.

Now, after a few TV movies, Roach is back with his much edgier political comedy, “The Campaign.” In it, we meet Cam Brady (Will Ferrell), a congressman who has achieved success politically because he has run for congress in his district for years unopposed. As a new election season starts, two rich CEOs attempt to gain control of that district for a Chinese labor scheme. So they enlist the help of socially awkward Marty Huggins (Zach Galifianakis).

The whole plot of this movie is absurd and probably highly unlikely to happen in any future America – hopefully.

However, as more of a spoof on how American politics works these days, this movie does play. From the ridiculous campaign ads, to the mud-slinging techniques used by real political figures. It’s not to be taken seriously as a movie, but at the same time it offers a sense of familiarity with the political tactics it employs.

Will Ferrell’s performance is good, but I couldn’t help but feel that we’ve seen this character before. Cam Brady lies deep within Will Ferrell’s comedic prefrontal cortex, somewhere between Anchorman Ron Burgundy and NASCAR driver Ricky Bobby. His antics, rants, and clearly improvised lines of dialogue are funny, but nothing new from Ferrell.

Zach Galifianakis shines with a hilarious performance that steps away from his usual deadpan comedy and steps into a more theatrical and flamboyant character. His portrayal of Marty Huggins rings a familiar bell if you have ever seen Zach’s comedy show “Live at the Purple Onion.” A tip of the hat to Dylan McDermott’s performance is also necessary.

Politically, this movie is obviously pointing fun at southern conservatives. Not necessarily for their political opinions, but for their mannerisms, choice of words, and political tactics. It also spoofs the Koch family using a set of brothers called the Motch brothers (played by Dan Aykroyd and John Lithgow). I know that many people can be sensitive about their political and religious beliefs, but this movie shouldn’t offend conservatives. Especially due to the fact that you could make the same movie about liberals, and it would be equally as funny. All I’m saying is, we live in the age where offending people is a crime and this film does not deserve to be so die-cast.

I think people should be able to laugh at themselves.

The laughs are delivered pretty consistently throughout the movie. Toward the end of the second act, the writing begins to get a little sloppy, it limps into the final act and eventually the climax. At the end of the day, “The Campaign” is a raunchy political satire that lays the laughs on thick, but remains light on the story structure. 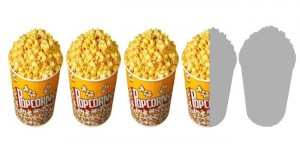