His book, “plygs,” is a fact-based novel based on his 17-year career as a southern Utah journalist.

“This is a story about how some people will do anything in the name of religion,” Kociela said. “It’s about love, lust, and greed and the heartbreaking loss of innocence.”

He said although polygamy has been a part of the Utah culture for many years, the modern-day effects are still relevant politically, socially, and, most importantly, morally.

“I really don’t care which religion people believe in or what consenting adults do with each other or to each other,” he said, “but when innocent children are brought into it, the picture changes dramatically. Some of these girls who are placed into marriage should still be playing with dolls instead of raising babies of their own.”

“As the parent of a blossoming daughter, who was raised in a place where polygamy is a part of the culture, it breaks my heart to think of other young girls and the lives they missed because they were trapped in a religious culture that would not only deny their childhood, but womanhood and individuality as well.”

The societal effects, he said, are equally distressing.

“I don’t see how public officials who are so determined to run undocumented workers out of the country can sleep at night when, on one hand, they are going after a group of people who they insist are a burden on the system, while turning a blind eye to another that flaunts the fact that they are ‘bleeding the beast’ by fraudulently collecting food stamps, health care benefits, and other forms of welfare.”

“Look, we have two presidential candidates who come from a polygamous background,” Kociela said. “One acknowledges it while the other tries to distance himself from his roots. An elected public official’s religion and heritage do, whether we like it or not, become part of the greater issue and an honest examination of their beliefs — religious as well as cultural and political — is not without reason. I want to know who they are, where they come from, and what their values system is based on, and obviously, voters do too, otherwise there wouldn’t be so much discussion about it. Is that fair? You have to make your own decision about that.”

This is not Kociela’s first step into the creative arts.

His play, “Downwinders,” was selected for a week’s worth of readings as part of the Utah Shakespeare Festival’s  “Plays in Progress” series, now known as the “Great American Playwright” series. He has also written two screenplays.

This was, he says, a much different challenge. 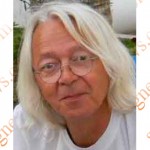 “There is an emotional attachment to every creative project,” he said. “This one? It captured my soul. Over the years, the emotional impact of meeting people from this culture and seeing how their lives were shattered tugged at my heart. Finally, about a year and a half ago, I started capturing the words that had been strung together in my mind and arranged them into this book. I purged some emotional demons in the writing of “plygs,” while at the same time, creating some newer, darker ones.”

The book is currently available only in online form.

“We talked to some people and weighed the options of searching for a literary agent and publishing house, but the thing is, I have seen what has happened to the arts since the ‘corporatization’ of the music, film, television, and book industry,” he said. “Add that to the true independence of self-publishing in a timely manner and the savings that can be passed on to readers whose wallets may have thinned in this downtrodden economy, but whose appetite for new books has not. The online world solves that problem. There is also an immediacy and intimacy involved in this medium that cannot be denied.

“Plus, I am a huge believer in the revolution of ‘new media,’ as it is called. We see the traditional vehicles for communication falling by the way as more and more people turn to the Internet for news, research, and entertainment.”

“Plygs” is available in Kindle edition on Amazon.

Legislature wraps with more than 500 bills passed, including education funding, redistricting and polygamy

No longer a felony: Bill that changes polygamy to an infraction passes House