ST. GEORGE – The three major fires adjacent to the St. George area are the Baboon Fire, which started yesterday just south of Minersville, the Hobble Creek Fire and the Plateau Fire, located on the Arizona Strip, which started midday Wednesday.

There is no current mapping of these fires available from the Color Country Interagency teams but to assist our readers in seeing where the fires are located, thermal images are included with this report as collected by the Moderate Resolution Imaging Spectroradiometer and provided by Geomac Wildland Fire Support.

The images are each composites of two satellite images taken at 2 p.m. EST and midnight EST, released at 3 a.m. EST.  In other words, the maps presented with this story reflect imagery taken yesterday, not today.  The red indicates active fire and the yellow reflects fire activity during a period 12 hours recent to the image.

The Baboon fire which started yesterday around noon just south of Minersville has increased in size to 19,000 acres at 11:30 a.m. today.  Yesterday’s road closure of Highway 130 was lifted and then reinstated as the night wore on.  Currently the highway is open and further closure is not anticipated. The fires is south of Utopia Road, which comes out of Minersville.

As a precautionary measure, personnel were evacuated last night from the Circle Four Farms, a major producer of hogs and one of the largest employers in the area. The hogs were not relocated and the evacuation was lifted this morning.

Fire Information Officer Don Carpenter said the Color Country Interagency Type III team did assume management of the Baboon Fire this morning, the same intact team that had been managing the Shingle Fire.  Resources needed have been ordered and some are already in place. The team is utilizing helicopters and ground crews, attacking directly and indirectly.  Indirect measures include aerial and building fuel breaks at the bottom of hills, for example.

The fire did receive light rain last night on the west side, and fire fighters concentrated most of their efforts on the north end to keep it from crossing Highway 130.  As a result, it is now burning to the south and the west where the primary heat is.

No homes have been lost and no injuries reported. 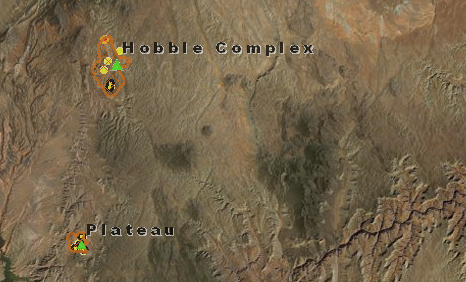 Containment for both fires is unknown at this time.  Rachel Tueller, Fire Information Officer, stated in her report that containment progress is dependent upon weather and resource availability. If weather forecasts are correct, these regions might receive up to 1/2 inch of rain tomorrow which would assist fire crews in mitigating these fires.

The Hobble Creek fire is located  35 miles south of St. George near the Grand Wash Cliffs on the Grand Canyon-Parashant Monument.  At midday today it is assessed at 18,000 acres and containment is unknown at this time.

Roads surrounding the fire are being closed for public safety purposes this afternoon. The 101 Road was closed from Wolfhole to Pakoon. Black Rock lookout was evacuated.

Clint Coates’ Color Country Interagency Type III Team is in command of the Hobble Complex.  A mix of single engine air tankers, Type I Helicopters, several engines are currently working on these fires. Engines and aviation assets have been ordered for these fires.

Several structures related to ranching are threatened including out buildings, (barns/sheds).

The Plateau fire is located 65 miles south of St. George, Utah, near Snap Point on the Grand Canyon-Parashant National Monument. At midday today it is assessed at 4,500 acres.

Roads surrounding the fire are being closed for public safety purposes this afternoon.

Several structures related to ranching are threatened including out buildings, (barns/sheds).

Type III, Type II and Type I commands relate to the complexity of the fire and the amount of overhead, training, management and team communication the commands can bring to the fire.  Type II teams have been around more complex fires – it could be with regard to structures, homes or the terrain itself – and typically train and remain together as a team over time.

Fires need to go through what is called a “burning period” before they are comfortable claiming containment percentages. “Zero doesn’t mean we don’t have control lines already in,” Fire Information Officer Mark Wilkening said with relation to the recent Shingle Fire, “it just means it hasn’t gone through the burning period so that we are comfortable saying  (the lines) are holding.”